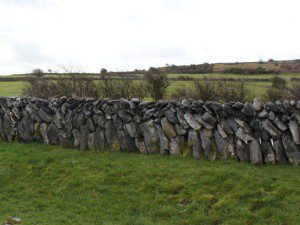 Rhyd Wildermuth has a long and thought-provoking essay on Saturday’s Wild Hunt titled Manifesting An Other World.  In it, he argues that beliefs should mean something – they should cause us to take action to manifest the kind of world we say we value.  This is particularly true for those of us who worship Gods we believe are real, distinct, individual beings – Gods who are capable both of blessing us immensely and of making our lives as miserable as Prometheus.

Many Pagans don’t seem to take the kind of strong action our professed beliefs would suggest.  Rhyd sees much of this as a lack of freedom.  He’s not wrong, and his comment that “the moment you act as if the gods are really-real, you will be called insane” reminds us of the power of the mainstream culture and of consensus reality.

At some level, though, this is not a question of lack of freedom but of lack of will.  I was reminded of the quote from G.K. Chesterton (1874 – 1936), who, speaking of his Christianity, said “it has not been tried and found wanting, it has been found hard and not tried.”  I would argue that’s true of any religion worth a damn.

I remember when I first discovered Paganism: the relief at the idea that God is more than an angry old man looking to smack you down for breaking his impossible rules, the joy that sexuality was something to be celebrated and not something to be ashamed of, the possibilities of magic, and perhaps most importantly, the wisdom expressed by the Reformed Druids of North America:  Nature is good.  And likewise, Nature is good.

Eventually, though, it became apparent that if my Paganism was going to be as deep and as meaningful as I wanted it to be, it would have to become a two-way street:  giving as well as receiving and working as well as celebrating.  Some call that balance – I call it reciprocity.

Life can be joyful, but it’s also hard.  There is pain, suffering, and loss; there is injustice and hatred; there is poverty, war, and disease; and eventually there is death.  Our religions help us deal with these difficulties by placing them in the context of a greater narrative, by encouraging a community of mutual support, and by empowering us to take action to make things better for ourselves and for others.  These benefits are helpful and necessary, but it is easy to forget when we’ve received enough and when it’s time to give.

And to Rhyd’s point, this is doubly hard when what we need to give goes against the mainstream, its values of consumption and exploitation, and its motto of “I’ve got mine, screw you.”

If I said I had a good solution I’d be lying.  I can preach the value of Pagan piety as well as anyone, but I can also tune those sermons out just as well as you can, particularly at the end of a long week when I’m tired and frustrated and just want some mindless entertainment and a nice bottle of wine.

I do know this:  manifesting an otherworld – or a different this-world – is an act of will, and as Thorn Coyle explained, will must be exercised and trained like a muscle.  We may be born willful, but breaking our will is a priority of our education and employment systems.  We’re told what we should want and how we should want it – those who cooperate are rewarded and those who rebel are punished.

The biggest stress reduction in my life came when I accepted that I want what I want and not what I had always been told I was supposed to want.  I was well into my 40s when that happened.

I’ve found two helpful exercises for the will.  One is daily spiritual practice.  Whether it is prayer, meditation, walking, making offerings, or any of the many spiritual practices, the act of pausing every day and doing something that is both intentional and in explicit alignment with your religious values helps build the will.

My prayer beads broke for the third time a few months ago and I haven’t restrung them, but they did their job – after three years of praying four times a day, I don’t miss too many rounds even without the tangible reminder.

Doing this once or twice or ten times won’t make you immune to the sway of popular culture and the maleficent sorcerers of Madison Avenue.  But it will begin the immunization process.  After a few dozen times it gets easier – because your will is stronger.  Not easy, but easier.  After a few hundred times it becomes second nature – because your will is stronger still.

It gets easier, but it never gets easy.  Manifesting an other world is hard work.

But if our beliefs mean something, if our experiences of the Gods are more than a pleasant interaction of brain chemistry, then we have a calling to manifest the kind of world we say we value.

What kind of world do you value?

What do your beliefs tell you to do?

What will you do to strengthen your will? 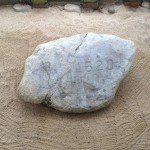 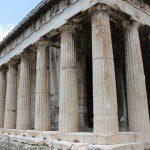 July 8, 2014 Paying Pagan Clergy – An Organic Approach
Recent Comments
0 | Leave a Comment
"To build off of this: these are numinous, cosmic beings. The idea that deities are ..."
thelettuceman Worshipping Deities From Different Cultures
"It's hard to say without more detailed investigation, but if you feel the house is ..."
John Beckett What To Do When You Think ..."
"I just discovered your blog and I went through most of the articles. When I ..."
Bronach To Everyone Who Was Called by ..."
"My step dad is having these nightmares. The dream starts normally but then he feels ..."
Melanie Badley What To Do When You Think ..."
Browse Our Archives
Related posts from John Beckett