Faith in the Wrong Things 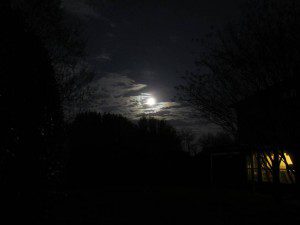 Those of us who are blessed with the gift of foresight are also burdened with the curse of Cassandra – no one believes us until it’s too late. Those of us who see themes and big pictures and root causes are continually frustrated by those who can’t or won’t see beyond their immediate self-interest, or what they’re told is their self-interest.

And then there are those who have radically different values, those who think empire and dominion and patriarchy and theocracy are good things.

I look at the results of yesterday’s elections and I’m disappointed. I’m angry. And I’m just a little scared.

I’ll leave the political analysis to those better qualified. I’ll simply point out the obvious: in this century, neither party has been able or willing to do anything of substance beyond catering to the desires of the very rich. And despite much hard work by well-intended people, third parties remain irrelevant.

This is beyond frustrating for those of us with a little vision. There are major social ills that need to be corrected. There are injustices that need to be righted. Climate change, resource depletion, and species loss continue unabated and no one is willing to even consider effective action. This is what politics is supposed to be for, to give leaders a chance to lead and to challenge the public to support the common good.

It isn’t happening. And if you think things will be different in 2016 or 2020 or 2024 you’re ignoring an ever-growing mountain of evidence. The political process is becoming increasingly irrelevant. Yes, when people are allowed to vote on specific issues they often do well: two more states legalized marijuana yesterday, and my spiritual home of Denton, Texas banned fracking (and was promptly sued by the oil and gas industry). But no matter who is elected, our representative democracy is broken, perhaps beyond repair.

We are living in an era of decline and there is nothing we can do to reverse it. We can’t put more oil in the ground. It’s too late to prevent climate change. Politicians’ shouts of “our better days are ahead of us” aren’t supported by any evidence. We are fighting over a shrinking pie and the very rich are making sure their piece doesn’t go down.

We’ve put our faith in the wrong things.

There’s a reason why Morrigan, a Goddess of Sovereignty, has been so active in recent years. There’s a reason why She’s been calling priests, devotees, and ordinary people to reclaim their sovereignty, band together with their tribes, and prepare to fight. She inspired and supported the Tuatha De Danann in their fight to overthrow the Fomorians, and although none of us know all of Her plan, our job in it is clear.

There’s a reason why there’s a growing interest in traditional witchcraft – not the religion of Wicca but the hands-on practice of healing, protection, and spell casting. Witchcraft is “the recourse of the dispossessed, the powerless, the hungry and the abused.” Those of us who are closed out of official avenues of power will find other ways to exercise it.

There’s a reason why even my own tradition of Druidry, historically the most conservative of the Pagan and esoteric paths, is beginning to explore its darker side. The Priests of Nature know our fate is tied to the fate of the Land, the Sky, and the Sea, and we’re starting to understand there are some times when we just can’t be nice non-threatening tree-huggers.

The political process has failed as a primary means of changing the world. Those of us who put our faith in Democrats – or Republicans, or Libertarians, or Communists, or any other party – have been let down over and over and over again. There is no reason to expect things will be different next time.

Instead, put your faith in the Gods. They are older, stronger, and wiser than we are. They are not our providers, but They offer something more important: the opportunity to be a part of something bigger than ourselves.

Put your faith in your ancestors. They faced incompetent politicians, tyrannical monarchs, wars, famines, plagues, ice ages, and more and they survived. Draw on their experience and learn from their resiliency.

Put your faith in Nature. The Earth is 4.6 billion years old and it will be around another couple billion years. We can do great damage and we can make it inhospitable for ourselves, but the Earth will remain. And if we learn to work with Nature instead of trying to dominate Nature, our lives will be much simpler and more secure.

Put your faith in your tribe. Alone, any of us can be run over. Together, we are much more formidable. Support your families of blood and of choice. Find common ground and common cause with others. Make alliances and honor your commitments.

Put your faith in yourself. Do what you have to do to take care of yourself and your family. Reclaim your sovereignty and exercise it regularly. Study, practice, and learn. Conduct yourself with honor, but ignore the rules set by others for their own benefit.

I take no joy in this pronouncement. Self-reliance is great as a personal strategy, but as public policy it’s an excuse for those with much to avoid their obligations to the common good. I don’t want a Libertarian voluntary society. I want a Scandinavian social democracy with high taxes, high benefits, and a high safety net.

But not only are we not going to get that, we’ve lost much of the social contract of post World War II America, and the rest is gradually being outsourced and clawed back in the name of profitability. Effective magic – or pretty much anything else – requires dealing with things as they are, not as we wish they were.

Don’t ignore politics. Good does occasionally come out of it, and if you think things are bad now, imagine how bad they’d be if the dominionists and theocrats were unopposed and unchecked. Vote, and if you feel called to do more, do more. 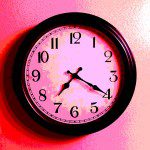 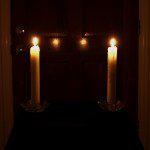 November 9, 2014 Ordeals of Initiation
Recent Comments
0 | Leave a Comment
"Great stuff. Thank you! In answer to your implied question - the first spell I ..."
Anastasia Kashian The Best Way To Learn Magic ..."
"2016 was a bad and a good year for me.. I was pregnant and also ..."
Anne Kingham Are You Better Off Than You ..."
"Another geologist here. The habit of thinking in terms of deep time and knowing that ..."
Grendl Riverstone “The Storm” and “Tower Time” – ..."
"North of 70, its a stepstool. Been there."
Kyllein MacKellerann " Are You Better Off Than You ..."
Browse Our Archives
Follow Us!