“Mother Nature is going to treat us like the infection we are.”

“The Earth will be better off without humans.”

“99% of humanity will die in one generation.”

“We’re all going to die anyway.”

There are a lot of predictions about the future floating around the Pagan internet these days and most of them are unpleasant.  Some of the predictions rise to the level of prophecies1.  I made my case two weeks ago:  the Western lifestyle is based on cheap fossil fuels and they’re running out.  Collapse is inevitable even if it won’t be particularly sudden.  Once we get through the collapse I think our species will do just fine (though future generations will live very differently from the way we live), but others don’t share my optimism.

All this speculation has a huge problem:  it greatly oversimplifies extremely complex systems, factors, and trends.  There’s no way around that oversimplifying.  Look at the trouble we’ve had with climate modeling.  Now try to add in how diverse groups of humans and other animals are going to respond to climate change and to each other.  You end up with a calculation even a supercomputer couldn’t perform, assuming we could create a complete and accurate model, which we can’t.

So we oversimplify.  Mostly that’s OK – it gets us thinking about where our individual and collective choices are taking us and what we might want to do differently.

But sometimes that oversimplification causes us to overlook things that are very important – like our friends and allies.

P. Sufenas Virius Lupus wrote this very personal description of his situation.  E is diabetic and without insulin E will die in a matter of days.  Without the industrial infrastructure required to produce large amounts of highly consistent insulin on an on-going basis, Lupus – and several million people like em – can’t continue to live.

Modern technology isn’t necessary for humans to live happy and fulfilling lives, but what kind of life would Stephen Hawking have had without it?  What contributions would he have made to human knowledge?

This doesn’t mean we can’t contemplate changes or that changes won’t be thrust upon us – we can and they will.  It does mean we need to be sensitive to the impact of those changes on everyone.  It’s one thing to appreciate the raw power of a tornado.  Shouting “look at that beauty go!” while it’s destroying people’s homes is another matter.

Prophets are easy to ignore, and prophets who predict bad things will be ignored.  Most people’s lives are hard enough without someone telling them they’re about to get harder, even if they’re telling the truth.  Being a prophet is a rough life, which is probably why so many prophets try to avoid the call (see the biblical story of Jonah).

Prophets’ first responsibilities are to their Gods and to the integrity of the messages they carry.  You simply can’t sugarcoat what They tell you, whether your prophecies come through ecstatic possession or through careful observation of facts and trends.  The prophet’s responsibility is to tell the truth, the whole truth, and nothing but the truth.  The community’s responsibility is to listen, to consider the implications of the prophecy, and to not shoot the messenger.

It’s helpful to remember that prophecy isn’t magic.  Our words don’t change the facts.  Either Western society will retain the infrastructure and energy resources to produce insulin, or it won’t.  Our prophecies and predictions can’t cause our insulin-dependent friends to die.  But they can cause them to feel less valued.

When the oppressed fight among themselves, only the oppressor wins.  I don’t know who said that, but they were right.

The purpose of prophecy isn’t to show how pious or how smart the prophet is.  If your motivation is to have someone find your blog or pick up your book 500 years in the future and say “damn, that guy really saw what was coming” I think your priorities are out of whack.  The purpose of prophecy – like the purpose of divination – is to show people what’s coming so they can take action to make the future better, or at least less worse.

And that means just relaying the message isn’t enough.

For most of us, our image of a prophet comes from the Old Testament:  a lone preacher calling on the people to repent and “let justice roll down like waters and righteousness like a mighty stream.”  Let’s remember an important fact all my Sunday School teachers neglected to point out:  they failed.  Oh, they delivered their prophecies faithfully.  But Israel didn’t repent, didn’t establish justice, and in 70 CE the Romans wiped their country off the map.

It’s not enough to tell people what’s wrong with the world.  It’s not enough to be the Ghost of Christmas Future and tell people all the bad things that are coming if we don’t change our ways.  This is the classical liberal error of political debate – thinking that if we could just get people to see the facts they’d agree with us.  But true Scrooges are rare.  Most people – including most Pagans, liberals, and other supposedly intelligent and enlightened folks – find it far easier to pretend nothing is wrong or that nothing bad will happen to them than to actually deal with unpleasant reality.

If we want people to actually pay attention to the prophecies we receive and the observations we make, we can’t just say “here’s what’s going to happen.”  We also have to say “here’s what we can do with it” and “here’s how it will be better for us – for all of us.”

There are many people who, when faced with the inevitable end of the Western middle class lifestyle, say “I hope I’m dead by then.”  Think about what they’re saying:  without all the stuff we have, life wouldn’t be worth living.  What must their ancestors think of them?!  The lives of our medieval, ancient, and prehistoric ancestors were meaningless because they didn’t have cars, cell phones, and tropical fruits in the subarctic???

Those “meaningless lives lived in misery” are why we still have all those stories about our ancestors and why we Pagans love to tell them.

If we live virtuously and heroically, if we love and care for our family and friends, and if we do what must be done to live as well as we can, we can have meaningful, successful, and happy lives under any circumstances.

To my friends who are prophets: if all you can do is tell us what’s coming, then preach on.  You will have done us a service, and you will have fulfilled your obligation to your Gods. But the world needs prophetic leaders too.

The end of the contemporary Western lifestyle is coming – of that I am sure.  I’m not sure when, or how, or to what extent.  I suspect P. Sufenas Virius Lupus and the diabetics who come after em will have their insulin, though I’m not sure exactly how and I could be wrong.  There’s a lot I don’t know about the present, much less the future.  Predicting the future isn’t my calling.

My calling is to help teach and demonstrate the beliefs and practices that will be helpful both now and in the world to come. 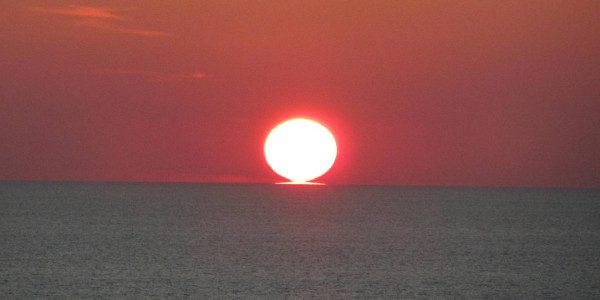 1 A prophecy isn’t just a prediction.  It’s a prediction that has a moral, ethical, or spiritual element to it.  The nightly weather forecast is a prediction.  Anticipated increases in average global temperatures due to increased atmospheric carbon dioxide is a prediction.  The anticipated human death and displacement, and the extinction of other species due to climate change is a prophecy. 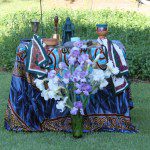 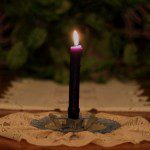 April 21, 2015 The Candle of Earth Day
Recent Comments
0 | Leave a Comment
"I recently caught a bit of the Dateline documentary about the Love Won group and ..."
Debbrah Foxveil Channeling a God, or Why People ..."
"I haven't read this one, but I've heard it's quite good. Thanks for the recommendation."
John Beckett Five Non-Pagan Books For Pagans
"I'd add "God Is Not One: The Eight Rival Religions That Run the World and ..."
Helmsman Of-Inepu Five Non-Pagan Books For Pagans
"I'm glad you wrote about this. While I don't regularly practice sigil and other spell-casting ..."
OrderInTheQuartz The Currents of Magic are Getting ..."
Browse Our Archives
get the latest updates from
John Beckett
and the Patheos
Pagan
Channel
POPULAR AT PATHEOS Pagan
1