The Candle of Earth Day 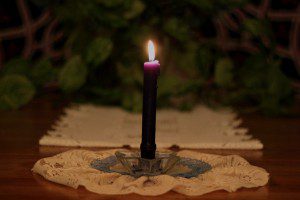 Tomorrow, April 22, is Earth Day, the annual world-wide celebration of Nature and call to environmental awareness and action.  Thoughts on Earth Day vary widely:  from “every day is Earth Day for Pagans” to “Earth Day is like bringing flowers to the spouse you beat up last night” to what is perhaps the most accurate “it’s just not enough.”

This blog post is pretty much all of my observances – Earth Day isn’t part of my cycle of holidays.  I’m getting ready for Beltane in a week and a half.  I’m co-leading Denton CUUPS’ Beltane Circle which will include a working to protect the land from those who would exploit it.  Last November Denton passed a referendum banning fracking inside city limits.  Now the Texas State Legislature is about to overrule it.  Many of us are working through legal and political means to preserve the ordinance, but we’re going to use all the tools in our toolbox, including our spiritual and magical ones.

California is in the middle of a drought of historic proportions and the state recently issued new water-use restrictions.  There’s a meme going around Facebook that says “I knew the polar bears were going to die, but nobody told me my lawn would turn to crap!”  We humans can do great things and show great compassion, but we can also be incredibly selfish.  If something doesn’t affect me, it’s not a problem.  And if it’s not going to affect me for a long time, I can pretend it will never happen.

The folks in Denton banned fracking because it was affecting them:  fracking rigs in residential areas, heavy truck traffic carrying fracking waste, and the on-going danger of leaks and explosions.  They could see what others could not… or will not.

The legislators working to overturn the ban don’t care – it’s not in their neighborhoods.  If we ban fracking, a few people will lose their jobs and we might have to pay more for energy.

How do you rearrange people’s priorities?  How do you change their values?  Mostly you don’t.  That’s why I think the collapse of the West is inevitable.  Not enough people are willing to do the things that are necessary to smoothly transition to a sustainable lifestyle.  It’s a depressing realization.

I see a lot of people in the Pagan community cursing the darkness.

I share their concern.  I understand their anger.  I’m a Nature-centered Pagan who believes with all his heart that the Earth isn’t a “resource” to benefit humans, the Earth is a sacred being with her own inherent value, worth, and sovereignty.

Our materialist friends and neighbors – most of whom consider themselves Christians – have lived in utter darkness for so long they no longer know what light is.  Earth Day may be the only candle in their lives, or at least the only candle they notice.

Peter Grey, author of Apocalyptic Witchcraft, has a guest post on Patheos’ feature on Global Care.  He accurately describes the limits of Earth Day when he says

When Earth Day talks about ‘a conversation’ and ‘changing values’ it pretends that our imminent extinction is some terrible mistake that we can rectify by patiently explaining the truth to those in power. Unless it identifies the cause of the crisis, and the severity of it, Earth Day will achieve nothing.

I find Peter Grey’s work inspiring, but I think he’s wrong here.  Yes, we need drastic action.  Yes, those of us who are awake have an obligation to do much more than praise the Earth once a year.  Yes, we need a witchcraft that gets its hands dirty – both figuratively and literally.

But it’s still better to light a single candle than to curse the darkness.

Because some of them will notice the candle, and they’ll wake up and see what’s going on around us.

And we will be greater than we were before. 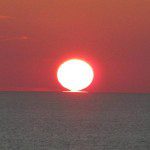 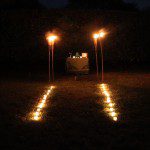 April 22, 2015 Beltane – A Solitary Ritual
Recent Comments
0 | Leave a Comment
"I finally have time to watch it and started yesterday. It has a Riverdale/Sabrina vibe, ..."
Nekoshema Wednesday
"Yes!!! So glad I am not the only one that thinks this!! LOVED this show, ..."
Erin McGuire Wednesday
"Thank you for this. I did not know about "Wednesday" and reactivated my Netflix account ..."
OrderInTheQuartz Wednesday
"Glad to hear a review from you. I keep hearing nonsense from people who just ..."
MadGastronomer Wednesday
Browse Our Archives
Related posts from John Beckett