It’s Not All The Same And That’s OK 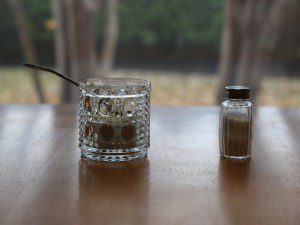 That’s pretty much what I did last Tuesday with Polytheism Is Theism! and a bunch of you got offended.

My fellow polytheists loved it. I said publicly what many of us have been saying privately and in polytheist safe spaces. Some of you asked clarifying questions and a few made some very relevant observations, like this one from kenofken and this one from Ryan James Loyd. This thread, especially this comment from Cat C-B, pointed out one weakness in my original post – my failure to clearly articulate the difference between embracing unknowability and refusing to deal with a powerful but indefinite religious experience.

But some of you were shocked – shocked, I tell you! – that a polytheist would describe polytheism as it’s actually practiced and advocate for polytheism as a religious approach without a disclaimer in 3-inch headlines saying “but this is just my opinion and deep down it’s all the same.”

That doesn’t mean I think you’re wrong, stupid, insincere, cowardly, or any of the other words I’ve seen thrown around. It certainly doesn’t mean I’m arrogant enough to think I’ve got theology all figured out once and for all. I went to great lengths to express my support for the Big Tent of Paganism and for the validity and worthiness of a variety of Pagan and non-Pagan religions. But that wasn’t good enough for some folks.

Frankly, I’m disturbed at the level of religious insecurity expressed in many of the comments to my post – anything that challenges some people is seen as an insult. Has the public square been so poisoned by “do it my way or you’re an evil sinner” proselytization that passionate but honest discourse is no longer possible? Whatever the cause, it’s both frustrating and unhelpful to us as individuals and to the wider Pagan movement.

Differences are real. Sugar is not “better” than salt, but if I’m making tea I want to make sure I have one and not the other. They aren’t the same things. Jungian archetypes are real, they’re important, they’re valuable, and they might even be sacred. But they aren’t the same things as the Gods that I and other polytheists experience and worship.

I do not claim, as do some conservative Christians, that inward-focused worship is selfish, evil, or otherwise wrong. A simple survey of people with this type of practice shows that idea is ridiculous. But if you’re searching for your higher self, the Temple of Zeus is a poor place to look. Likewise, if you’re looking for Zeus, searching the recesses of your psyche is not likely to be helpful. And if that example isn’t meaningful to you, accept that it is extremely meaningful to polytheists. Differences matter.

Articulating differences is not an insult. Polytheism is the religious regard for, and the acknowledgment of, many Gods. Atheism is the denial of the existence any Gods. It is no insult to polytheists or to atheists to point out the obvious fact that those are two different things.

A challenge is not an insult. It’s clear that what I said was challenging to some people’s religious thinking and possibly even to their religious identity. Good! Religious thinking needs to be challenged regularly, otherwise it gets comfortable, then it gets stagnant, then it loses its meaning and power.

The proper response to a challenge is to examine it, consider it, and decide if it has merit. If so, perhaps you should adjust your thinking. If not, dismiss it. I receive religious challenges all the time: sometimes from atheists, sometimes from Christians, sometimes from other Pagans. Many of them I’ve heard numerous times – I ignore them, or I dismiss them with stock responses. Sometimes, though, I have to reconsider my thinking about the Gods, or the way the world works, or how I can best put my beliefs into practice.

I don’t have to agree with you to respect you. Back in October I traded interviews with Matthew Facciani from the Patheos Atheist channel. It’s no shock that I think Matthew’s thoughts on the Gods are very, very wrong. But that didn’t keep us from having a nice exchange and getting to know each other better. And remember – I’m married to a Christian. We get along just fine. I don’t have to affirm your beliefs and practices to affirm your inherent value and worth, nor to vigorously support your right to believe and practice as you see fit.

I will judge your religion based on how it inspires you to live your life and treat other people and the rest of the world, not on how closely it matches mine. In contrast, some people seem to be judging my religion by whether or not I keep it to myself.

Hold your beliefs loosely. Several commenters pointed out something I like to emphasize – when it comes to religious belief, ultimately we don’t know. No matter how strongly you believe – or don’t believe – something, you might be wrong. So integrity virtually demands that we hold our beliefs loosely and remain open to new evidence, new thinking, new experiences, and new interpretations.

More importantly, it demands that we constantly re-evaluate our beliefs to see how helpful they are. Do they bring us into deeper relationships with others? Do they inspire us to live according to our highest values? Do they encourage us to live virtuously and even heroically? If they do, they’re good even if we can’t be sure they’re right. If they don’t, they probably should be changed.

But practice deeply. Some people respond to religious uncertainty by saying “well, if I can’t be sure, I’m not going to bother.” If that’s your choice it’s a valid choice, but it’s a shallow choice – and it’s not the same thing as embracing mystery. The benefits of good religion do not come through casual affirmation of comfortable truisms, but from consistent deep practice.

Want to be a witch? Then practice witchcraft on a daily basis. Feel called to worship Nature? Then get outside and commune with Nature every day.  And find out where the next fracking protest is so you can join in.

And if you feel the call of the Gods, then start prayers, meditations, and offerings on a regular basis. Read Their stories. Read the scholarship on how They were worshipped in ancient times, and read the accounts of contemporary polytheists who are reviving Their worship here and now. Embrace Their values and embody Their virtues in your daily life.

Polytheism is not an occult tradition. I’ve had some witches tell me “we don’t advertise – if people want to learn what we teach, they can find us.” Modern Paganism has grown out of the occult (“hidden”) tradition, and some Pagans expect every movement under the Big Tent to maintain at least an air of secrecy. But while there are mystery cults within polytheism, the core of polytheist religion was a public and communal activity in ancient times, and it remains one today.

I have taken vows to do certain public religious work, including a vow to tell the stories of the Gods. Sometimes this vow is fulfilled by leading rituals or publishing devotional works. But other times it’s fulfilled by stating clearly and firmly that the Gods I worship are real beings with sovereignty and agency.

We live in the most religiously diverse and religiously fluid society in the history of humanity. Some religions actively proselytize – those tend to be the ones with values most opposed to my own (and yours too, most likely). I have no desire to proselytize, but I absolutely want to publicize – I want people who are actively seeking in the marketplace of religions to understand that there’s an option that includes many Gods. I want people who see the cultural remnants of the Old Gods and think “there must be more to it than that” to know there really is.

And I want them to know that polytheism isn’t atheism or secularism.

Is this important to you or not? Jason Mankey says “most people don’t give two shits about the nature of deity.” I think Jason is only partially right. I think a lot of people just don’t want to think about the nature of deity. For one thing, it’s a difficult subject and the conversation is often filled with precise jargon and references to obscure concepts and people. It also leads to the implication that the world isn’t quite as clear-cut as we wish it was, and it leads to people beginning to feel obligated to change the way they live. That’s not easy. And in the end, you can never be sure you’re right. It is totally understandable that many people don’t want to have these conversations.

If that’s you, if you don’t find theological discussions interesting and helpful, then I suggest you simply decline to participate in them. It isn’t a requirement. No one is going to ask you to recite some Creed of Polytheism before letting you into the Cernunnos Ritual.

But if something whispers that this really is important to you, then I encourage you to explore the subject openly and sincerely. Read some of the deeper thinking in contemporary polytheism. Read some of the ancient thinking. Talk to some of the polytheists who are actively engaged in devotion to the Gods and see what they’re doing, and what might be a meaningful practice for you.

Practice deeply but hold loosely, and if at the end of the day it doesn’t work for you, then drop it and pick up something else. You don’t have to be a polytheist to be a good Pagan, much less to be a good person.

But it’s not all the same, and that’s OK. 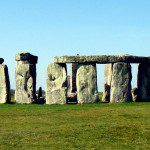 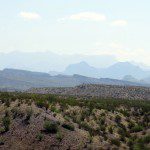 December 15, 2015 Eight Years of Useless Religion
Recent Comments
0 | Leave a Comment
Browse Our Archives
get the latest updates from
John Beckett
and the Patheos
Pagan
Channel
POPULAR AT PATHEOS Pagan
1