What Are We Not Seeing? 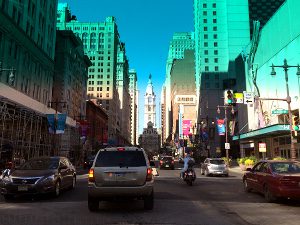 To say the Pagan community has been distracted over the past few weeks would be a massive understatement. I won’t perpetuate the distraction by listing all the teapot tempests and serious-but-distant crises that grabbed our attention. Though there were notable exceptions, we didn’t do a lot of Paganing and polytheisting in November.

Not all of this was our fault. The ordinary realities of life aren’t distractions from our deeper lives, they’re part of the whole of Life that Paganism celebrates, even when it’s hard. Meditating while your house burns is a poor job of prioritizing, whether the fire is literal or metaphorical. We do what we have to do.

But the fact remains – we’ve been distracted. Last week Byron Ballard posted this on her Facebook feed:

So, friends, we are inundated with fright-making headlines, Facebook feeds full of selfish cowards and (for many) a creeping dread of the upcoming winter holidays. Let me add one more thing to your brimming brain. All this shiny – what are we not seeing? What are we being distracted from that could use our good attention?

I’ve seen variations on this idea from others, though none quite as clear as Byron. I think her question of “what are we not seeing?” is worth some exploration.

Before we look at that, though, we need to look at the three overriding themes in our contemporary world. They’re not all that’s important, and obsessing about them isn’t healthy, but if you’re getting riled up about something and it doesn’t connect to one of these, you may be missing something.

1) The Long Descent. Or, more specifically, climate change, peak oil, and the decline of the American empire. The contemporary American consumer lifestyle is not sustainable. Fluorescent light bulbs and hybrid cars can’t make it so, even though I like them both. We have overextended ourselves, our infrastructure is crumbling, and the reaction to our imperial meddling is getting increasingly deadly.

There will be no crash, no sudden plunge into a new dark age. Rather, as we are already seeing, each generation will be less wealthy and less secure than the generation that precedes it. As always, some will do better than others, and those who do not wish to accept reality will hold them up as examples of how things are getting better, or how they will get better if only we’ll vote for their preferred candidates.

Which brings us to…

2) The machinations of the rich and powerful to remain rich and powerful. I’m not talking about your boss who drives a BMW 5-series (it’s probably leased anyway). I’m talking about the very, very rich, and the politicians who serve them. They tend to be conservative – the current system made them rich, why wouldn’t they want to keep things the way they are? And if they can’t keep things the way they are, at least they can keep them the way they are for themselves and their families – wealth is a multigenerational endeavor.

As the pie shrinks (and it must – perpetual growth is impossible even if you think it’s desirable), these are the people with the time, resources, and motivation to make sure their slice doesn’t get any smaller. Watch what they do carefully, and listen to what they say with great skepticism.

3) The return of the Gods. Plutarch was wrong – neither Pan nor any of the other Old Gods ever died. Where They went for all those centuries is a matter of speculation, but They have been moving closer and closer to the forefront of Western culture for at least 300 years. And now They’re being worshipped again not just by “eccentric” individuals but by whole traditions and movements.

We have only hints as to Their ultimate goals and plans, but we can see that people are finding meaning, belonging, and value in the worship of the Many Gods. And with the return of the Gods comes the return of Their values and virtues – values and virtues that are better suited for dealing with the world to come than those that got us into this mess in the first place. 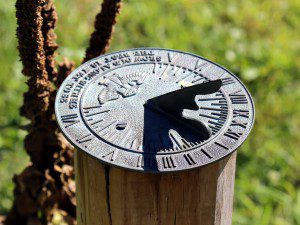 Plan for the future and not the past. Living in the present is a wise practice, but our plans will be far more effective if we plan for the world that’s coming and not for the world that’s disappearing. I’m not talking about doomsday prepping – being prepared is good, but there’s not going to be a doomsday. I’m talking about ordering your life to deal with the long descent, the machinations of the rich, and the return of the Gods.

But back to Byron’s question – what are we being distracted from? What are we not seeing?

We’re not seeing the operative magic. First, we’re not seeing the operative magic being used against us. Magic is the art and science of causing change in conformance with will. The sorcerers of Madison Avenue and K Street are causing us to change in conformance with their will. They convince us we can’t be happy unless we buy what they’re selling. They convince millions to vote against their own self-interests and against their higher values.  We of all people should be able to see through their glamours, but they’re good at what they do, and so we become the targets of spells instead of the casters of spells.

We’re not seeing the operative magic in our own lives. Whether you practice Byron Ballard’s Hillfolks’ Hoodoo or Gordon White’s Sigil Magic or something else, the magic works. You just have to work at it. Regularly.

But the churches and the atheists have convinced us that magic isn’t real and so we don’t try. Contrary to what you often hear from people who should know better, magic doesn’t require belief. But it does require practice. The failure rate of spells you don’t cast is 100%.

Traditionally, this is the realm of classical occultism, but while that path is well established and has been helpful to many, it is not the only path of high magic. Some polytheists like to say that magic isn’t part of their tradition, but in my experience polytheist devotion is some of the most effective high magic there is.

And just as operative magic has its evil twin, so does high magic. These are the beliefs and practices that encourage our fear and greed, stifle our compassion and feed our narcissism, tell us to conform and obey and try to force others to conform and obey. If Donald Trump isn’t the high priest of this inverted high magic, he’s certainly its acolyte.

We’re not seeing the deep magic. Deep magic is the way the world works, not in some quasi-scientific, oversimplified cause-and-effect way, but in the incredibly complex hands-on network of relationships and interdependencies. Deep magic is reciprocity and hospitality. It’s honesty and integrity. It’s the Butterfly Effect. It’s randomness and probability. It’s the unyielding reality of limits.

Deep magic is understanding that we can control nothing but we can influence everything.

Science is a wonderful servant but a poor master. Economics and politics are tools, not ends unto themselves. These tools and servants have helped us build an amazing society, but a society that does not serve the greater good, is not sustainable, and is in decline.

Deep magic can help us accept that the Long Descent is inevitable and to order our lives so as to live successfully in the world to come. It can help us make the rich and powerful irrelevant in our lives. And it can teach us to embrace the Gods and Their virtues, no matter how we conceive of Them.

When commit ourselves to deep magic we begin to change the world.

Those who would control us don’t have to enslave us. It’s much easier to simply distract us… and they’re very good at it. Let us awaken from our distractions, see the magic in use against us, and begin developing our own magical skills and abilities. 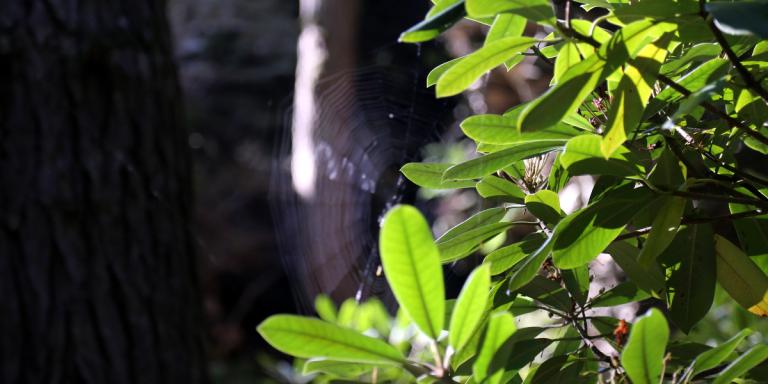 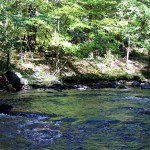 December 3, 2015 Comforting Religion, Challenging Religion
Recent Comments
0 | Leave a Comment
Browse Our Archives
get the latest from
John Beckett
Sign up for our newsletter
POPULAR AT PATHEOS Pagan
1