Corporate Mindfulness: Be Careful What You Wish For

My last three working days of 2015 were devoted to a variety of classes and seminars whose primary purpose was to fulfill a requirement for annual training hours. Included in that was a half day of leadership training.

My second set of eyes weren’t open for long before I realized these leadership classes were different from what I was taught in business school in the 90s. There was talk of focus, listening, and compassion. There was even talk of “following the way” without attachment to outcome, something that would have been heresy just a few years ago. I think I still have “results-oriented” on my resume at least once.

This was corporate mindfulness, a fairly new phenomenon that started in large tech companies and has already made its way into mid-sized, middle America companies like the one I work for. It’s a mixture of Buddhism and Taoism with a little New Age thrown in. It promises to make employees less stressed, more patient, and more focused, but mainly more productive.

It’s a vile process that profanes the religions from which it steals.

Early in my career I interviewed for an engineering job with a small manufacturing company in Chattanooga. During the interview, I learned that all salaried employees were expected to take a turn at leading Evangelical devotions, and that my performance review would be based in part on my “commitment to Christ.” Now, I was a Christian at the time, but I still found it abhorrent. I asked the owner “is this even legal?” It wasn’t, but he said “I don’t care.” I asked “what about Jews or atheists who need a job?” His answer was “they can work somewhere else.” We ended the interview with the clear understanding that he didn’t want me and I didn’t want to work there.

I tell this story as a point of contrast, not of comparison. As offensive and unethical as this was, at least it was straightforward. The owner put coercively promoting his religion ahead of running his business effectively.

Corporate mindfulness rips Buddhist and Taoist practices out of their context and appropriates them for purposes at odds with Buddhist and Taoist principles. It’s not done to promote peace or enlightenment or even right livelihood. It’s done to distract employees from long hours, low pay, and no security, all worked to make executives even richer. It’s a drug intended to get employees to accept what should be unacceptable working conditions.

But the executives who started these corporate mindfulness programs should be careful what they wish for – they just might get it.

In 1963, a group of students at Carleton College created the Reformed Druids of North America as a protest against mandatory attendance at chapel services. They had no intention of becoming Druids, but when the college removed the chapel requirements, many of them kept up their practices and even took them to other schools. The RDNA is still an active Druid order today. One of their early initiates was Isaac Bonewits, who would go on to found Ár nDraíocht Féin (ADF), which is the largest Druid order in this country.

I’m amused at the new religion of Zuism in Iceland. It’s a parody religion invented for the sole purpose of avoiding religious taxes (a goal I support), but it’s nominally based on ancient Sumerian religion. I have no doubts that within a few years, some folks who just wanted a tax rebate will be pouring offerings to Enki, Ereshkigal, and Inanna.

Religious tech works. Your intentions don’t matter – your actions do.

Haven’t these executives ever seen a horror movie?  “YOU MUST NOT READ FROM THE BOOK!” Corporate mindfulness isn’t going to summon demons, open portals, or cause mummies to come to life, but it will have an effect on those who adopt their practices, regardless of their intentions.

And the Buddha answered “I am awake.”

What will happen when some of these employees become more mindful and start to wake up?

They may realize that while there is honor in a job well done, attaching their self-worth to their job performance isn’t a good thing. They may decide to take right livelihood seriously and ask questions about how their employers treat their employees… and how their suppliers treat theirs. They may decide to take work-life balance into their own hands and simply stop working ridiculous hours. Ultimately, they may decide they don’t need what the corporate world is selling and decide to make their living doing something else.

Executives who wished for mindful employees may find out exactly what that means. 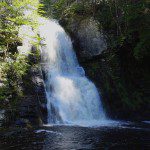 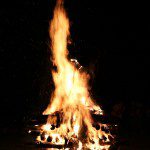