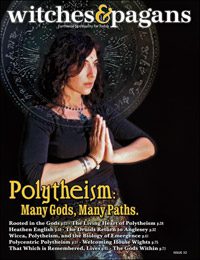 My Pagan reading and listening material has gotten a lot broader over the past few months. Part of this is because the polytheist wing of the Pagan internet has been rather quiet lately (but do check out the current issue of Witches & Pagans magazine: “Polytheism: Many Gods, Many Paths” – it’s a virtual who’s who of contemporary polytheist thinkers and writers). Mainly, though, there’s been a lot of really good material from traditional witches, occultists, and chaos magicians (I could link to a lot more stuff, but that’s not the point of this post).

All this talk of magic really appeals to the engineer in me – it’s practical skills that help you do what needs to be done. It appeals to the little boy who desperately wanted to be a witch, but who thought such things could not exist.

I do a bit of chaos magic and some occasional witchcraft. But if you ask me what I am, my answer is a Druid and a priest – and a polytheist. I’m happy with my choice, so I started asking myself why I’m satisfied with this religious identity.

Polytheism answers the question “priest of what or whom?” One of the first books I read on the ancient Druids was The Druids: Celtic Priests of Nature by Jean Markale. I have some issues with the book, most notably Markale’s insistence that modern Druidry is inauthentic because it’s not practiced in an indigenous Celtic culture (I rebutted that argument in another context here). But the image of Druids as priests has stayed with me throughout my Druid education, training, and practice.

I love Nature and I do occasionally speak for the trees, but I’m not the Lorax. I’m a priest of Cernunnos and a priest of Danu. I occasionally serve as priest of other deities. If a Druid is a priest, then polytheism provides ample opportunities to serve in that capacity.

Polytheism is a counterbalance to materialism. There are two forms of materialism prevalent in our mainstream society. The first says that the only reality is material reality – if it can’t be measured and catalogued, if it can’t be falsified, if it’s not repeatable on demand, then it’s not real. How much do we miss because we’re convinced something can’t exist, so either we rationalize it away, or we simply refuse to see it? Our experiences of the Gods remind us that while science has done wonders, it has its limits.

The second form of materialism is our society’s preference for things (especially for expensive, extravagant things) over relationships and experiences. You don’t have to be a polytheist to see the damage this has done, with the growing income and wealth inequality, and the growing personal debt used to buy things we don’t need to impress people we don’t like.

Polytheism reminds us that relationships with the Gods and embodying their virtues are more important than collecting more things. For many of us, this approach isn’t just more virtuous, it’s also far more satisfying.

Polytheism provides a context for our experiences. Last month I had a unique experience. I saw something that could not exist, but there it was. My polytheism gave me a context for it: the Otherworld, the existence of many kinds of spiritual beings, the experiences others have had of Gods and spirits, a cyclical worldview, and the importance of strong, respectful, reciprocal relationships across generations and across realms of existence.

Witchcraft provides some context, but it’s more about doing what needs to be done. Classical occultism provides an alternative context, but its roots in Christianity can be troublesome for those of us who left that religion under difficult circumstances. Polytheism provides a plausible and palatable context for interpreting our spiritual experiences.

Polytheism promotes community. One of the reasons witchcraft has grown so much in the past 25 years or so is that it can be practiced solitary, whether you’re talking about Wicca or traditional witchcraft. That’s very attractive for some people.

Ancient polytheism was anything but solitary. It was one of the ways communities came together, whether to build temples or participate in sacrifices. While you can be a solitary polytheist, there is no substitute for the fellowship, encouragement, reinforcement and accountability that comes from being in community with like-minded folks.

There are lots of reasons why Pagans and polytheists don’t seek out community. How many of them are valid reasons and how many are excuses vary from situation to situation. I’ll simply say that without my local Denton CUUPS community and without my wider polytheist community, my practice and my life would be far weaker and poorer. 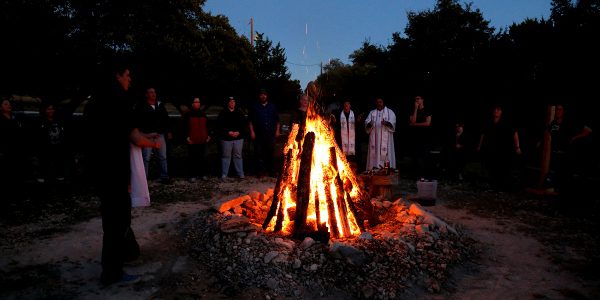 Polytheism is a connection to something bigger than yourself. One of my biggest problems in my early Pagan days was figuring out what magic was for. “Because I can” is never a good answer and often a dangerous answer – it certainly was for me. Let’s just say I did some things l shouldn’t have done and it stalled my spiritual growth for a lot of years.

Polytheism begins with the proposition that there are many Gods who are bigger than you. They embody and promote virtues, which are more important than your whims. They have goals and plans, which often have a timeframe longer than a human lifespan. Following the Gods, working with the Gods, and working for the Gods help us connect to timeless values and to things that will be around long after we’ve left this world.

So I’m enjoying reading about and listening to witches, magicians, and occultists. I’m learning some things, including some I can incorporate into my own practice. But at the end of the day I’m a polytheist, and I’m happy to be one. 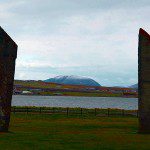 July 5, 2016
Why the Gods Come Before Politics
Next Post 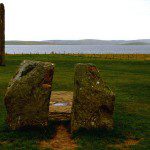 A Collection of 12 Sigils for...
A Modern Traditional Witch
Related posts from John Beckett