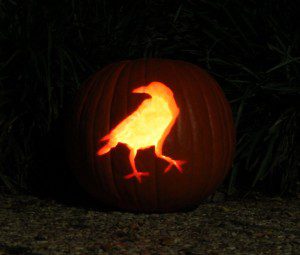 I love the Pagan holy day of Samhain. I also love the secular holiday of Halloween. For all the religious difficulties I had growing up in a fundamentalist church, my parents weren’t killjoys. We lived in a rural area, so every year we’d go to my cousin’s house in town and go trick or treating in his neighborhood. I loved dressing up, seeing all the other costumes, and of course, getting candy. It was the one time of year when I felt like I actually fit in.

Lilith Dorsey of the Voodoo Universe blog is running a #31daysofsamhain Instagram challenge, and as part of that she’s posted a list of her favorite seasonal movies. I’m not on Instagram, but this seems like a fun thing to do, and after all the serious stuff I’ve been writing lately, I could use some fun.

Lilith has a master’s degree in film from NYU. I’m just a guy who likes horror movies. These aren’t necessarily the best made or most influential movies, they’re the ones I like. They’re the movies that are on my shelf or that I’ll stop and watch if I see them on cable.

I divide horror films into four eras. There are the Universal classics of the 1930s and 40s. There are the Hammer and AIP films of the 50s and 60s. There’s the dry spell of the 70s and early 80s, when nobody was making the kind of horror movies I wanted to watch. And there’s the current era, which for me began in 1987.

Here are my 31 favorite movies for Halloween, in chronological order.

1. Dracula (1931). This is where it begins, with the midnight carriage ride, the castle, the coffins, the Brides, and with Bela Lugosi’s unforgettable line “I am… Dracula.” This isn’t the greatest film ever made. Director Tod Browning didn’t seem to understand he was making a movie and not filming a stage play, and he cut some scenes that are really needed to tell the story. But none of that matters. This is the classic of classics and I’ve watched it dozens of times.

2. Dracula (Spanish) (1931). In the days before dubbing technology was invented, Hollywood made movies for Spanish-speaking audiences by filming with a second cast and crew. For Dracula, the English crew worked days and the Spanish crew worked nights, using the same sets. Carlos Villarías isn’t Bela Lugosi, but he’s not bad, and George Melford’s cut avoided many of Browning’s mistakes. The rest of the movie is simply better, and a little sexier too. This movie is available on DVD and you don’t need to understand Spanish to enjoy it.

3. Frankenstein (1931). James Whale directed the first film adaptation of Mary Shelley’s 1816 novel of a scientist who dared to create life. Boris Karloff almost turned down the role of the monster when he found he had no lines, but decided to do it anyway and became as synonymous with Frankenstein as Bela Lugosi became with Dracula. Genetic engineering and medical technology have made the novel and the movie are even more relevant today than they were originally.

4. The Mummy (1932). This was made just nine years after the opening of King Tut’s tomb by Howard Carter and the triggering of the curse that was supposedly on it. Unlike Dracula and Frankenstein, The Mummy scared me. There was something about Boris Karloff’s mummy coming after the victims that disturbed me in a way the other monsters didn’t.

5. Bride of Frankenstein (1935). The first sequel to the 1931 movie opens with a flashback to the summer of 1816 in Geneva, where Mary Shelley says there’s more to the story. Dr. Henry Frankenstein has sworn off creating life, but the monster is alive and wants a mate. So he makes one, but to everyone’s surprise, she has a mind of her own.

6. Dracula’s Daughter (1936). Intended to be a sequel to the 1931 Lugosi movie, Edward Van Sloan’s Van Helsing was the only character to reappear. Gloria Holden’s Countess Zaleska was the first of the vampires who wanted to be human again. I find the humor in the movie somewhat distracting, but the serious scenes – especially the Countess’ exorcism of Dracula, and her piano-playing conversation with her dark servant Sandor – are riveting.

7. Son of Frankenstein (1939). The third film in the Frankenstein series, this one was directed by Rowland Lee and starred Bela Lugosi as Ygor and Basil Rathbone (better known for playing Sherlock Holmes) as Wolf von Frankenstein, son of Henry Frankenstein. This was the last film appearance for Boris Karloff as the monster.

8. Horror of Dracula (1958). Hammer Films’ adaptation of Bram Stoker’s novel is slightly more faithful to the book than the 1931 version, and it’s in color. Christopher Lee is a menacing Dracula, but he never speaks. Lee would play Dracula nine more times.

9. Brides of Dracula (1960). A mother’s love for her son never ends – even when he becomes a blood sucking vampire. Peter Cushing is the vampire hunter Van Helsing once again. This film is memorable for the scene where Van Helsing cauterizes vampire bites with a red-hot iron and holy water, and the final scene where he turns a windmill to form a giant cross, which stops the vampire Baron Meinster.

10. Black Sunday (1960). Barbara Steele is a witch who is brutally executed by her brother in 1630. 200 years later, she’s brought back to life by a drop of blood on her corpse and wants the body of a look-alike descendent (also played by Steele) to extend her life. It’s directed by Mario Bava, who made numerous other horror moves in the 1960s and early 1970s.

11. The Pit and the Pendulum (1961). Vincent Price and Barbara Steele star in the second of B-movie king Roger Corman’s low-budget adaptations of Edgar Allan Poe’s stories. The original story was quite short, so Corman used it as the climax and created a backstory of dysfunctional families, unfaithful spouses, and the Spanish Inquisition.

12. The Terror (1963). A very young Jack Nicholson and a very old Boris Karloff in Roger Corman’s story of madness and revenge. Magic is just superstition… until it isn’t.

13. The Masque of the Red Death (1964). Vincent Price is a devil-worshipping nobleman who toys with friends who have retreated into his castle to avoid the plague. But “one by one dropped the revelers in the blood-bedewed halls of their revel, and died each in the despairing posture of his fall. And the life of the ebony clock went out with that of the last of the gay. And the flames of the tripods expired. And Darkness and Decay and the Red Death held illimitable dominion over all.”

14. The Vampire Lovers (1970). J. Sheridan Le Fanu’s 1872 novella Carmilla was one of the most influential early vampire tales, and its strong lesbian theme was shocking for its time. Ingrid Pitt is Carmilla, a vampire who seduces and then kidnaps an younger woman. She is stopped by (who else?) Peter Cushing as a vampire hunter not named Van Helsing. 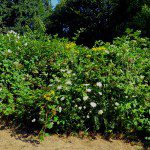 October 11, 2016
Donald Trump and a Culture in Need of Change
Next Post 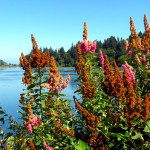 October 16, 2016 Who Is My Co-Religionist?
Recent Comments
0 | Leave a Comment
Browse Our Archives
get the latest from
John Beckett
Sign up for our newsletter
POPULAR AT PATHEOS Pagan
1