A Legacy of Oracles and Seers

A Legacy of Oracles and Seers October 4, 2016 John Beckett

When I start to describe the particular version of polytheism I practice, one of the adjectives I include is “oracular.” At its most basic level, this means that the Gods speak to us here and now. This is an ancient practice that has mostly been abandoned by the Western world during the Christian era. Reviving it reclaims a sacred tradition and emphasizes the presence of the Gods in our world.

Most people have at least heard of the Pythia – the Oracle of Apollo at Delphi. The origins of this oracle are not known, but it was established by the 8th century BCE and continued into the 4th century CE. A priestess would sit on a high stool, gaze into a shallow dish of water, and answer questions brought by everyone from kings to common people (larger offerings to the temple got you a better place in line – some things never change). Her proclamations were said to be infallible, though they were often vague and subject to interpretation by the attendant priests.

Modern scholars speculate that the Pythia’s visions were caused by gas vapors seeping up through a crack in the rocks, or perhaps by some other naturally occurring chemical in the smoke from incense and offerings. Whatever the method, an altered state of consciousness was and often is necessary to hear messages from the Gods.

The Greeks placed oracles in a different category from seers and diviners. These were the priests and priestesses who would read omens in nature, in the entrails of sacrifices, or using various divinatory systems. While I know of no Druid oracles (which doesn’t mean they didn’t have them, considering how little we know about the ancient Druids), the Druids were the seers and diviners of the Celtic world. The Ovate grade in the contemporary Order of Bards, Ovates and Druids is inspired by these seers.

I generally group divination together with direct messages from the Gods when I speak of an oracular tradition, but the Greeks were right that they’re not the same things. Both methods use an intermediary between us and the Gods. In the case of divination, that intermediary is something objective: a cloud formation, a bird’s cry, a particular arrangement of Tarot cards. We can debate the proper interpretation, but the sign itself exists independently of our thoughts about it. 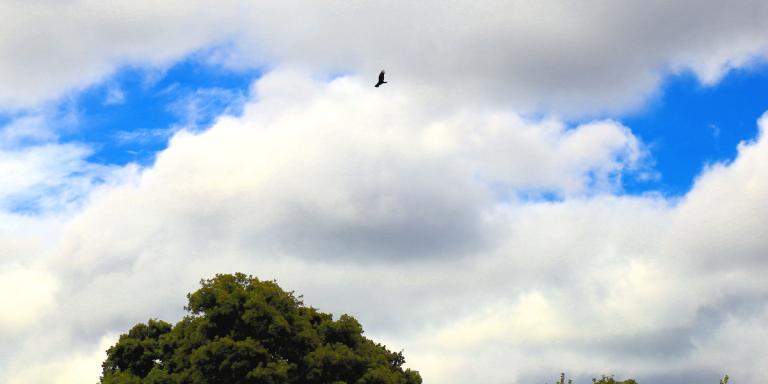 In the case of an oracle, though, the intermediary is another human. Unlike a Tarot spread where everyone can see the same cards, we have no way to know for sure just who – or what – the oracle is seeing and hearing, or how accurately they’re relaying it to us.

We know – many of us from personal experience – that becoming a skilled Tarot reader requires years of training, study, and practice. Likewise, becoming a competent oracle also requires years of work. And because pure oracular work was mostly a lost art for centuries, finding a teacher is extremely difficult. We are in the earliest stages of reviving and rebuilding it.

A few people have a strong natural talent for hearing the Gods. Some are so strong they call it a “god-phone.” This sounds nice, but I’ve had some such people describe it as being on a speaker phone that you can’t hang up.

And then there’s the matter of what the Gods actually say when They choose to speak directly to us. In her short but excellent book God-Speaking, Judith O’Grady says:

This whole process I call ‘God-Bothered’ because, really, the Gods don’t enter into communication with us to pat us on the back or congratulate us on a job well done but instead to give us difficult tasks and teach us unpleasant truths.

An oracular tradition is a living tradition, because the Gods are always speaking to us. This makes it difficult to establish orthodoxy. So it’s no surprise that religions which insist on orthodoxy have devalued or repressed oracular and divinatory practices, even when such communication comes directly from their God.

The Catholic church teaches that “public revelation was completed, and therefore was concluded, with the death of the last apostle.” Private revelation is acknowledged, but it has no authority for anyone other than the person who received it, and it can never be added to official church teachings no matter how widespread it becomes or how accurate and helpful it proves to be.

The Evangelical Protestant tradition in which I grew up went even farther than that. They claimed that after the ascension of Jesus, their God spoke only through the Bible and never through people. Claims of private revelation weren’t just non-authoritative, they were “counterfeits of the devil.” When the foundation of your religion is sola scriptura, there is no room for any other voice, even the voice of God.

The danger that an oracle or a diviner will mistake their own voice for the voice of a God is real. I have had direct communications from Gods and spirits that I had zero doubts were authentic. I’ve had others where I wasn’t so sure – this is not an exact science. Here’s Judith O’Grady again:

the process is less like a telephone conversation and more like a series of prickly feelings and insistent near-insights that ends with conviction rather than understanding.

If a stranger calls out to me from across a crowded hotel lobby, I may not even hear them, much less recognize them. But if a close friend calls to me – even if I haven’t seen them face to face in a year or more – I’ll recognize their voice and hear their words even over the background noise of the Doubletree at Pantheacon. If you’ve worked with a particular deity or ancestor or spirit for a long time, you are much more likely to recognize their voice in an oracular setting.

Even with that, there are times when I get a message and I’m still not sure if it’s them or if it’s me. In those cases, I usually do a brief divination (such as a three-card Tarot spread) and ask “is this really what you want me to do?”

This is particularly true when you’re dealing with beings who aren’t Gods. As Morgan Daimler warns:

Spirits lie. Even the Fair Folk, who in my experience don’t tell verbal lies will still deceive you into believing that day is night by speaking only the truth in ways that lead you to assume all the wrong things. And spirits who aren’t the Gentry can and do flat out lie.

I had my own experience of this a few months ago. Fortunately, Cynthia did some work on her own (with some Otherworldly assistance) and my error was caught before any harm was done.

We are wise, I think, to treat oracular pronouncements with a bit of skepticism. The concept of UPG – Unverified Personal Gnosis – encourages us to respect others when they tell us they have a message from the Gods, and it encourages seers and oracles to temper their expectations of how others will receive their messages.

But when multiple people in the same or even different traditions are hearing the same thing, we can have more confidence in the accuracy of the messages. Over time, we learn that the messages some people relay are usually pretty close to right, so we trust their work more than we trust the work of others.

Over longer periods, the messages we receive through oracles and seers become incorporated into our traditions, helping them to grow in depth and effectiveness.

Oracles and seers are not a mandatory feature of polytheism. You can give religious regard to many real Gods and still believe They don’t speak directly to us. But without an oracular tradition, our Pagan and polytheist religions will become stagnant. Or worse, they’ll be swayed by the whims of popular culture and the mainstream society.

Oracles and seers are an important part of the polytheism I practice. They are a sacred tradition worth restoring, and a reminder of the presence of the Gods in our world. 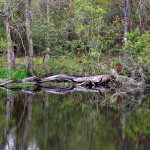 October 2, 2016
Where Does Religion End and Politics Begin?
Next Post 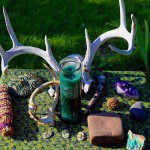 October 6, 2016 A Legacy of Magic
Recent Comments
0 | Leave a Comment
Browse Our Archives
get the latest from
John Beckett
Sign up for our newsletter
POPULAR AT PATHEOS Pagan
1