How I Learned To Read Tarot

How I Learned To Read Tarot January 8, 2017 John Beckett

I can’t remember a time when I wasn’t aware of the Tarot. I want to say I first saw it in a classic horror movie and that may be true, but that was a long time ago and my memory isn’t that good. There have always been references to divination in mainstream culture: everyone knows what you mean when you mention crystal balls, tea leaves, and fortune telling. The desire to know the future has always been strong.

My early adventures with Tarot

My first clear memory of the Tarot was Jane Seymour’s Solitaire in the 1973 James Bond film Live and Let Die. She read the cards like she had a live feed into a spy satellite. I knew it was fiction, but I figured there had to be something behind it, right?

My older brother had a Tarot deck when he was in college. I found it one day when I was snooping in his room and felt like I had stumbled onto a hidden treasure. I couldn’t wait to try it out. I read through the little white book, then asked a question and drew some cards.

I got nothing. Looking back on it now, that’s exactly what I should have expected. I had no clue about the symbolism and correspondences in the artwork, and the brief definitions in the LWB were too vague to be much use. And then there’s the fact that I was 11 or 12 years old and expecting clear and unambiguous answers to some very deep questions. But I was very young and under the influence of TV and movies, and I expected more.

As I recall, I made two or three tries before I gave up. Shortly after that, my brother moved out of the house and took his cards with him. I forgot about the Tarot for 20 years.

My journey through Wicca

In 1993 I discovered Wicca. Here was the religion and the spirituality I had been looking for all my life. It focused on a celebration of Nature, on the Divine as female as well as male, and on magic. I always wanted to be a witch, but the only witches I knew were in books and movies. Here was a way to become a witch for real.

Ultimately, becoming a witch didn’t work for reasons I’ve explained before. But I tried to be a witch, including collecting most of the tools of witchcraft. Tarot cards were pretty high on my list. There was a metaphysical shop on the other side of town – I drove over there and bought the Robin Wood Tarot. After all these years it’s still my go-to deck.

I was older, more mature, and more experienced than the first time I picked up the cards. And this time I had a clue about the symbolism and correspondences of the Tarot. I dove in and started trying to read, with the LWB as my guide. My expectations were far more reasonable this time and I managed to do a few helpful readings for myself, but it still felt vague and forced.

I wanted to get better. So I did what I’ve always done – I bought a book. I read through the book and learned a bit about the history and theory around the Tarot. I read about various spreads and how the positions of the cards influence and interact with each other. I learned meanings and interpretations in far more detail than the LWB. Perhaps most importantly, I learned that the true purpose of divination is understanding as much as it is seeing.

The book helped. I learned a bit more and I memorized the meanings, but I read so infrequently I forgot them right away.

Time to get serious

After my epiphany in 2001 I knew Tarot was a skill I needed. I bought another book (Learning the Tarot by Joan Bunning – highly recommended for beginners) and tried to work through it, rather than just reading it. Again, I made a little progress, but as soon as I put it down I forgot all I learned. Comprehension was easy – retention was hard.

They say that when the student is read the teacher will appear. Perhaps I just wasn’t ready until 2005. That’s when Dolores Nabors came to Denton CUUPS and promptly volunteered to teach a class on Tarot. About a half dozen of us met at her house once a week for seven weeks. Dolores explained each card one at a time and mixed in stories of working as a professional reader. She gave homework and helped us through some basic readings. For the first time I felt like I knew what I was doing.

I finished the class, did a few readings, then put my cards back in my bag. I was deep into the OBOD coursework and my first term as President of Denton UU, so I didn’t have a lot of free time. The next time I pulled the cards out, it was like I was starting all over again. I knew more than I did before, but I had forgotten the details and I had zero confidence I was doing it right.

In 2007 Dolores ran her Tarot class again. I signed up for it again. I still had my notes from 2005 and I reviewed them as I went, noting what I had missed. I also bought the book for the Robin Wood Tarot and went through the author/artist’s explanations at the same time. Once again I spent seven weeks going over meanings, spreads, combinations, and interactions.

Again I put the cards away after the class, but when I pulled them out a few months later to read for something or other, it was all still there. I had finally learned the standard meanings of the cards. I was finally able to do an entire reading without consulting a book or my notes.

And when I didn’t have to wonder “what does this card mean?” anymore, I found myself actually seeing the artwork. Now my intuition could pull me to this feature or that detail in a card. I could also see not just a series of pictures, but a portrait of a situation, a journey through time, and a final outcome that was not fixed but that absent a change of direction would be very, very close to what would actually happen.

Like any other skill, the more frequently I read Tarot the more comfortable I am with the readings I do. Practice, practice, practice. At least now if I put the cards down for a few months I still have confidence in myself when I pick them up again.

But I’ve found myself picking them up more and more frequently over the past year. As our world gets more and more difficult, and as the Otherworld continues to bleed through into this world, the need for divination grows stronger and stronger.

Advice for the beginning reader

This is how I learned to read the Tarot. If you’re just starting out, or if you’ve tried with less success than you’d like, I encourage you to learn from my experience – both the good and the bad.

Get a good deck – one where the artwork is infused with meaning and symbolism, not just pretty pictures. The closer to the original Tarot artwork it is (in theme if not in style) the easier it will be to learn from all the books and classes geared around the Rider-Waite-Smith deck. But mainly, get a deck that speaks to you.

Find a good reference book. Study it like you were trying to pass an exam – because you are. The exam happens every time you pick up the cards – is your divination right and helpful, or incorrect and harmful?

Get some good live instruction. Books are great, but there is no substitute for a teacher who can listen to your questions and know what you need to hear even though you can’t articulate it.

Learn the standard meanings of the cards. Commit them to memory, so that you never need to look at an LWB again. You don’t have to memorize them cold – you’ve got the artwork to trigger your memory.

Practice. Read for yourself. Find a teaching group or a sharing group and read for them. Be careful about reading for your friends (you may see things you don’t want to see and have to deliver messages you really don’t want to tell them), but if they ask, say yes. Be honest about your level of expertise, but take every opportunity you have to practice.

Let the cards speak to you. The artwork will remind you of the standard meanings of the cards. It will also open your eyes to other meanings and other interpretations. Over time, as you see where you were right on and where you went down a dead end, you’ll learn to trust your intuition and the guidance of the cards.

I’ve never done a reading that had the clarity and certainty of the readings I’ve seen in movies. Real magic is far more subtle than Hollywood magic. But Tarot has helped me to see further down the road than I could see with my ordinary eyes, whether I was reading for myself or for someone else. I wish I had learned to read Tarot sooner, but I’m glad I learned to read it eventually. 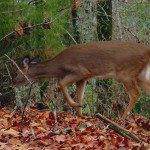 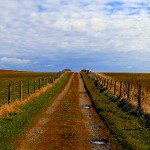 January 10, 2017 When You Can’t Experience the Gods for Yourself
Recent Comments
0 | Leave a Comment
Browse Our Archives
get the latest from
John Beckett
Sign up for our newsletter
POPULAR AT PATHEOS Pagan
1