The Leadership of Lugh – A Response To Oppression

The Leadership of Lugh – A Response To Oppression July 13, 2017 John Beckett

I do not need to list out all the ways oppression exists in our world. All of us see it, if we will open our eyes. Many of us experience it, some in minor ways and some in ways that make our lives harsh and that reduce our life expectancy.

“Life isn’t fair” is both true and an empty cliché. It is no excuse to lazily accept the oppression of others and ourselves.

It is not the place of the favored to tell the oppressed how they must respond. If you haven’t been there, you don’t know when you might reach your limits and react in a way your calm, rational self might find objectionable. But some courses of action are more likely to produce favorable results than others. 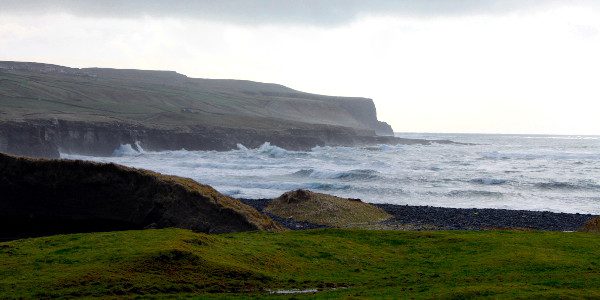 When the Tuatha De Danann first came to Ireland, they were oppressed by the Fomorians, who ruled the land. They charged high rent and levied taxes against them, and they subjected them to cruel and humiliating treatment. For a while the Tuatha De Danann put up with it, for fear that those in power might make things even worse. But eventually, they had enough and decided to do something about it.

This story of Lugh isn’t as well-known as The Birth of Lugh and The Coming of Lugh, but it’s particularly relevant to our time. It is adapted from Gods and Fighting Men by Lady Augusta Gregory. 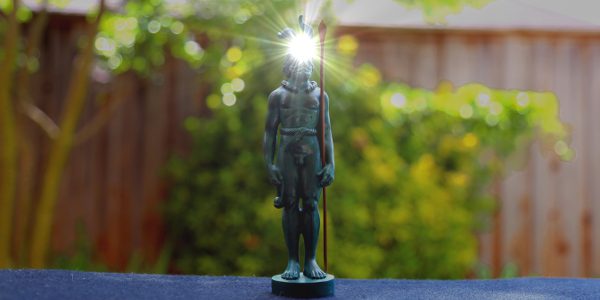 After Lugh had come to Tara, and made his mind up to join with his father’s people against the Fomorians, he began to think and plan. He went to a quiet place in Grellach Dollaid with Nuada and the Dagda, and with Ogma. They called Goibniu and Diancecht to join them.

Lugh and the others stayed there a full year, making their plans together in secret. That way the Fomorians would not know they were going to rise against them till such time as all would be ready, and till they would know what their strength was. And it is from that council the place got the name afterwards of “The Whisper of the Men of Dea.”

They broke up the council and agreed to meet again in three years. Every one of them went his own way, and Lugh went back to his own friends, the sons of Manannan.

A good while after that, Nuada was holding a great assembly of the people on the Hill of Uisnech, to the west of Tara. They weren’t there long before they saw an armed troop coming towards them from the east, over the plain; and there was a young man in front of the troop, in command over the rest, and the brightness of his face was like the setting sun, so that they were not able to look at him because of its brightness.

When he came nearer they knew it was Lugh Lámhfhada – Lugh of the Long Arm. Along with him were the Riders of the Sídhe from the Land of Promise, and his own foster-brothers, the sons of Manannan, Sgoith Gleigeil, the White Flower, and Goitne Gorm-Shuileach, the Blue-eyed Spear, and Sine Sindearg, of the Red Ring, and Donall Donn-Ruadh, of the Red-brown Hair.

Lugh was riding Manannan’s horse, the Aonbharr, that was as swift as the naked cold wind of spring, and the sea was the same as dry land to her, and the rider was never killed off her back. He had Manannan’s breast-plate on him, that kept whoever was wearing it from wounds, and a helmet on his head with two beautiful precious stones set in the front of it and one at the back, and when he took it off, his forehead was like the sun on a dry summer day. And he had Manannan’s sword, the Freagarthach, the Answerer, at his side, and no one that was wounded by it would ever get away alive; and when that sword was bared in a battle, no man that saw it coming against him had any more strength than a woman in child-birth.

The troop came to where the King of Ireland was with the Tuatha De Danann, and they welcomed one another. 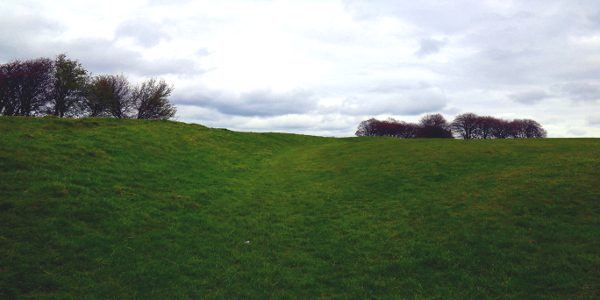 They were not there long until they saw a surly, slovenly troop coining towards them. They were many of the messengers of the Fomor, coming to take rent and taxes, and the names of the four that were the hardest and the most cruel were Eine and Eathfaigh and Coron and Compar; and there was such great dread of these four on the Tuatha De Danann, that not one of them would do anything of consequence without permission from them.

They came up to where the King of Ireland was with the Riders of the Sídhe, and the king and all the Tuatha De Danann stood up before them. And Lugh of the Long Arm said: “Why do you stand for that surly, slovenly troop, when you did not stand to greet us?”

“It is needful for us to do it,” said the king, “for if even a child of us did not stand in their presence, they would not hesitate to kill him.”

“By my word,” said Lugh, “there is a great desire coming on me to kill them all.”

“That is a thing would bring harm on us,” said the king, “for we would meet our own death and destruction through it.”

“It is too long a time you have been under this oppression,” said Lugh.

And with that he started up and made an attack on the Fomorians, killing and wounding them, till he had made an end of eight ninths of them, but he let the last ninth go under the protection of Nuada the king. “And I would kill you along with the others,” he said, “but I would sooner see you carry messages to your own country than my own people, for fear they might get ill-treatment.”

So the nine went back till they came to Lochlann, where the Fomorians were, and they told them the story from beginning to end, and how a young well-featured lad had come into Ireland and had killed all the rent-collectors but themselves.

“And the reason he let us go,” they said, “is that we might tell you the story ourselves.”

“Do you know who is this young man?” asked Balor of the Evil Eye.

“I know well,” said Ceithlenn, his wife; “he is the son of your daughter and mine. And it was foretold that from the time he would come into Ireland, we would never have power there again forever.”

Then the chief men of the Fomor went into a council. They made no delay, but went and got the ships ready, and they put plenty of food and drink in them, and they gathered their army. And when they were all gathered, they made ready their armour and their weapons, and they set out for Ireland.

And the Fomorians and the Tuatha De Danann would meet in the Battle of Magh Tuireadh, but that’s another story for another time. 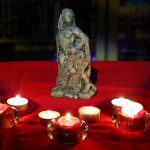 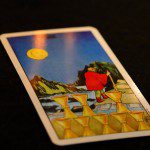 July 16, 2017 The 8 of Cups, or, I Like It Here Why Do I Have To Leave?
Recent Comments
0 | Leave a Comment
"In one of my Facebook groups we talk about dreams, rather people want us to ..."
Michelle Gillian Interpreting Dreams, and Why I (Probably) ..."
"The best advice I've ever received with regard to difficult conversations with kids is - ..."
Caenna MacDuart People Who Brag About Their Paganism ..."
"Freud knew very little about how dreams work, and everything he thought he knew he ..."
MadGastronomer Interpreting Dreams, and Why I (Probably) ..."
"I agree. One of our group members has studied dream interpretation at the academic level. ..."
Woods Wizard Interpreting Dreams, and Why I (Probably) ..."
Browse Our Archives
get the latest from
John Beckett
Sign up for our newsletter
POPULAR AT PATHEOS Pagan
1