Last week’s post The Birth of Lugh generated quite a few comments on Facebook. Most talked about how they really liked Lughnasadh even if the holy day isn’t widely observed. Some complained about our attempts to create modern celebrations based on an Iron Age Northwestern European calendar even when we live in places like Florida and Arizona. A couple pointed out that historically, Lughnasadh was celebrated not in honor of Lugh but in honor of his foster mother Tailtiu.

But perhaps one of the reasons more people don’t celebrate Lughnasadh is simply that they don’t know much about Lugh.

We’re past the Fourth of July and well into the season of Lughnasadh. And so continuing on this mission from a God, here’s the story of the coming of Lugh. This is the story as I’ve told it for years – the sources are many.

I have been to Hill of Tara, twice.

I put my hand on the Lia Fáil, twice.

It did not cry out. Sadly, I am not the true king of Ireland.

But a long, long time ago, before the coming of the people who were the ancestors of today’s Irish people, the king of the Tuatha De Danann – the Children of the Goddess Danu – had his court at the Hill of Tara. Some people said he had a beautiful palace on top of the hill. Others said his court was underhill – underneath the Hill of Tara and the Lia Fáil.

One evening the king was holding a banquet, as kings often did in those days. They put a guard at the palace gate, to make sure nobody got in who wasn’t supposed to get in, and to keep an eye out for the Fomorians. The guard had only been on duty a short time when a young man approached. Eager to prove himself competent, the guard jumped out to challenge the new arrival.

“Who are you, and what are you doing here?”

The young man answered “my name is Lugh, and I have come to take my place at the court of the king of my father’s people.”

The guard shook his head. “We have warriors aplenty – we need no more. Go away.”

“But I’m also a commander.”

The guard smirked. “Our commander is King Nuada himself – we need no other.”

Lugh thought for a moment, then said “I’m also a scholar.”

“We have Ogma, who invented the art of writing. We need no more scholars.”

“We have Manannán mac Lyr, son of the sea himself. We need no other.”

“We have Dian Cécht, physician of the Gods.”

“We have the Morrígan, queen of all magic and sorcery.”

“We have many highly skilled artists and smiths – we need no more.” The guard was getting tired. “Now, since you obviously possess no skill or art we do not already have, go away and bother us no more.”

Lugh smiled. “Ah, but do you have any one person who has all these skills?”

The guard thought for a moment, then decided he’d better check with his superiors before he ran off this very unusual young man. He went into the hall where the feast was underway, and he said “King Nuada, there is a young man at our gates, the likes of whom I have never seen. For he is truly skilled in all arts.”

King Nuada said “bring him into my hall, and make a place for him at my table.” So Lugh was brought into the hall, he was given food and drink, and he took his place among the Tuatha De Danann. And from that night on, he was known as Lugh Samildánach, which means “master of all arts.”

And Lugh would go on to do many great things. One day he would become King of the Tuatha De Danann and lead them to victory over the Fomorians.

But that’s another story for another time. 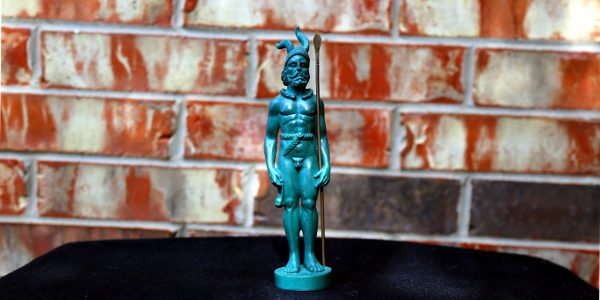 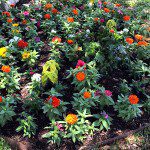 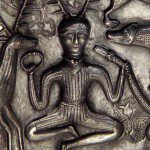 July 9, 2017 Is This The Same God?
Recent Comments
0 | Leave a Comment
"Everything we think is going on inside a star, while supported by modern physics and ..."
Aelfrey A Pagan Look at the Origins ..."
"I really like the way you define impurity here! So helpful when the culture around ..."
OrderInTheQuartz Cleansing in Modern Paganism and Witchcraft
"This reminds me very strongly of miasma in Hellenic Polytheism. So many people confuse it ..."
Persephone's Poet Cleansing in Modern Paganism and Witchcraft
"Please contact me via e-mail to discuss this. If you don't have any of my ..."
John Beckett 4 Steps To Re-enchant The World
Browse Our Archives
Related posts from John Beckett