Why I Still Cast Circles and Call Quarters

I recently had an e-mail from someone who performed the Weekly Ritual of Focus and Protection. They found it helpful, but they took out the circle casting and invocation of the elements and directions. They said that made the ritual feel “too Wiccan.”

First of all, that’s fine. My rituals are nothing if not flexible. If something doesn’t work for you, take it out and put something else in. Make sure you understand why you’re doing it and what it means to make that change (not everything in Paganism is plug and play) but if a change helps the ritual work better for you, change it.

Secondly, I understand the feeling behind the “too Wiccan” comment. It’s not a dig at Wicca. Rather, it’s a recognition that what many Pagans and polytheists do is something other than Wicca.

Although my Druid training is with OBOD, I’ve always felt more at home with ADF’s religious approach. My soul yearns for connections to the beliefs and practices of my ancient ancestors. The Western Mystery Tradition has some of those connections, but they’re filtered through over a millennia of Christianity. I had to make a clean break with that tradition. My own practice focuses on devotion to the Gods, to my ancestors, and to the other spiritual beings with whom we share this world.

But I still cast circles and call quarters. 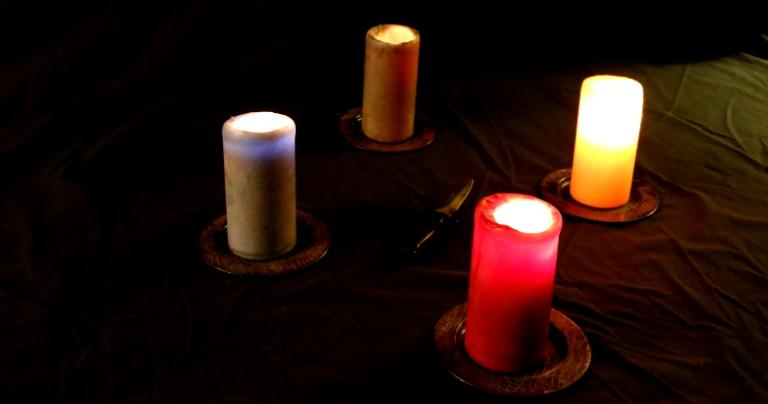 There’s a section on circles in The Path of Paganism, but it mainly deals with why we gather in circles and why that’s not always a good idea (if you have more than about 30 people, it gets hard for everyone to hear and see what’s going on).

The most common reason people give for casting circles is “for protection.” There’s a place for that, but in my experience most rituals – particularly most seasonal celebrations – don’t need protection. Those that do need more than a quick walk around the perimeter.

Our tradition of circle casting originated with the ancient Greeks, who would draw a circle around their ritual area before performing a sacrifice. We don’t know exactly why they did that, but it is likely they wanted to draw a clear boundary between the profane (i.e. – ordinary) world at the edges and the sacred rites taking place at the center.

This is why I still cast circles. Not because the ancient Greeks did it, but because it’s helpful to create a boundary for our sacred work. There is nothing wrong with the entire rest of the universe – it’s not dirty or dangerous and it’s certainly not “fallen.” But for the duration of the ritual, our focus needs to be completely on the work in front of us. Whatever else it may or may not do, casting a circle reduces distractions and tells the participants to focus on what’s in here, not what’s out there.

This is also why I uncast a circle at the conclusion of a ritual. If our focus is always inwardly directed, we miss out on the wider world, all its inhabitants, and our relationships with them.

One of the purposes of preliminary ritual (i.e. – all the stuff we do before the main working) is orienting ourselves in the cosmos. There are many ways to do this, but one of the oldest and most intuitive is recognizing the four directions.

Why are there four directions? Why not three or eight or 360? Our intuition tells us there are four: what’s in front of me, what’s behind me, what’s to my left, and what’s to my right. Yes, this is two-dimensional thinking, and some traditions also recognize up and down. But going down (digging) or going up (climbing) requires extraordinary effort.

I recognize the third axis by the invocation of center, which I invoke not as a fifth element but as its own entity.

Recognizing East, South, West, and North grounds the ritual in the natural world. For all that my religion focuses on Gods, ancestors, and other spiritual beings, it is still very much a Nature religion.

Calling the spirits of the elements

As with the directions, calling the spirits of the elements help ground the ritual in this world. While science has moved on and we know air, fire, water, and earth are not elemental substances, they help us remember that Nature is not one thing. Rather, Nature is atoms forming molecules, molecules forming cells, cells forming organisms, organisms forming ecosystems, and ecosystems forming a world… and we are a part of it all.

We could argue all day about the many elemental correspondences, their origins, and their meanings. Some of them I find helpful and others I find a distraction. I particularly dislike the attempt by some Pagans to explain everything and everyone in elemental terms. The elements are a ritual building block – lay your foundation and then move on. But as ritual building blocks, they are very useful.

In 2014 I did a series of meditations on the four elements. You may find them helpful:

A Meditation on Air

A Meditation on Fire

A Meditation on Water

A Meditation on Earth

When I led the Cernunnos Ritual at the Beyond the Gates retreat in August, I removed the elemental invocations from the script. Beyond the Gates is an ADF gathering (in fact if not officially) and ADF doesn’t call quarters. If I had insisted on leaving them in I’m sure my hosts would have agreed, but it would have been a distraction for most of the participants. I didn’t want anything distracting anyone from the primary purpose of the ritual: honoring and experiencing Cernunnos.

If your religion is focused on reconstructing the practices of our Indo-European ancestors, you probably don’t want to cast circles and call quarters. That’s fine – there are many ways to be a Pagan or a polytheist, and many ways to orient and ground yourself in the world.

But I learned my Paganism with circle casting and quarter calls. They’re still helpful in my attempts to build a Paganism for here and now, and so I’ve kept them in my rituals. 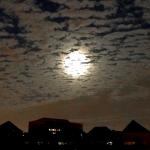 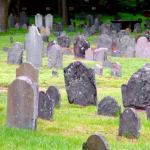 October 12, 2017 Pray For The Dead: The Blasphemy of “It’s Too Late”
Recent Comments
0 | Leave a Comment
Browse Our Archives
Related posts from John Beckett