A Letter To Those Trying To Convert Me

Here lately I’ve had more than my usual share of proselytizers. These are people who begin religious conversations not to learn or even to share, but to “win.” Their goal is to aggressively convert me to their religion, not by convincing me it’s a better way, but by insisting it’s the only way. Most are Christians, some are atheists, a few are Muslims.

I’m a public Pagan – it comes with the territory. And it’s not like there’s even a remote chance they’ll be successful. There is no Christian or atheist argument I haven’t heard, considered, and rejected at least a dozen times (the few Muslim arguments have been little more than simple assertions of superiority – I don’t think I’m getting the best Muslim missionaries). I like discussing religion, I can hold my own in a debate against anyone, and I can walk away any time I like.

If you’re a Christian or a Muslim or an atheist who goes about your religion (or lack thereof) and respects everyone else’s right to do the same, this isn’t directed at you. If you promote your religion publicly, this isn’t about you – I support a free marketplace of religions. This is about those who turn their religion into a competitive sport, and especially those who try to win at all costs.

I have something to say to those folks. 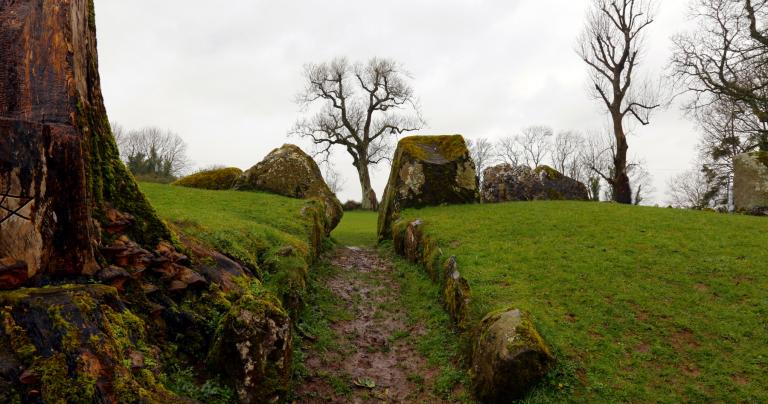 No, you do not have the One True Way

Do you understand the sheer arrogance required to believe that your way is the One True Way and everyone else is categorically wrong?

Different people around the world followed hundreds of tribal religions for tens of thousands of years (and some still do) but your prophet did away with all that? The Indian religions are at least 3500 years old (and are likely much older) but you dismiss them without the first consideration? And we all have to follow your prophet exactly or we’ll end up in eternal torment, but we can’t be sure what your prophet said because he didn’t write anything down himself?

Gotta give the atheists credit here – they do write stuff down and they don’t claim you’ll end up in hell if you don’t agree with them. But they still don’t have the One True Way.

Believe what your heart and your mind tells you is true. Explore it as deeply as you can. Practice it as authentically as you’re capable. But these are mysteries that are ultimately unknowable. Have a bit of humility, which begins by admitting “but I might be wrong.”

You are not Socrates

The Socratic method of asking questions designed to lead students to a logical conclusion is a fine teaching method – one developed by ancient Pagan philosophers. But its proper use requires that the philosopher has examined their own foundational assumptions and is arguing from firm ground. The vast majority of proselytizers don’t even know what a foundational assumption is, much less which ones are controlling their thinking.

I’ve heard your arguments before. When I answer them, most of you respond by moving the goal posts. Or you respond with truisms like “the Bible says…” (for Christians) or “there is no evidence…” (for atheists).

It’s all rather boring, and I’m tired of playing your games. Debates require some common ground from which to proceed, and that can’t happen unless you recognize that your assumptions are assumptions, not facts (as are mine, and everyone else’s).

No, it’s not that I haven’t found the right one

“I’m sorry you had such a bad experience growing up – it’s clear you just weren’t in the right church.” The right church, of course, is whichever one you’re in right now. Independent fundamentalists are the worst about that… which is ironic, since the Baptist church where I grew up was damned close to that (choice of profanity intentional). But I occasionally get it from Catholics, as well as from more aggressive mainline Protestants.

I understand that different churches do things very differently. There is nothing inherently wrong with the teachings of Jesus; most of my family and many of my friends are Christians. I sometimes wonder how things might have worked out if I had grown up in a liberal, mystical, Episcopal church (which is never the “right” church the proselytizers are pushing).

But I didn’t. I found my home in the worship of the many Gods. And I’m happy here.

My Paganism is an orientation

Changing your religion is a commonplace thing in this culture, but the vast majority of changes are from one version of the same religion to another. How did I become a Pagan?

Back in March I explored the idea of Paganism as an orientation:

I tried to be a Christian. I tried to believe the things I was told I had to believe. I couldn’t – they rang false. And I never considered becoming an atheist – something always whispered “there’s more.” I can be what I am, or I can be a liar.

I choose to embrace my orientation and be as devout and devoted a Pagan as I can be. 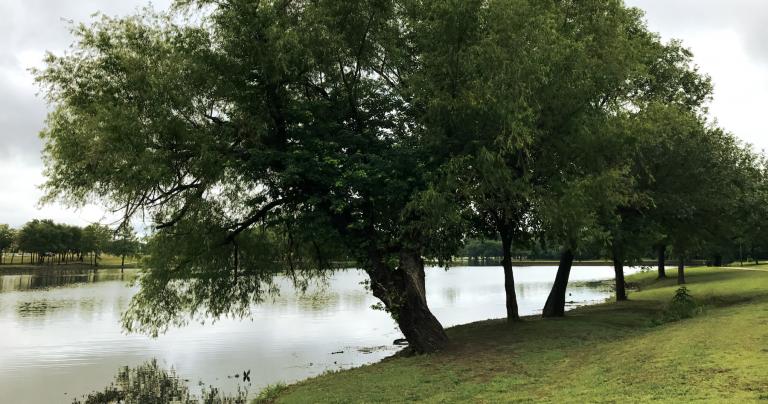 The idea that religion is a choice of what to believe is a very modern, very Western, very Protestant idea. For most of history throughout most of the world, religion has been – and remains – about what you do, who you are, and whose you are. For many people, the question of “religion” is meaningless. These are our Gods. These are our ancestors. These are our festivals. This is what we do. This is who we are.

When you attack someone’s religion, you attack their heritage, their culture, and their very identity. If you cannot see how and why this is wrong, I doubt I can convince you.

Which is not to say anything goes. We can and must judge people’s behavior, and where their religion leads them to do evil things we must oppose them. I have no tolerance for Daesh, for the Westboro Baptist Church, or for racist religions of any variety including those that fall under the Pagan umbrella.

But where people just want to be left alone to worship the Gods who call to them, you have no right to try to take that away from them. 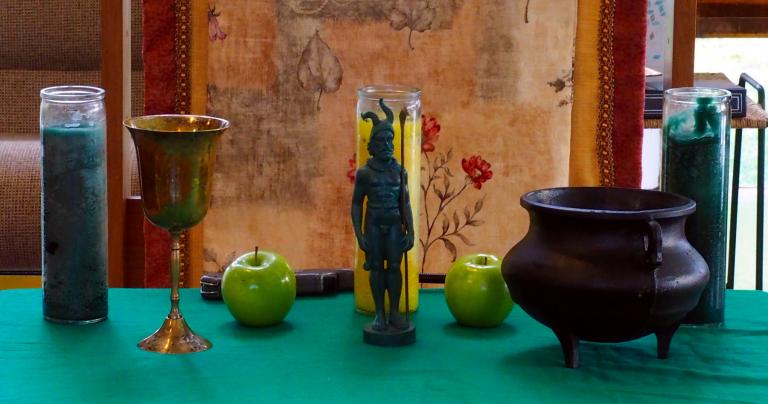 I appreciate the disaster relief work done by some Baptist groups. Their numbers and their wealth give them resources Pagans will not have for generations, and I applaud their responsible and compassionate work. And I condemn the disaster relief work by some fundamentalist groups which is done as a pretext for evangelism. Preying on vulnerable people to “win” converts is despicable. So is child evangelism, which preys on those without the maturity and breadth of knowledge to make a free choice.

“Turn or burn” evangelism isn’t much better. Even if you honestly believe that’s true, scaring people into converting to your religion by insisting you know exactly what happens after death – which is perhaps the greatest mystery of life – is at best disingenuous.

You can promote your religion without being obnoxious

We live in the most religiously diverse society in the history of humanity. This is a good thing – it gives seekers a better chance of finding the religion that calls to them. It also gives those of us who are curious about the world’s many religions a wonderful opportunity to learn. Certainly you are as entitled as anyone else to promote your religion.

Form groups, write books, keep blogs, and advertise to your heart’s content (or at least, to the extent of your budget). Engage in interfaith conversation, where such conversation is welcome and within the bounds of good hospitality.

I can’t speak for other Pagans, but I don’t mind one bit if you point out weaknesses in my logic or inconsistencies in my beliefs. I’m always looking to refine my thinking and I can’t do that if I ignore challenges. Just understand that a difference in foundational assumptions is not a logical fallacy, and that my refusal to continue a debate ad infinitum does not mean you’re right.

You aren’t going to win

With the exception of my college years, I have always lived a very religious life. Not just in doing the things I thought I was supposed to do, but also in thinking deeply about the premises, concepts, beliefs, and doctrines of the religions I was trying to practice. Whatever argument you’re going to make, I’ve heard it, examined it, contemplated it, and rejected it.

I have a Pagan orientation, but I grew up in a Christian world. I was thrilled when I discovered Paganism, but I floundered for eight years because I hadn’t dealt with all the baggage from my the religion of my childhood. On Thanksgiving Night 2001 I had an epiphany that changed all that. I worked through the baggage, killed my inner fundamentalist, and built a strong religious foundation based on reason and experience. It worked so well I wrote a book about it: The Path of Paganism.

My Pagan religion challenges me to live as virtuously as I can. It tells me that the greatest good is building and maintaining respectful and mutually supportive relationships. It gives me confidence to deal with the Big Questions of Life. It has been a good thing for me, and it will remain a good thing when I leave this world and move on to whatever comes next – about which I have some educated guesses but absolutely zero certainty (and neither do you).

So present your religion to the public. Let your God call who he will call. Welcome those who want to join you.

And leave the rest of us alone. 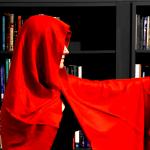 August 2, 2018
The Escape of the Rich and The Masque of the Red Death
Next Post 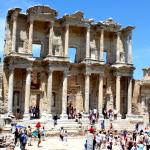 August 7, 2018 Conversations With A Persistent Proselytizer – The Importance of Foundational Assumptions
Recent Comments
0 | Leave a Comment
"No majority is behind any of this. The current Court is illegitimate, with Trump appointees ..."
Michel We Have Only the Rights the ..."
"I highly doubt the pagan community would survive well should a Dark Willow make an ..."
Nic Err Post-Dobbs Witchcraft
"Agreed, Dred Scott was the first of many.Minor v. Happersett (1875) denied women the vote.Plessy ..."
StarmanGhost We Have Only the Rights the ..."
"No one likes to be wrong and no one likes to feel like they have ..."
Nic Err Dealing With the Realities of a ..."
Browse Our Archives
Related posts from John Beckett