It’s been two years since I saw a bird glowing green in a way that birds don’t do. My conclusion at the time was that the Otherworld is bleeding over into the ordinary world. Different people related similar experiences, and we tried to come up with an explanation that would help us understand what is happening and what it means for us.

I don’t hear these conversations much anymore. I have no data, but I suspect the shock has worn off and we’ve settled into what passes for “normal” these days. Most of us are just trying to get by. That’s a perfectly reasonable approach, particularly when just getting by gets harder and harder every year.

But my own experiences of high strangeness haven’t slowed down, and when I look at the overall state of the world I’m convinced that the trend we identified in 2016 is still moving full speed ahead.

We never came to a consensus as to whether this is a worldwide phenomenon or if it’s restricted to the West. Certainly there are regions and cultures where the Otherworld never faded and where encounters with spiritual beings never stopped being a regular thing. There is plenty of evidence that disenchantment is a myth.

Much of the discomfort I’m seeing presently deals with things that are quite ordinary. But as an animist, a polytheist, and a magician, I do not for one minute believe our contemporary problems are entirely ordinary.

And that means our response needs to have an Otherworldly, magical component as well as an ordinary, this-world component.

Wildfires happen in the American West – they’re part of the ecosystem. And they’re exacerbated by human attempts to prevent them, so as to protect the timber industry and the homes of the wealthy. Still, this year’s fires have been especially large, and six of the ten largest fires have taken place in the last decade. Higher air temperatures are the primary cause (though not the only cause).

As this shows, global warming is not just melting icecaps and rising sea levels. Those of us who live inland (my house is 290 miles from the Gulf of Mexico, at 671 feet above sea level) will not be exempt from its effects.

Any individual incident can be dismissed as the randomness of weather. Taken together, they show a clear pattern: the climate is changing in ways that are unfavorable to humans. We can debate whether or not it’s too late to stop the worst of climate change (I tend to think it is), but even if it’s not, there is no political will to do the hard things necessary to change direction.

Climate change is already creating chaos in the world. It will create far more before everything is said and done.

Do I even need to list all the chaotic things done by Donald Trump? Those of us who thought George W. Bush was an embarrassment had no idea how bad things could get.

Even on the rare occasion when he does the right thing (renegotiating trade deals unfavorable to American workers), he does it in such an way as to create needless and harmful upheaval in business and industry. Wall Street doesn’t seem to mind (the stock markets are at an all-time high), but workers laid off because of tariffs do.

His “Religious Liberty Task Force” is a thinly disguised attempt to maintain a privileged position for conservative Christianity. There is no question “liberty” means allowing fundamentalists to refuse service to gay people, not making sure Pagans can have our holy days off from work without repercussions.

I’m hoping for a “blue wave” in November that will check many of his excesses, followed by replacing him in 2020. Still, we must never forget that Trump is a symptom, not the disease. If the concerns of those left behind in the current economy aren’t addressed, we’ll see another Trump – or we’ll see him re-elected in 2020.

The end of an empire, not the end of civilization

All empires eventually fall. Babylon, Egypt, Rome, Britain… America will be no exception. China will be the world’s next great superpower. We would be wise to be cultivating allies right now, not antagonizing them.

The primary loss – other than the jingoistic pride of nationalists – will be the ability of American corporations to move and exploit capital at will, and the easy availability of cheap consumer goods. Those aren’t necessarily bad things.

The British Empire started declining after World War I and it hasn’t been much of an empire throughout my lifetime. It’s still a pretty good place to live. Loss of superpower status doesn’t mean civilization comes to an end.

But it does mean many changes, some of which can be dramatic. 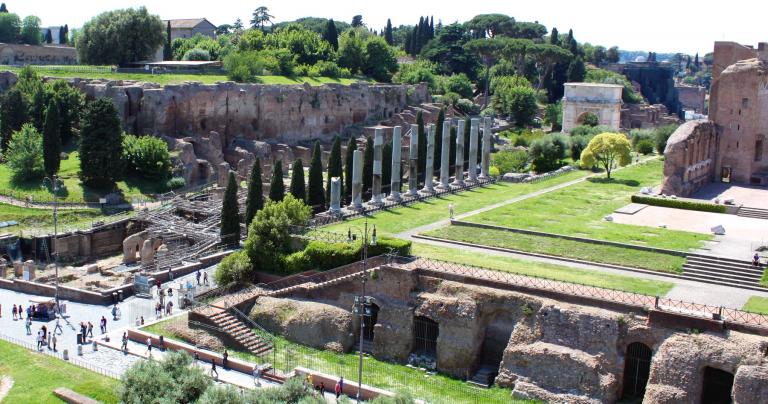 I’m seeing some people saying climate change and the depletion of fossil fuels are going to result in massive depopulation, the end of industrial society, the death of travel and the internet, and a new Dark Age. This is apocalyptic thinking, and apocalyptic prophecies have a 3500 year track record of being wrong every single time.

Make no mistake: there will be changes. It is quite possible we are currently living in “peak comfort” in ways our great grandchildren will look back on with a mixture of envy and disgust. But there is a floor below which our civilization will not fall. Going back to 1950s technology or even 1890s technology would not be a Dark Age. And I don’t expect it to go that far.

I do expect much of what we take for granted to change in significant ways.

I generally advise against assuming the various Otherworldly beings are overly obsessed with human affairs. They have their own interests, desires, and areas of responsibility. Sometimes their affairs intersect with ours and sometimes we wander into places where we really shouldn’t. But to assume they’re all tied up in us and what we’re doing places humans in a position where we do not belong.

Still, sometimes they pull us into their activities. We’ve been hearing the call of the Morrigan for seven years now. Last year Cernunnos called us to stand with our many allies. And the Fair Folk seem to be interacting with human society far more than in the recent past. This is supported by the personal experiences of many of us, myself included.

These experiences are UPG (Unverified Personal Gnosis) and you are under no obligation to accept them as legitimate. But they lead me to believe that the Otherworld (or at least, the portion of the Otherworld I’m familiar with) is in as much upheaval as the ordinary world.

The Otherworld is still bleeding through into this world. And it’s amping up the magic in the process. 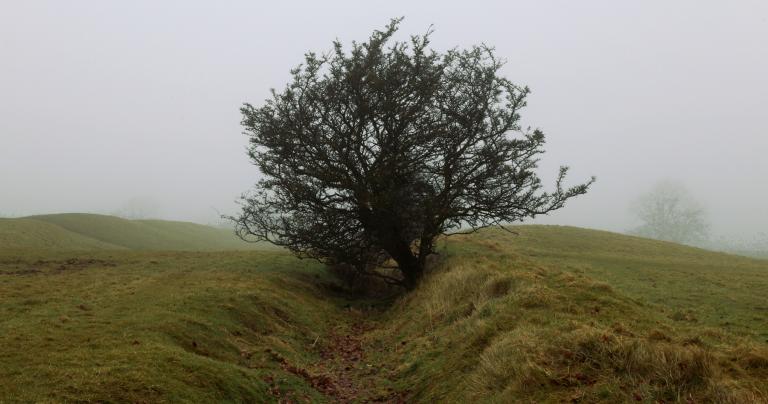 In times of trouble people turn to magic

History has been pretty consistent over the centuries. In times of trouble, people turn to religion, and they turn to magic.

In good times we think we can get by on our own. In bad times we realize just how precarious our lives really are. We realize we need help.

Some of us turn to religion, seeking refuge in the ways of our childhood or in the strength of community. Those of us who are Pagan look for help from our Gods and our ancestors. They’re always a good source of inspiration and strength.

Others turn to magic, trying to manipulate the odds in their favor. The PGM – the Greek Magical Papyri – was written during the decline of the Roman empire. Operation Cone of Power – one of the mythological foundations of Wicca (which is not to say it didn’t actually happen, because it almost certainly did) – took place during the darkest days of World War II. When times get bad, people turn to witches and witchcraft.

The bad news is that learning magic is a lot of work. The good news is that it has never been easier to learn magic than it is right now – not to mention safer. Stay out of Saudi Arabia and it’s highly unlikely you’ll find yourself burned at the stake.

So what are you waiting for?

We’re living in chaotic times and it’s only going to get worse. Some of the chaos has ordinary human causes, some has ordinary other-than-human causes, and some has Otherworldly causes. I don’t know how to divide up the blame, and I’m not sure it matters.

I don’t like chaos. Those of you who know me well know I really, really don’t like chaos. I like order and predictability. I’ve built my life by careful assessment of the odds and by placing low risk bets. But despite my best efforts, chaos occasionally intrudes.

But what chaos takes in certainty, it gives back in opportunity.

These opportunities are not distributed evenly, fairly, or predictably. They favor the young, the healthy, and especially the observant. They are no basis for building a just and compassionate society. But this isn’t a political post. This is a post about magic and the Otherworld and what we can do in this time of high strangeness.

Those who cling to the way things have always been will suffer greatly.

You can’t save the world, but you can save your little piece of it

I don’t know how much and how quickly life in the Anglo-American world is going to change from what we know today. I do not expect sudden cataclysmic changes. I do expect a long, steady decline, punctuated by occasional dramatic shifts.

You cannot stop these changes, not the Otherworldly ones and not the this-world ones. You can’t save the Earth – not that the Earth needs saving. The Earth will be just fine. Whether or not our species will be fine is another matter entirely.

What you can do is to take care of the Earth where you are. Take care of your family, your friends, and your co-religionists. Make sure you all have a place where you can be safe, and where you can all learn and grow and thrive.

Use all the means at your disposal: individual effort, group work, and magical work.

And when your little piece of the world is in decent shape, reach out and see who could use your help making their part of the world better. 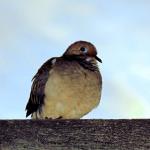 September 2, 2018
Many Gods in the Bible, Spiritual Warnings, Owning Knowledge, and More
Next Post