8 Things to do for Winter Solstice as a Solitary Pagan

Many Pagans are solitary practitioners, either by choice or by necessity. But a lot of Pagan activities for the Solstice are designed for large groups. In 2014 and 2015 I wrote a series of rituals for those working alone on the Wheel of the Year. Every year they’re near the top of the list of most popular posts – here’s the Winter Solstice ritual.

Are all the many Christmas traditions really Pagan? As Jason Mankey explained in 2013, some are, some aren’t, and some are complicated. The way I see it, the customs that don’t directly reference the birth of Jesus are organic responses to Winter and the Winter Solstice, even if they were started by Christians.

So put up a tree and decorate it with ornaments. Hang greenery – make your house a colorful contrast to the dreary outdoors. Set up candles – just use electric ones if you’re going to leave them lit when you’re not home and awake.

Even those of us who are happy for cold weather recognize that there’s something not so nice about Winter’s gloom. Make your home joyous and bright. 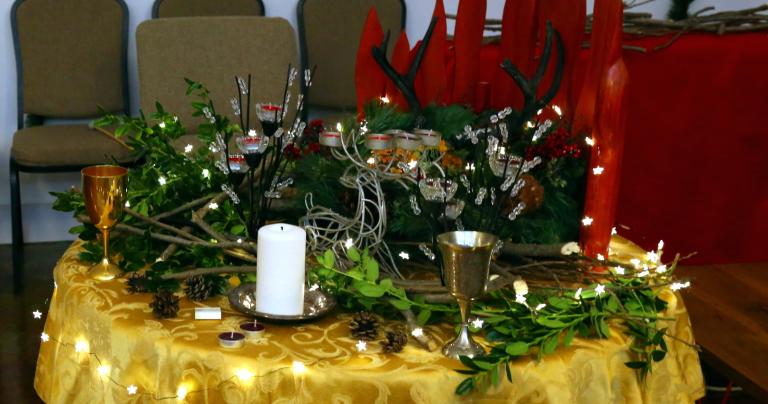 The Yule log is one of those customs whose ultimate origins are uncertain. But any ritual centered on a tree and a fire is Pagan enough for me.

There are numerous ways to do a Yule log. Some call for a specific wood. Some burn a whole tree trunk a foot or two at a time – that’s virtually impossible for those of us with contemporary fireplaces. Others don’t burn the log at all – they drill holes for candles and decorate it with greenery.

If you do burn your Yule log, save some of the ashes and use them in charms, especially charms of protection. 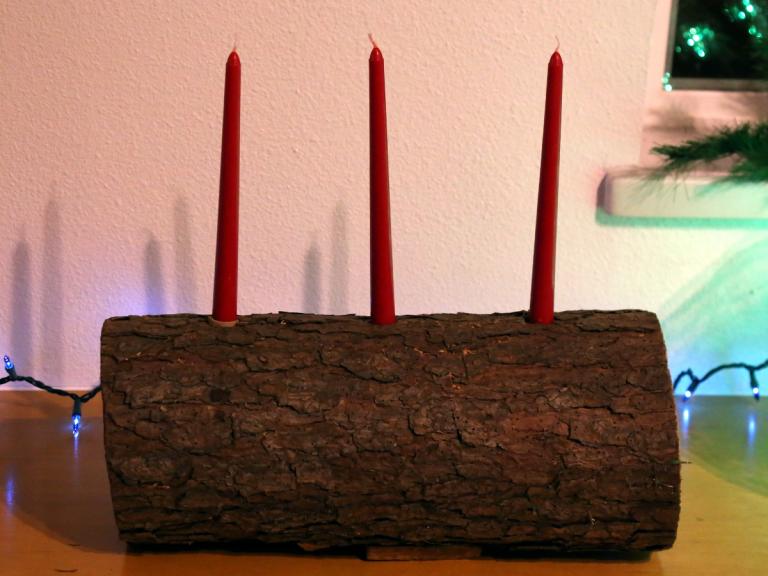 The Winter Solstice is the death of the sun – it’s the shortest day of the year. It’s a solemn occasion, one filled with mystery and magic. Particularly if you have clear skies, go outside and watch the sun slowly sink below the horizon.

What dies with the last sunset of the solar year? What do you mourn? What are you glad to be rid of?

Stonehenge is usually associated with the sunrise at the Summer Solstice. But the alignment works just as well (better, from my way of looking at it) for the sunset at the Winter Solstice.

There is no question that watching the sun set is among the oldest of Solstice traditions.

Imagine being inside Newgrange on the morning of the Winter Solstice – with clear skies. Imagine watching the inner chamber go from total darkness to golden brilliance.

The odds on being able to do that are very long. But you can watch the sun rise where you are. And as you do, sing it up.

Sing to a Sun God. Sing to a newly born Sun Child. Sing that the light has returned, and now the days will begin to lengthen. Knowing the science of the Solstice only increases the joy of knowing that the sun lives, and so life on Earth will continue. 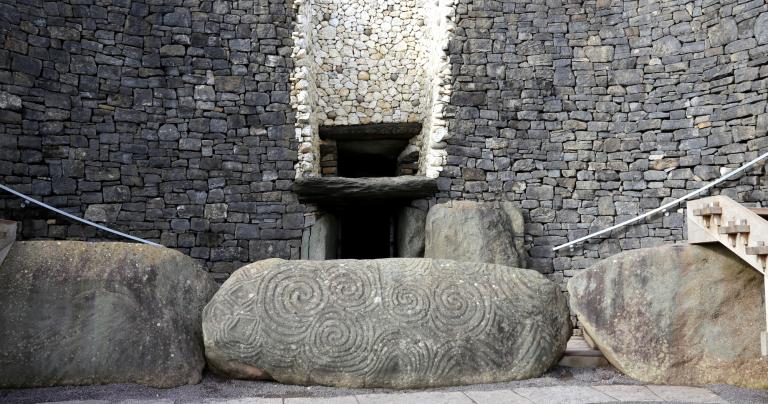 The Winter Solstice is the farthest south the sun will rise and set on the horizon (in the Northern Hemisphere). As you watch it die and be reborn, stand in an appropriate place (your front door, the middle of your back yard, whatever seems right to you) and make note of where the sun crosses the horizon. Do it again at the Equinox and at the Summer Solstice.

You’ll likely never build a stone circle or a passage tomb in your back yard, but knowing the extent of the sun’s movements helps connect you to the land where you are.

Gathering mistletoe is one of the few customs we know were practiced by the ancient Druids, though for them it was tied to the phases of the moon and not the stations of the sun.

Forget the kissing customs. Even if you’re not alone, they’re not exactly consensual (unless they’re a way for couples to kiss in public when they otherwise wouldn’t be allowed). For the Druids, mistletoe was known as “allheal” – use it in your healing magic.

It’s also poisonous (though the American variety is much less toxic than the European) so best to use it externally and not consume it.

Christmas extravagance is the creation of modern capitalism, but gift giving at the Solstice dates back at least to the Roman republic. Any tradition of kindness and generosity is worth continuing.

Gifts need not be expensive, nor must they be hand-crafted. They simply require the desire to share what we have with others, be it great or small. Give something to a family member, a friend, a coworker, or someone on the street.

Give with no expectations, not even the expectation of gratitude. Just give for the joy of giving.

Wassailing is the practice of going outside singing songs of Winter’s joy. Wassail is the hot beverage that makes it more enjoyable.

There are a million recipes for wassail on the internet. Basically it’s hot spiced cider. Start with non-alcoholic, non-carbonated cider. Add spices, especially cinnamon. Heat to a comfortable drinking temperature. If you want an extra kick, add brandy, rum, or whiskey (but save the good single malts for sipping).

However you celebrate and whoever you do or don’t celebrate with, may your Solstice be merry and bright. 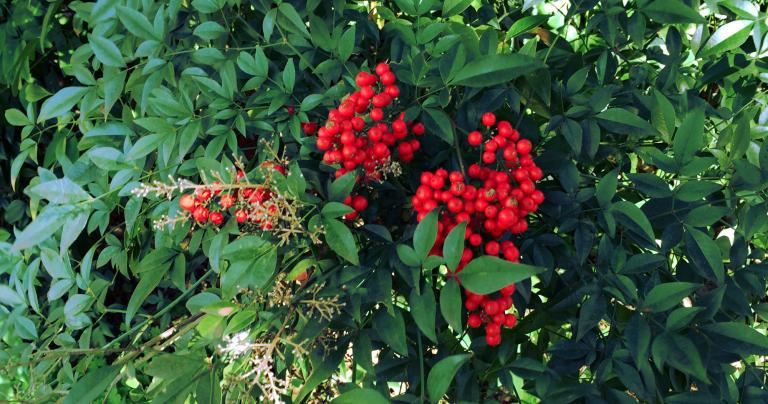 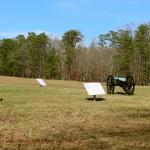 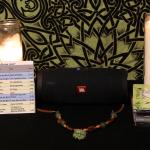