Is Boredom A Good Thing?

It’s good for kids to be bored. Or at least that’s what author and editor Pamela Paul said in a recent New York Times opinion piece titled Let Children Get Bored Again.

When people say that something I found torturous as a child is really good for you I usually have a strong negative reaction. And I did.

I complain about people who comment without reading and I don’t want to do that myself. So I read the essay – twice. And I still don’t think boredom is a good thing.

But the essay is more nuanced than the title implies, and it refers to our current society – which is a very different environment from the one I grew up in a hundred years ago, or so it seems. I think this topic is worth exploring in more detail for us as adults, as well as for kids.

I don’t have children. I didn’t like children when I was a child and that never changed. So I generally avoid telling people how to raise their own children, beyond the basics. Get them vaccinated, don’t hit them, and while you have the right (and arguably, the obligation) to raise them in your religious tradition, don’t indoctrinate them in any religion or the lack thereof. Do the best you can and good luck to you.

But the fact is that many children are overscheduled. Here’s an excerpt from the editorial.

Only a few short decades ago, during the lost age of underparenting, grown-ups thought a certain amount of boredom was appropriate… Nowadays, subjecting a child to such inactivity is viewed as a dereliction of parental duty… Every spare moment is to be optimized, maximized, driven toward a goal.

While poor families are doing all they can just to get by, middle class families are trying to give their kids any and every advantage to prepare for a society where there are winners, losers, and not much in between. That they feel compelled to do this points toward the need for significant changes in our socio-economic system, but that’s another rant for another time.

The problem is that this “every advantage” approach concentrates on building a resume for a college application, on checking off all the appropriate boxes. And all adults – parents or not – should understand first-hand the difference between checking a box and actually learning something. As with generals who are always preparing to fight the last war, the resumes these aggressive parents are trying to build are almost certain to be out of date by the time their children enter the workforce.

We outlawed child labor, and for a while we understood that childhood is a time for learning and for trying on adult roles to see how they fit (otherwise known as play). Now we’re going in the wrong direction, only replacing “labor” with “preparing for labor.”

Is it good for kids to be bored?

When I think back over my childhood, there are three memories that still bring me pain. The first was the Christian fundamentalism that I’ve written about extensively. No one should have to endure that. The second was farm work, which in all fairness was necessary and educational. Doesn’t matter – I still hated it. The third was boredom.

By the fourth grade at the latest, my last-of-May joy over the pending end of school was tempered by the realization that within a couple weeks I was going to be bored out of my mind. I lived on a small farm in what’s now suburbs, but then was largely undeveloped rural land. There was no “ride your bicycle to the park” because there were no parks, and the road we lived on was barely safe for cars, much less bikes. I didn’t learn to ride till I was an adult.

For most of the summer there was farm work, church, and TV (with three channels)… and I preferred boredom to work and church. There were occasional trips to the mall and such – this was Chattanooga in the 1970s, not Kansas in the 1880s. But there were long stretches of Nothing. To. Do.

Complaining about it was dangerous. Rarely would it bring something good. Sometimes it would bring sympathy. Other times it would bring responses like “OK, go clean the chicken house.” Which I heard as “your problems aren’t important to me.” I’m sure that’s not what my parents intended, but that’s what I heard.

I’m an adult now, with the perspective of an adult. And after consideration I’m convinced that unscheduled free time is a good thing. Learning to entertain yourself is a good thing.

Long blocks of boredom are a bad thing.

You are bored. And I’m going to let you in on a little secret about life. You think it’s boring now? Well, it only gets more boring. The sooner you learn it’s on you to make life interesting, the better off you’ll be.

I remember my mother saying something very similar. I don’t remember the context, but I do remember she was doing laundry at the time. That might have had something to do with it. And I remember thinking “you’re an adult – if you’re bored you can do something about it.”

I don’t think I’ve been bored for more than a couple hours at any time since my mid 20s. I’ve been stressed, frustrated, overworked, and at times downright scared. But bored?

I remember being bored. I’ll take the challenges of adulthood over boredom every single time.

What I learned while escaping boredom

I wish I hadn’t been so bored as a kid. I do not wish I had the kind of regimented days many kids have in this era. Because while the boredom was torturous, some of the things I did to alleviate it were very, very helpful.

I read everything I could get my hands on. I always had my own books, though never enough (remember, books are wealth). That’s why I never got into comics. I could read a comic book in 15 minutes, but a regular book would keep me occupied for hours. Before I was born someone gave my father a set of encyclopedias from 1946. They were horribly out of date when I first picked them up, but they were a place to start, and I could browse. And I did. We always had the local newspaper, which was pretty good.

I watched too much TV, and it gave me too many wrong ideas about what a good life was supposed to look like. But there was Dark Shadows, and Night Gallery, and Star Trek. Especially Star Trek. I didn’t lose interest in the later series so much as I didn’t have time for them. But I can still quote lines from TOS.

And there were the woods.

The woods were my safe space where I could be and say all the things that were too dangerous for me to be and say around other people. They were a magical place, where anything could be waiting just over the next hill, just behind that clump of trees. And although I didn’t have vocabulary for it then, I learned there is magic in wild places.

I couldn’t have learned all that if I had been shuttled from school to soccer practice to music lessons to advanced tutoring and home just in time for bed. Honestly, if I had to choose between that or what I had, I’ll take what I had. It worked out well.

But while I did these things to escape boredom, it didn’t take boredom to get me to do them. I was always reading. I was always fascinated with the woods. The TV was always there.

But in those long summers before I could drive, even they weren’t enough.

Not boredom, but what boredom facilitates

As many adults are prone to do, I think Pamela Paul is sanitizing and romanticizing an unpleasant part of her own childhood. She says:

It’s not really the boredom itself that’s important; it’s what we do with it. When you reach your breaking point, boredom teaches you to respond constructively, to make something happen for yourself. But unless we are faced with a steady diet of stultifying boredom, we never learn how.

Constant stimulation is not good. But we need not descend into boredom to escape it. We can set aside quiet time for meditation or for long walks. We can turn off the TV and the computer and let our minds wander where they will. We can even turn off the radio when we’re driving.

And if we do these things and do them regularly, we can teach them to our children.

Boredom was one of the worst parts of my childhood. I managed it the best I could when I was a child, and I promised myself I’d never descend into that kind of monotony again once I was in charge of my own life. 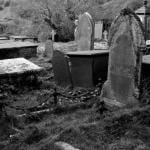 February 17, 2019
Why Is There Suffering? A Modern Pagan Response
Next Post 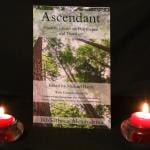 February 21, 2019 Ascendant: Modern Essays on Polytheism and Theology
Recent Comments
0 | Leave a Comment
Browse Our Archives
get the latest from
John Beckett
Sign up for our newsletter
POPULAR AT PATHEOS Pagan
1