The Problems with “Shaman” – Focus on the Work, Not on the Title

As I write this, the most popular post on Patheos Pagan is 6 Reasons To Stop Using the Word “Shaman” by Julia Penelope, with over 12,000 shares. Shares is an imprecise metric, but I’ve only had a handful of posts reach that level in 10 years of blogging – this is big. Julia does a good job of engaging a difficult issue, but this post is super-popular because it’s controversial.

Supporters agree that the use of “shamanism” has problems: it’s reductionist, imperialist, racist, and lazy. The Victorians lumped ancient Greeks and Celts along with contemporary Buddhists and indigenous people into one big category they called “pagan” – by which they meant “people who are not like us, and therefore in need of correction.” Likewise, the use of “shaman” to describe all spirit workers who do different things in different cultures in different ways arbitrarily lumps together people and cultures that don’t belong together and don’t want to be together.

And that’s before we get to people who are selling generic, sanitized, out-of-context practices and calling it shamanism.

Detractors of Julia’s essay largely fall into the categories of “you can’t tell me what to do!” and “but I’m a real shaman.” I quit arguing with the first group a long time ago. I can and I will… but you don’t have to listen to me.

The second group is illustrative of another, broader problem, and that’s what I want to discuss in this post. 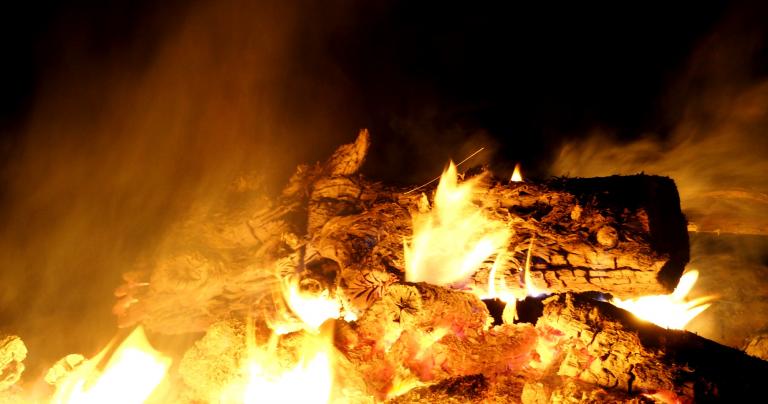 Borrowing and blending is a human thing

People have been borrowing and blending spiritual practices ever since the first tribe visited another tribe down the river and saw them doing stuff that looked useful. No modern religion is a “pure blood” including the Pagan and polytheist religions we’re building today.

When we borrow from other cultures there are two problems. The first is that often we are doing so from a position of political and economic supremacy. Anglo-American culture dominates much of the world and it has done real, serious, and in many cases irreparable harm to indigenous peoples. White people wearing Sioux headdresses (to cite a common example) adds insult to injury – and perpetuates the original injury.

Cultural appropriation is a highly charged topic and too many people seem more interested in appearing enlightened than in actually respecting other cultures and their autonomy (see the decline of the Japanese kimono industry for an example). At the same time, when indigenous and historically oppressed people say “this is a problem” I listen.

But I want to set aside the discussion of the impact on other cultures for the moment and instead focus on the other problem of cultural borrowing: too often it’s inauthentic.

Word meanings shift, but not all shifts are good

A quote of uncertain origin says that English is the result of Norman knights trying to pick up Saxon barmaids using church Latin. As English-speaking people moved throughout the world they absorbed new words into the language, a practice that continues to this day – particularly here in the United States, where immigration is still going strong despite the efforts of some to shut it off.

Over the past couple of weeks I heard two podcasts where knowledgeable speakers (one of whom is an anthropology professor) essentially said that “shaman” has been absorbed into the English language, with a meaning along the lines of “spirit worker in an indigenous tradition.” They’re not wrong.

But this is identical to the Victorian usage of “pagan” – it lumps people and practices together that 1) aren’t the same, and 2) don’t want to lose their individual identities.

Tom Swiss argues that “Shaman” Is A Fine Word For A Shaman and takes issue with Julia Penelope’s suggestion “why we don’t just call shamans priests?” I agree with Tom that shamans are not priests. In a Facebook comment, Tom decries “Americans who went to a weekend retreat and now inaccurately call themselves ‘shamans’.” The problem is that most of the people who are calling themselves shamans have more in common with those holding weekend certificates than with indigenous spirit workers.

To a certain extent I blame Joseph Campbell and his “monomyth” – the idea that deep down all cultures teach the same things. They don’t.

If you’re a suburban American and you call yourself a shaman, you’re saying “I do the same things that tribal people in Siberia and Brazil and Malaysia do” – when all of those people don’t even do the same things compared to each other.

Don’t pretend to be something you aren’t

Modern Western culture is materialistic and superficial. It’s no wonder many people look to other lands and other cultures for something meaningful.

When we see the spirit workers in tribal cultures, something speaks to us. We want to do that, we want to be that. But in order to truly become such a person, we would have to immerse ourselves in that culture and devote our lives to learning and living that role. Claiming their titles and their badges of office without doing what they do how they do it isn’t just insulting to them, it’s inauthentic.

You can buy all the drums and rattles you want, set up a tipi in your back yard, and make offerings of corn meal and tobacco, but none of that makes you “Native American.” If you call yourself that, or say you “follow a Native American path” you’re lying to yourself.

(Tribal membership is determined by individual tribes, and I have neither the right nor the desire to attempt to define it for them. But I know of no tribe that accepts people who “just really feel like they belong there.”)

As Julia Penelope said, “shaman is a Tungusic Siberian word used by said people to describe their spiritual leaders.” So if you aren’t from Tunguska (in Siberia) and you aren’t a spiritual leader for Tunguskan people, then you aren’t an authentic shaman. You’re lying to yourself.

The word and the practice are two separate things

Let’s be clear about one thing: when I say “you aren’t a shaman” I’m not saying that your practice is invalid.

If you learn something from Tunguskan shamans or from other indigenous spirit workers, great – use it. Make it your own. Not in the sense of copyrighting it and selling it under another name – that’s exploitative and unethical. Rather, make it your own in the sense of incorporating it into your life and your culture – that’s what humans have been doing ever since we became human.

Nor am I saying you shouldn’t do what you do in your practice. There are people who say that – I’m not one of them. Nobody owns “spiritual tech” – if something works, use it.

But you could gather all the necessary elements and recite the Latin Mass every morning and you still wouldn’t be a Catholic priest. Calling yourself that would be factually incorrect. Likewise, calling yourself a shaman or a curandero or some other indigenous title is factually incorrect, unless you do all the work necessary to be accepted into that culture and they give the title to you.

(In an unrelated Facebook conversation after I finished writing this, someone else suggested that the closest thing we have to “shaman” is “hedgewitch.” I think they may be right.)

If your practice is meaningful and helpful, keep it up! If you’ve found bits of spiritual tech in Siberia or Namibia or Peru, then use it. That doesn’t make you Siberian or Namibian or Peruvian, but tech is tech. If it works, it works.

But you’re going to have to find another name for it.

Labels and titles are useful, but they have their limits.

I sometime call the religion I practice ancestral, devotional, ecstatic, oracular, magical, public, Pagan polytheism. That’s a mouthful. It needs a proper name, and if I was trying to promote it as an institution it would have to have a proper name. Every time I’ve tried to come up with something I’ve ended up banging my head against the wall in frustration. So I just keep practicing.

Focus on the work, not on the title

If you feel attracted – or even called – to “shamanism” then focus your efforts on learning what the people who inspire you actually do, why they do it, and what it means to them. Learn directly from them if you can. The closer you can get to the source, the better.

Understand what is “spiritual tech” that can be adapted to your situation and what is culture that can’t. Don’t pretend to be something you aren’t.

Respect the stated desires of indigenous spirit workers to maintain their traditional titles and identities, and to not be lumped together with people from halfway around the world just because some Western academic thinks “well, they look the same to me.”

If you need a label or a title, your community or your spirit allies will give you one. If they haven’t given you one, simply assume you don’t need it yet. Keep focusing on your work.

It’s true that there are bigger problems in the Pagan community than whether or not some of us call ourselves shamans. But authenticity matters.

Do what you’re called to do. Practice what’s meaningful and helpful to you. But do it respectfully, and do it authentically. 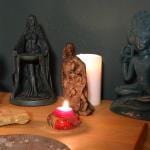 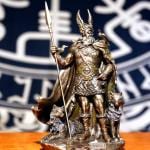