Confronting Stereotypes and Prejudice Against Paganism

A question came in this month’s Conversations Under the Oaks that was more timely than anyone knew.

How do you educate someone when they try to ban all forms of Norse Paganism because they think every Norse Pagan has to be a Nazi or a white supremacist? As cute as the meme of “Odin didn’t die for the Nazis to steal his runes” is, it’s not going sway anyone who only sees Nordic runes or hears Odin or Thor when someone shoots up a Jewish school or shows up in rallies like Charlottesville.

This was received before the mass murders at the Christchurch mosque.

First of all, I’m not a Heathen or a Norse Pagan and I do not speak for them. For a Heathen perspective I recommend Heathens United Against Racism and The Troth. I know some people in those organizations and I trust them, and I’ve seen their work over the past few years. One of the best ways you can promote inclusive Norse Paganism is to band together with other inclusive Norse Pagans. 500 people can accomplish a lot more than one.

But I’ve been a Pagan for 26 years and a public Pagan for 16. While most of the responses I’ve received have been accepting or at least tolerant, I’ve encountered my share of misinformation and outright prejudice, and I’ve learned a few things about dealing with it.

Why do politicians do so much name-calling? They know – because their high-priced consultants told them – that if you can associate your opponent with something negative, voters are less likely to vote for them. And then the other candidate spends all their time responding to those accusations (“no, I’m really a good person!”) and ignoring issues of substance. The more times they say “I’m not a baby eater who wants to take your cows” the more the public associates them with “baby eater” and “take my cows.”

If you need to make a declarative statement, make it as strong and unambiguous as possible. “Nazism, racism, and other forms of bigotry have no place in our religion.” This is not the time for nuance or for pandering to fence-sitters in your own tradition.

Of course, this assumes you really do have no place for bigots in your religion and don’t enable them by saying “well, it’s not my place to tell anybody what to believe.”

Once you make a short and simple declarative statement, be done with it. Then start telling them who and what you are. Describe what you do, why you do it, and especially what it means to you.

Keep it simple. I’ve literally written a book on Paganism (two books, as of June 8), but when people ask me what it is, I say that Paganism is seeing the Divine as all genders, seeing the Divine in Nature, and an affinity for the beliefs and practices of our pre-Christian ancestors. That’s it. If they have questions I’ll go into more depth, but for the vast majority of non-Pagans that’s really all they want to know.

As with political name-calling, people will associate you and your religion with what you talk about most, whether that’s what you are or what you aren’t. Spend your talking time – and their listening time – talking about what you are.

If you spend all your time defending Paganism or Heathenry, you won’t have a lot of time left over to actually practice Paganism or Heathenry or whatever your tradition is. None of our modern Pagan or polytheist religions are evangelical religions. While spreading our “good news” is generally a helpful thing (it’s one of the core missions of this blog) what matters most is honoring our Gods and ancestors, working our magic, and living our traditions. Not every battle is worth taking time away from those core activities.

Some battles simply can’t be won, and fighting them isn’t just a distraction, it’s counterproductive. In their FAQ, the Troth explains their policy on the swastika:

The organization does not believe that the swastika can be reclaimed or rehabilitated. It is as simple as that … The swastika is lost. Heathenry will survive without it … To allow discussion of reclaiming a symbol used to commit genocide and murder of people in WW2 and that is still being used by white supremacy today, is to support a non inclusive environment…

When Denton CUUPS presented our Gleichentag ritual last fall, we included the Othala rune on our altar to represent our ancestors. This is the proper meaning of that rune. In our pre-ritual briefing, we explained that some people misuse this rune as a symbol of Nazism and white supremacy. But when we posted pictures of our ritual on Facebook, we deleted any that showed the Othala rune. We could be confident that the people who were there would hear our words and understand the context in which we used it. In a picture without that context, they might jump to wrong conclusions.

I’ve heard stories of Facebook deleting posts that include the Othala rune, even those that decry its appropriation by Nazis and other scum. Facebook is not known for practicing serious discernment before reacting.

Is the Othala rune worth fighting for? As a non-Heathen, that’s not my decision to make. Perhaps it can be reclaimed. What I’m sure of is that displaying it without additional context is likely to be received poorly. 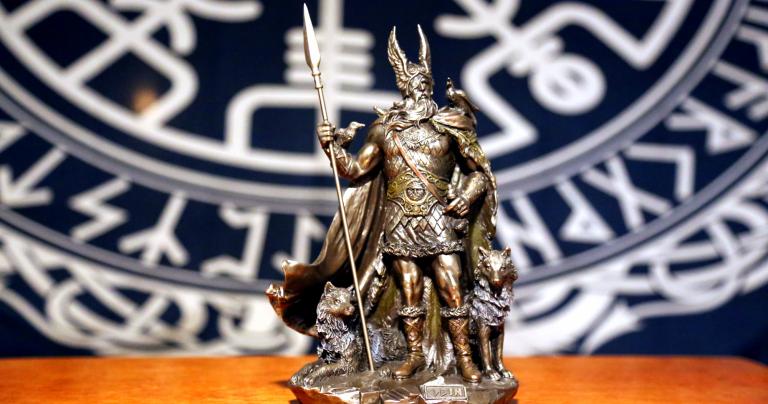 You are always an ambassador for your tradition

There have been times when I’ve been on the verge of a meltdown in public (sometimes due to external reasons, sometimes due to internal ones) only to remember I was wearing a Pagan t-shirt. That gave me some extra motivation to keep my composure – I didn’t want people to associate “Pagan artwork” with “crazy old man” (which is likely how I would have been seen by people who didn’t know what was going on).

Be as “out” as you can be. One of the reasons public opinion changed so quickly (by historical standards) on LGBTQ+ issues was that more gay people became visible. All of a sudden it wasn’t “those people” – it was the “the nice guy in the next cubicle” or “little Cindy’s two moms.” When “the Other” becomes known, they aren’t “Other” anymore.

This isn’t fair. If a Baptist minister shows up to an interfaith event dressed inappropriately, people will say “that guy really dresses sloppy.” If I do it, they’ll say “Pagans are slobs.” Those of us who are in the majority in some areas (racially, economically, educationally, etc.) owe it to those who are not to constantly advocate for a welcoming society that not only tolerates but celebrates diversity. We will personally benefit in those areas where we’re in the minority. Besides, it’s the right thing to do.

But until our mainstream society grows up a lot, remember that you may be someone’s only picture of what a Heathen or a Pagan looks and sounds and acts like. Give them as good a picture as you can.

But never trade authenticity for acceptance

Early Wiccans leaned heavily on the Rede: “an it harm none, do as you will.” Harming none has no connection to traditional witchcraft – the very definition of witchcraft in most societies is “malefic magic.” Neither does it have any connection to pre-Christian religions, who by and large were big on hospitality but also big on crushing their enemies.

Gardner, Valiente, and their contemporaries knew they were fighting an uphill battle to make witchcraft socially acceptable. So they said “see, our biggest rule says we can’t hurt you.”

I still see people who say “you call it God – we call it Nature” and “spells are just like prayers.” See, deep down I’m just like you.

No. Deep down it’s not all the same. We may all be humans with basic human needs, but we attempt to fill those needs in radically different ways. The proper response to our differences is not to whitewash over them, but to accept them, accommodate them, and celebrate them.

Abandoning the swastika or the Othala rune is one thing. Abandoning a worldview that includes Gods, ancestors, and magic is something very different.

Never sell your soul for acceptance.

We win through authenticity and commitment

For all its faults, this is the most religiously diverse society in the history of humanity. I sometimes call it “the marketplace of religions” and many times it is. But other times it’s less of a marketplace and more of a battlefield.

Nazis and white supremacists are our enemies and all people of good will should oppose them whenever and however we can. But they are not the biggest threat to our Pagan, Heathen, and polytheist religions.

That threat is a mainstream society that on its bad days can’t tell the difference between those who worship Odin in the Norse tradition and those who profane Odin’s name to justify their racial hatred. And on its good days thinks we’re all worshipping the same Great Mother in the Sky or some other superficial blending of traditions that have nothing to do with each other.

We cannot defeat them in a head-on attack – they are too many and we are too few… and their foundational assumptions often creep into our own religions and corrupt them.

We win by surviving – by continuing to do and be what we’re called to do and be, no matter what.

We win by being the deepest and most authentic practitioners of our traditions that we can be. 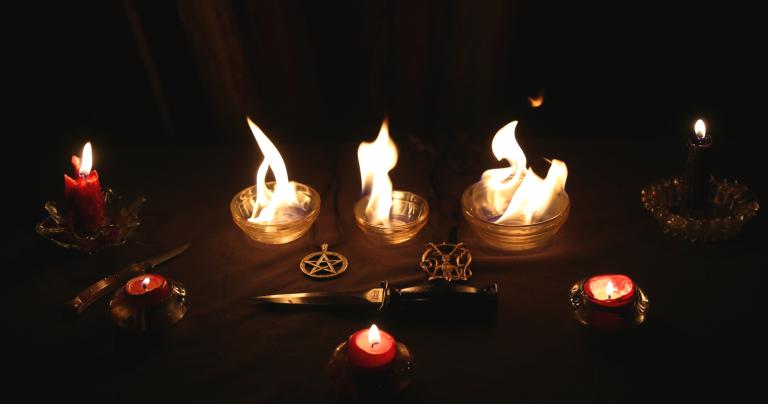 In Pagan Britain, historian Ronald Hutton said that Christianity ultimately triumphed over Celtic, Anglo-Saxon, and Norse Paganism “simply because it cared more about winning.” In our multifaith environment, “winning” does not require evangelism. It simply requires authenticity and commitment.

Authenticity leads to depth, and depth leads to power. The mainstream religions are in a long, steady decline because they lack power. If we practice powerful religions, people will find us.

Commitment insures that depth isn’t squandered over egos or when those in high places fail – because we will all fail sooner or later. But with commitment to our Gods and ancestors, we will keep going anyway.

In the long run, authenticity and commitment will insure the victory of our Pagan, Heathen, and polytheist religions. 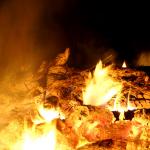 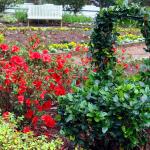 March 28, 2019 Pagan Chaplains, Reluctant UUs, and the Impact of the Shredded Veil on Magical Abilities
Recent Comments
0 | Leave a Comment
"I used to have an online acquaintance who didn't believe in god(s) because, they claimed ..."
MadGastronomer 9 Ways to Facilitate Spiritual Experiences ..."
"I finally have time to watch it and started yesterday. It has a Riverdale/Sabrina vibe, ..."
Nekoshema Wednesday
"Yes!!! So glad I am not the only one that thinks this!! LOVED this show, ..."
Erin McGuire Wednesday
"Thank you for this. I did not know about "Wednesday" and reactivated my Netflix account ..."
OrderInTheQuartz Wednesday
Browse Our Archives
Related posts from John Beckett