History is Inspirational Not Authoritative 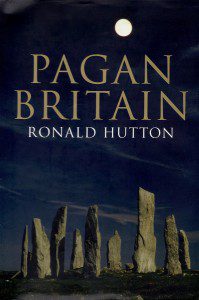 For all the talk of “the Old Gods” “the Old Ways” and “the religions of our ancestors” modern Paganism is a collection of modern religions. While Druidry has legitimate claims to being 300 years old, OBOD just celebrated its 50th anniversary. ADF was founded in 1983. AODA, the Ancient Order of Druids in America, dates all the way back to 1912. Other Pagan traditions have similar histories.

The more popular religions have centuries of living traditions to draw on, and while their beliefs and practices may not be as pure and unchanging as some like to claim, at least they were transmitted organically, and they are readily available.

We’re still trying to figure out who and what we want to be when we grow up. But when we look back to the past, we frequently find ourselves dealing with times and places for which there are few definitive sources. If we want to know how our pre-Christian ancestors lived and worshipped, we are dependent on historians, archeologists, and anthropologists.

What can these and other social scientists tell us about our pagan forebears? And perhaps more importantly, what can we confidently do with their findings?

Pagan Britain is the latest book from Ronald Hutton, Professor of History at the University of Bristol in England. It is a work of academic history – 400 pages of text followed by 59 pages of notes. It is a book that tells us what we know, what we don’t know, what we used to think we knew, and what we will likely never know.

The book is divided into seven chapters, each covering a distinctive period in British history.

The Palaeolithic and Mesolithic covers what has been found in caves, which is about all that can be conclusively dated from this period. The Earlier Neolithic discusses the oldest tomb-shrines. These chapters are heavy on factual reporting: what has been found, and where, and in what context.

The late Neolithic and Early Bronze Age is subtitled “The Time of the Sacred Circle” and covers such sites as Bryn Celli Ddu on Anglesey, the Ring of Brodgar on Orkney, and the famous Wiltshire monuments Stonehenge, Avebury, and Silbury Hill. This chapter contains a fairly large segment devoted to interpretations. It is not, however, Professor Hutton’s definitive statement on why they were built and how they were used. It is a survey of what various historians and archeologists over the years have suggested and how those suggestions have fallen in and out of favor. Hutton’s one professional pronouncement is “that it is impossible to determine with any precision the nature of the religious beliefs and rites of the prehistoric British.”

Late Prehistory covers the time leading up to Julius Caesar’s invasion in 55 BCE. It deals with two problems of particular interest to modern Pagans. The first is “The Problem of the Celts” and the fact that evidence – including recent DNA analysis – does not support the idea of a massive invasion of Britain in the late Iron Age. The second is “The Problem of the Druids” and summarizes much of the material Hutton previously presented in Blood and Mistletoe, namely, that while we can make a few reasonable guesses about who the Druids were and what they did, it is impossible to know with any certainty what their rites looked like.

This chapter is not all hard facts. Hutton draws some conclusions that are helpful to modern Pagans in a general sense.

We can be certain that the pre-Roman British believed in and honoured a large number of goddesses and gods, with powers and functions related to the natural world or to human concerns and activities, and often particular to specific localities and peoples. This is partly because the British are revealed as doing exactly this as soon as the Romans arrived among them, and partly just because all European pagans did so.

It is also possible to reconstruct the festive calendar of the ancient British, in outline, from historic records and comparative data. We can be positive that it included feasting and merrymaking at midwinter … an equivalent celebration at midsummer … and festivals and ceremonies to open the four seasons, especially summer and winter.

We can also be certain that the pre-Roman British possessed some sort or sorts of belief in the survival of the soul after death … They did not, however, agree on its actual content, some … expected to be reborn in different bodies on this earth, while others reported a conviction that people would continue to exist with their accustomed identities and bodies, but in a parallel world.

The Roman Impact deals with the period of Roman occupation beginning in 43 CE, a period for which we have some written records and ample physical evidence for religious activity. In particular, it discusses the importation of deities into Britain and the conflation of Roman deities with existing British ones, a matter complicated by the fact that in many cases, we simply don’t know whether a particular deity was native to Britain or not.

With the invasion of the Saxons, Britain was effectively repaganized. Hutton covers what is known of Anglo-Saxon paganism. He makes what I think is a key point for us when he says “all early Germanic languages have many words for precise ceremonial actions, rather than for cosmological concepts.” We are firmly in the company of our ancestors when we emphasize practice instead of belief.

Hutton lists three reasons why the English converted to Christianity. They were surrounded – all their neighbors were Christian. The rise of kings made conversion easier for missionaries – convert the king and you convert the population, at least officially. But perhaps most importantly

unlike Christianity, native English forms of religion were not missionary and militant faiths … the more aggressive, determined and monopolistic religion had the edge over its rivals, simply because it cared more about winning, and demanded absolute victory.

While most modern Pagans reject proselytization as unethical – a position with which I am in strong agreement – this historical fact demands our consideration.

The Legacy of British Paganism explores yet again the question of ancient pagan survivals into the Middle Ages. There are no new revelations here: while some beliefs (in faeries and sacred wells), practices (protective and divinatory magic), and seasonal celebrations (maypoles, gifts at winter solstice) carried over into the Christian era, it is virtually certain there were no survivals of pre-Christian religion as religion in Britain.

In the Conclusion, Hutton says:

To admit how much we cannot certainly know, and then to turn that into an opportunity and a strength, rather than an embarrassment or a handicap, is simply to make the best possible use of a common resource.

It is not possible, for example, to argue convincingly that Stonehenge was built by extraterrestrial aliens, Mycenaeans or Egyptians, or dates from any period other than the third millennium BC. It is equally impossible to declare credibly that it was a factory or a royal dwelling, or anything other than a ceremonial site.

This leaves us free to listen to the deities who call to us and to create a religion – or many religions – that honor Them and serve our communities.

I wouldn’t have it any other way. 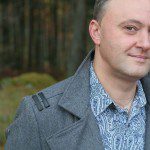 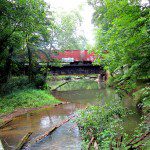 September 21, 2014 Nine Things I Think
Recent Comments
0 | Leave a Comment
"Like the article and its highlighting the encumbrances of "add-ons" that become enshrined, both materially ..."
Kalen Cap The Pew Doors of St. Cuthbert’s ..."
"I find this situation odd. I don't understand why a person would leave a mainstream ..."
Mercurial Delish A Reflection on a Blogger Leaving ..."
"Man tbere r people in turmoil in the world there r men on the yellow ..."
Govinda Kanha Sarkar Enough With the Mabon Hate!
"As much as I've shown annoyance with Celtic/Wiccan holiday names before...all I can say this ..."
Ingeborg Nordén Enough With the Mabon Hate!
Browse Our Archives
get the latest updates from
John Beckett
and the Patheos
Pagan
Channel
POPULAR AT PATHEOS Pagan
1