Are The Old Ways Really Better?

Twice in the last week or so I saw teachers I respect say “Do X instead of Y – X is older.”

I’m not going to name them because I don’t want to make this about them. They’re both well-informed, academically-sound writers and teachers whose work has been helpful to me and to others… not to mention they know more about “X” and “Y” than I do. They have their reasons for doing what they do and I don’t want to challenge them.

However, I frequently see people assume that older is better, particularly when it comes to religion and spirituality – and I do want to challenge that idea. I want to challenge us all to think about these things mindfully, and to consider each situation on its own merits rather than jumping to the conclusion that “older is better”… or for that matter, “newer is better.”

Are the “old ways” really better? Let’s take a look. 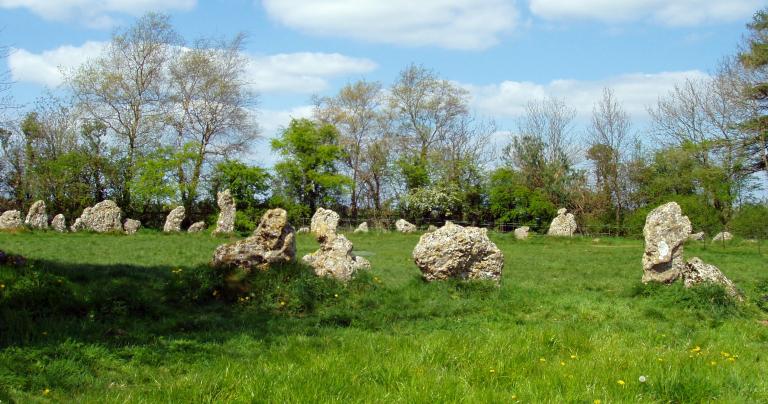 I like classic cars, and I’d love to have a 57 Chevy or a 65 Mustang. But for driving day in and day out – and especially for long trips – I want the newest car I can get. Newer cars are safer, cleaner, more comfortable, more reliable, use less fuel, and drive far better than older cars.

My grandfather and two of my uncles died of heart attacks. My father survived three, because he was younger and medical technology had advanced to the point they could save him.

I want today’s sanitation, food safety practices, and medical care and not what my grandparents or their grandparents had.

Some people are trying to take this country back to the 1950s, but I like civil rights laws, marriage equality, and all the social progress we’ve made in my lifetime. I want to go forward, not backward.

Progress is not inevitable, and it’s not a one-way thing. We can go backwards, and in some areas we are. But in most situations I want the newer thing, not the older thing.

The myth of a time that never was

It’s human nature to talk about good times and try to forget bad times. Plus history is written by the winners, so official accounts emphasize what went well and gloss over what went wrong. Over time this leads to views of the past that bear little resemblance to reality. Over generations it leads to the idea of a mythical “golden age” when everything was right in the world.

For Pagans this is often pre-Roman Britain, pre-Christian Norway, or Atlantis. In the Baptist church where I grew up, the golden age was the “New Testament church” – which bore little resemblance to what’s actually described in the New Testament but looked a lot like the proto-fundamentalism of 19th century American evangelicals. Golden ages can be blank slates that we can twist into our preferred utopias.

People in past times were just people like us. Not Gods or demigods… and not demons. Just flawed humans doing their best to make a life for themselves and their communities. They’re our ancestors and we should honor them as such – without them we would not be. We look to them for guidance and for inspiration.

What they did was the best they could do at the time. Where we can learn from them, we should.

And where we can do better, we must.

The origins of most religions are lost to history. Origin stories are myths – stories told to tell people who they are and where they come from, not to relay historical facts. But with newer religions, we have more actual history and original documents. And examining them can be quite educational.

Did you know Gerald Gardner’s original Book of Shadows is available online? Take a look at it and see what you think. I’ll tell you what I think – Gardner needed an editor! (OBOD founder Ross Nichols edited some of his work and high priestess Doreen Valiente edited more – I don’t think either of them touched this.) This isn’t just a case of bad documentation – Gardner was still working out what it meant to be Wiccan.

Compare that with Valiente’s Witchcraft For Tomorrow (1978) or Buckland’s Complete Book of Witchcraft (1986). They’re not just better written, they show a more complete development of the concepts Gardner proposed.

This is common with religion, spirituality, art, music, and most forms of culture. The original will always be special because it was first, but later versions are clearer and deeper.

Perhaps the greatest contribution of Raymond Buckland and later Scott Cunningham to Wicca was to make it available to solitary practitioners and others working without a direct lineage to Gardner. Self-initiation represents a divergence in Wicca – a separation of lines.

Divergences can be helpful or unhelpful, but mainly they’re different. And the reasons for divergences are usually issues that were unimportant or even non-existent at the beginning. There were numerous reasons why Christianity split into Roman Catholicism and Eastern Orthodoxy in 1054, but perhaps the biggest was simply that one was Latin and the other was Greek.

Good religion and good art are both living things – they change over time. Many times these changes are good, or at least neutral. Sometimes they’re not. Christianity diverged, then it became corrupt in the Middle Ages: the Inquisition, the sale of indulgences, and other problems that led to the Protestant Reformation (whether the cure was worse than the disease is another topic for another time, and likely for another blog). 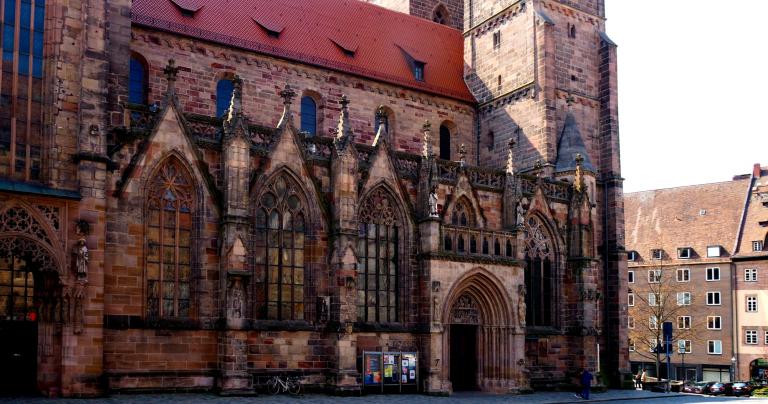 So while living traditions grow and evolve and while newer is usually better, sometimes a tradition gets so far removed from its origins that it’s at odds with the ideals upon which it was founded, and with its mission.

Forgotten skills can be useful

The “old vs. new” debate doesn’t just apply to religions. GPS is great, but knowing how to use a map and compass can be helpful. The US Navy has returned to teaching its officers how to navigate by the stars, in case GPS malfunctions or is taken out by enemy attacks.

I haven’t driven a forklift in 18 years or a manual transmission in 12, but I can still do either one if I need to.

In an uncertain world, knowing how to grow and preserve your own food is an essential skill. Knowing alternatives for medical treatments that may become illegal or simply unobtainable can be life-saving. The renewed interest in witchcraft in the mainstream culture is in large part due to the lack of power for anyone other than the ultrawealthy, but especially for young women. If the new routes to power are closed, we can return to older routes.

Newer is usually better, but older skills can be useful.

Participating in our heritage

Sometimes it’s not a question of what works best. Sometimes we prefer older ways because they connect us to our ancestors.

I wear a white robe because one of the few historical sources on the ancient Druids say that’s what they did. I’m a Druid no matter what I wear, but if I’m going to wear special clothing for religious events, it’s nice to wear something that connects me to my spiritual ancestors. 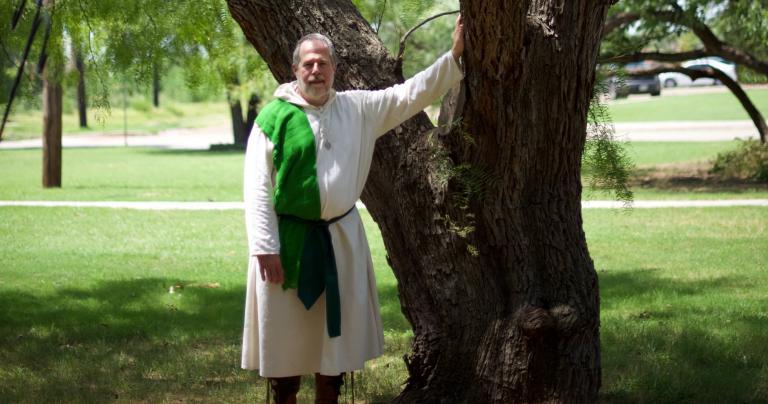 Lughnasadh has no particular significance for me (nor apparently for most Pagans) but it’s something my Celtic ancestors did, so celebrating it is a connection to them – and of course, to Lugh.

There is value in tradition – in doing things the way they’ve always been done, or in the ways we think they were done in the past.

Heritage is never a valid reason for perpetuating a wrong. Confederate flags belong in museums, not on pickup trucks. But most of our heritage doesn’t carry that kind of baggage.

Are the old ways really better?

I think by now you understand that question has no simple answer. Let’s think about these things mindfully and consider each situation on its own merits. 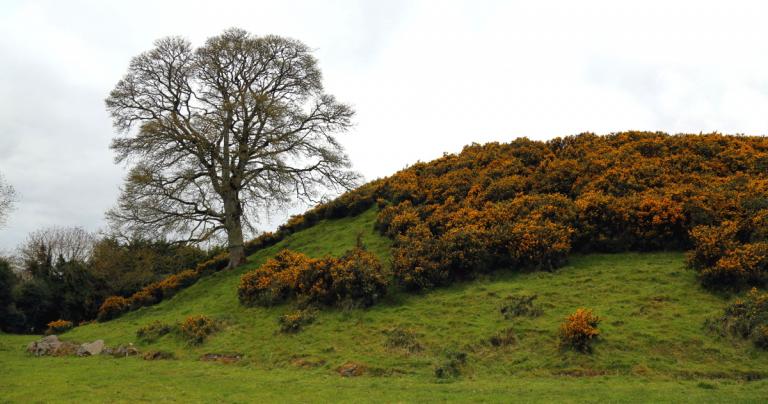 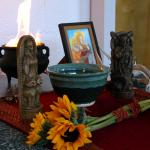 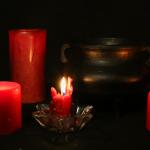 August 6, 2019 You Didn’t Learn Witchcraft To Find A Parking Space
Recent Comments
0 | Leave a Comment
"I like this analogy. We need to develop the MENTAL SKILL of skill-building, which skill ..."
Laurie You’re Just Making It Up As ..."
"Really... Interresting. I write a book with a friend (a fantasy/science fiction novel) and there ..."
Céline Aubé To Everyone Who Was Called by ..."
"Far right extremism is on the upswing worldwide. I was unfortunate enough to meet a ..."
Laurie The Dobbs Leak: A Litany of ..."
"Here is the only thing I could find. Perhaps you already found this page, too, ..."
Laurie The Dobbs Leak: A Litany of ..."
Browse Our Archives
Related posts from John Beckett