Fellow Denton Pagan Ruth Gibbs brought up a very important suggestion: keep a journal during this time of pandemic.

I’ve kept a journal irregularly since I got out of college and regularly since I was 34. There’s a section on writing as a spiritual practice in The Path of Paganism. Keeping a journal is a good thing at any time. And in times like these it’s especially important. 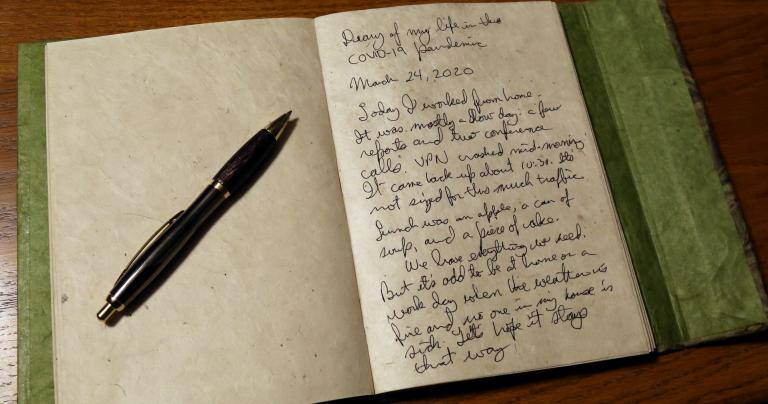 I’m going to quote liberally from Ruth’s Facebook post, since she said it better than I can:

So there’s a thing that happens which is VERY frustrating, and that is, when researching history there’s usually some pretty big gaps.

Sappho is one of the only ancient Greek female poets we have record of, and we mostly have fragments. We’re REALLY LUCKY Anne Lister wrote down her deeply, deeply queer life in code and that her story got preserved. We have almost no information on the religion of poor people in ancient times because they were illiterate, and rich people tend to neglect information pertinent to poor people. Nazis tried really hard to keep Jewish people’s accounts of the Holocaust from getting out, so Anne Frank’s diary is not only valuable, but necessary as it records the experience of someone we usually don’t get to hear from, i.e. a young girl.

We live in a media-saturated era, so it can be hard to imagine that anyone would ever need our personal accounts of what was going on during the COVID-19 pandemic. But even responsible media only reports what it thinks is important in the moment, and irresponsible media reports what supports its political preferences.

Ten or a hundred or a thousand years from now, someone is going to want to know what the effect of the pandemic and the response was on ordinary people. They’re going to want to hear from people who never wrote for The New York Times or appeared on Fox News.

Let’s leave good notes for them.

Your descendants will care what you did

Your journals may never make it into an HBO/BBC series or a 25th century Ken Burns documentary. But your many-great grandchildren will treasure a tangible link to you and your life.

I’ve been talking a lot about ancestor practices lately. In difficult times it’s helpful to remember that all of us have ancestors who lived through plagues. It’s only because they survived that we can be. It’s good and helpful to make offerings to them, and to connect to them in meditation and prayer.

But how great would it be if we could read their actual words, written while they were going through something very similar to what we’re experiencing?

Some day we will be the ancestors. I hope my spiritual descendants and my indirect physical descendants will connect to me where ever I am in the Otherworld. But I can leave them my journals and give them a material connection to supplement the spiritual connections.

Besides, I love the idea of a future conversation that goes something like this:

“Hey, did you know my great-great-grand-uncle was a Druid?”

Whatever spiritual immortality may or may not be, we can be certain that we live on in those who remember us. Let’s give them something to remember us as we really were.

You will see this again

A quote of uncertain origin says “history doesn’t repeat itself but it often rhymes.”

There have been other pandemics in the past, but there is no precedent for the kind of world-wide response we’re living through. Hopefully we won’t see another Coronavirus pandemic any time soon – maybe we will and maybe we won’t.

But we will see other disruptions to everyday life. Every year brings winter storms, hurricanes, and wildfires. The business cycle periodically brings recessions and even depressions. War and terrorism can break out at any time.

What you learn this time will help you next time. What supplies do you need to keep stocked at all times? What stuff is just stuff that ties you down and restricts your flexibility?

What bit of magic helped you get through, and what just didn’t work?

This has been one of the main benefits of journaling throughout my life. When I get into a tough spot I can look back on times that, while not exactly the same, are similar enough to be relevant. I can see how I was feeling, what I did, and how things worked out. And I can remember that I made it through that, so I can make it through this.

I tend to write about what seems important and especially about what bothers me. Journals are a great way to write yourself through problems.

But the main thing is to just write, and to write regularly. Here’s Ruth Gibbs again:

Keep a daily diary. Write down your name, your age, where you live, and keep dates. Even little things like “No toilet paper still, I am exhausted and gay” are SUPER HELPFUL. We need your story! No story is too boring or too little for us to need in the future! Hell, keep a diary of how much you cry and/or wank in a day while this is happening, SOMEBODY will find it useful in the future! Journals and diaries and daybooks about the most boring shit has helped us track pandemics, wars, political ideologies, famines, and even helped separated families get together after being separated because ONE PERSON noted that so-and-so passed through on such-and-such a day going this-and-that a place.

Don’t try to guess what will be important. Just write.

I keep my journals in computer text files. They’re backed up in four places so I’m not likely to lose them. Still, if I was to die unexpectedly there’s a good chance no one would recognize my journal files among the thousands of other files, and even if they did it’s unlikely they’d think to preserve them.

I really need to print them out, put them in binders, and label them.

Keeping journals on a computer has advantages, but so does good old fashioned handwriting. Ruth says:

Get a cheap journal, one of the ones you’ve hoarded for a writing project or the remains of an old school notebook, lined or unlined, and keep a daily diary.

Some written documents have survived for thousands of years. Over time, though, ink fades and paper deteriorates. If you want to be absolutely sure your writing is preserved, here are some guidelines from the Council for the Preservation of Anthropological Records.

But if you keep your journals in a cool, dark, dry, place, they’re likely to be legible long after you’re gone from this world.

There are many things to write about, many ways to write them down, and many ways to keep them for the future. And none of that is as important as the fact that you do write. Do what’s simplest, easiest, and most convenient – because if it’s easy you’ll do it.

These are unprecedented times. At some point in the future, historians are going to try to figure out what went on and the impact it had on ordinary people, and on the world at large. Make sure your voice is heard.

I’ll give Ruth the last word:

Write. Your. Life. Down. One sentence a day. And when it’s over, find an archive to donate it to. 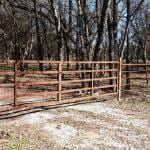 March 29, 2020 Why I Pray For an End to the Coronavirus
Recent Comments
0 | Leave a Comment
"Renewing my real ID in Washington State costs $76 for five years."
Gordon Cooper Voter Suppression Bills: Intent Matters, Impact ..."
"These are barriers which are modest or even trivial to many of us but which ..."
kenofken Voter Suppression Bills: Intent Matters, Impact ..."
"Trump and top politicians and their lawyers know full well there was no significant fraud ..."
kenofken Voter Suppression Bills: Intent Matters, Impact ..."
"I remember finding Chick tracts in bookstores I've worked at, especially among the pagan books. ..."
Trellia To Those Proselytizing Out Of Love: ..."
Browse Our Archives
get the latest from
John Beckett
Sign up for our newsletter
POPULAR AT PATHEOS Pagan
1