The last public ritual I attended was Denton CUUPS’ Anthesteria celebration on January 25. That’s five months and counting, with no end in sight. I haven’t gone this long between major group rituals since 2003.

But the work of ritual goes on, pandemic or no pandemic. We still have Gods to honor and holy days to celebrate. Plus we’re 21st century Pagans – if we can’t be together, we can gather online. I’ve done video rituals for the Spring Equinox, Beltane, and the Summer Solstice.

I’m learning the ins and outs of online rituals, and that’s what I want to discuss in this post. I’m hardly an expert – this is less of a how-to post and more of a post about “here’s what I’ve learned so far.” I hope it will stimulate conversation and sharing of ideas and experiences: what works well, what doesn’t work, and what works in some situations but not in others.

What’s the goal of your ritual?

Some things never change. In-person or online; solitary, small group, or large crowd; the first question for any ritual is “what are you trying to accomplish?” Is your primary goal to honor a particular deity? Connect with your ancestors? Perform a magical working? Celebrate the season?

A ritual can have more than one goal, but it needs to have one primary goal. Otherwise you’ll end up with a disjointed ritual, or a ritual that runs way too long, or both.

Last year’s Denton CUUPS Beltane circle was titled Pantheon. It included a Maypole Dance, a guided meditation, invocations and offerings to the land spirts, ancestors, and Fair Folk. But the main goal was to introduce participants to all our Gods – our pantheon – and give them the opportunity to begin a conversation, and perhaps, a relationship. Everything we did was geared toward facilitating that religious experience.

When a ritual goes online, it becomes harder and harder to do multiple things and do them well. For one thing, people’s attention span is shorter. For an in-person ritual, if you run under 30 minutes people wonder if it was worth coming. For an online ritual, if you run over 30 minutes people start to lose interest. If you’re there in person, you’re there. If you’re online, games, news, or Facebook is only a click away.

Knowing your primary goal is always important. In an online ritual, it’s critical.

The worst rituals I’ve attended have been at large gatherings where a group took something that worked well for 10 people in a back yard and used it as-is for 100 people. One group cleansed everyone who came into the circle, one at a time. It took about 20 minutes. Meanwhile, everyone in line was standing around getting bored.

If you’re doing a ritual for your coven of 13, you can do it on Zoom, give everyone a part, and have it feel and work mostly the same as usual. But just as a ritual for 13 won’t work well for 35 in person, it won’t work well for 35 online either. Plan your rituals for the number of people you expect to have… and be ready to adjust if actual attendance is significantly more or less.

Participative rituals have to be kept simple

We all want our Pagan rituals to not be church. We especially don’t want them to be Puritan church where everyone sits quietly and listens to a sermon. We want our rituals to be lively and participative.

That’s easy to do with a coven-sized group. Everyone pretty much has to take a part. But the bigger the group, the harder it is to be participative. It’s especially difficult online, where there’s no physical connection between the participants. You can’t all hold hands and dance a spiral dance through a computer.

What can people do from where they are? They can respond to calls, light candles, and pour offerings. They can add their energy to a working. And they can participate in guided meditations.

The centerpiece of the online Beltane ritual was a guided meditation to meet Cernunnos. I thought it went well. Many people had good things to say about it afterwards. But Facebook shows the number of people watching a live event. During the meditation the number went steadily down, and not by a small amount.

That won’t stop me from doing a guided meditation again if I think it’s the right thing to do, or if Someone tells me They want one. It does show how hard it is to make online rituals participative.

Ancient temples were not churches. In some cultures, ordinary people were never allowed inside. They were homes for the Gods, who were served by Their priests – who were not pastors. On special days the temples might be opened, or the statues of the Gods taken out so ordinary people could see them.

This is something online rituals can do well: show people things they don’t normally get to see. I’ve been writing about the rituals I help lead for as long as I’ve been blogging. You’ve read some of the words and seen some of the pictures, but most of you haven’t seen the liturgy actually performed before. Now you can.

There are some things that can’t be put on video, or least, shouldn’t. I won’t shoot still photos of an ecstatic ritual, much less video. But for groups that do public rituals, this is an opportunity to show everyone what you do.

But you have to show, not just tell. Don’t just talk to the camera – use the camera to tell a story.

This is one of the reasons I moved from Facebook Live to YouTube. With Facebook Live, I was limited to one rather low-quality camera, fixed in one position. With YouTube, I can use much better cameras, and I can move them around. I used two cameras for Summer Solstice. For Lughnasadh, I’m looking at some other options as well. We’ll see how it goes.

I would hate to see Pagan rituals turned into a bunch of slick camera tricks. On the other hand, good video tells a story, which is the same thing good ritual does. The two can go well together.

I am far from an expert here, but I’m trying to learn all I can as fast as I can.

Test everything before you go live

Technology has become so widespread and so reliable we expect things will just work. Sometimes they work fine the first time. But I’ve spent enough time yelling at new computers and new phones I know there’s always a learning curve involved. I tested everything before the Facebook Live ritual… everything except the upload lag. No great harm, but it wasn’t as good as it could have been.

My first thought was to go live from my phone, since phones have much better cameras than computers. Turns out Facebook Live only supports feeds from phones in portrait mode (I have no idea why – sounds like a needless limitation to me). But I wouldn’t have known that if I hadn’t tested it.

I did the Summer Solstice ritual in one continuous take – what you see is what I did, pretty much in real time. But before I started I did about six test shots on each camera, to make sure the framing and focus were right.

This is really no different than rehearsing a big ritual a week in advance, then doing a walk-through after you set up but before your guests arrive. Nothing gives you the confidence to do something like having done it before.

I think we’re all familiar with zoombombing by now. And the ordinary inappropriate behavior we sometimes see at our rituals – especially in the social time afterwards – is even more prevalent online.

Rev. Lauren Mart has led numerous Zoom rituals for ADF. Here are some of her suggestions.

Have a person assigned to moderation at all times – who knows the tool and how to mute and unmute people, how to boot them, etc. That person doesn’t need to be on video, but you have to be able to give them host permissions.

Also as in any online space, if someone is pushing on people’s boundaries, shut them down politely but firmly once, and if they continue, just kick them from the room. Someone who feels harassed at your online ritual absolutely will not come back, and they will tell people not to go to your rituals.

And if you are recording the ritual to publish later, make sure everyone knows that and can turn off their video if they are uncomfortable with being “in the picture.”

I really really hope to be back doing large in-person group rituals before too much longer. Samhain, maybe? Certainly by next Beltane, right? Right?

We don’t know. As Dr. Fauci said, the virus makes the timeline.

I had several people say how happy they were I was doing online rituals, because they hadn’t been to a ritual in years. I know different people have different circumstances (health, finances, geography) but I would hate for anyone to use online rituals (even mine) as an excuse for not finding a place to connect and people to connect with.

Still, when most of us are once again gathered around our local fires and altars, some people will have nowhere to go. I would love to see online rituals become a regular addition the ways we worship, work magic, and celebrate the high days.

I love big group rituals. I also love small intimate rituals. I would never willingly give up one and focus solely on the other.

Can we live stream some rituals? Do others as artistically made videos? Continue small group workings on Zoom or other platforms?

Why should we limit ourselves?

The more ways we can honor our Gods, work our magic, and connect with like-minded folks, the better off we all are… and the stronger our Paganism will be. 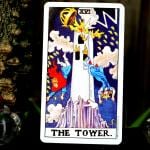 June 30, 2020 Finding Happiness and Joy During the Pandemic
Recent Comments
0 | Leave a Comment
"I agree with much of what everyone in the comments is saying here, and understand ..."
Adam C Why I Still Call Myself Pagan
"Maybe with the right theme music, we could be "The Spirituality With No Name.""
Pitch313 Why I Still Call Myself Pagan
"As problematic as Disney can sometimes be, Frozen 2 had a saying that I just ..."
Zzyzx Tell Me What To Do
"Not that you asked ME, Dan--LOL--but, fwiw, the word "worship" sticks in my craw, and ..."
Laurie The Gods And Nature
Browse Our Archives
Related posts from John Beckett