The Presence of the Gods

The Presence of the Gods July 9, 2020 John Beckett

Over on the Patheos Nonreligious (formerly Atheist) channel, Jonathan Pearce has a post titled Playing Truant: The Relevancy of God. Here’s the key quote:

Part of the case against God is the sheer absence of God. Everywhere we look, these days, God not only seems to be tangibly absent, but there is no need for God.

I’m a Pagan who sees no reason to proselytize – I’m not really interested in debating Mr. Pearce. If he’s happy with his atheism – and he appears to be – then I’m happy for him. His criticisms of Evangelicalism and Catholicism are valid.

Honestly, anybody who can write the line “there is no theodicy that does a good job of explaining the existence of Trump” is somebody I’d like to have a beer with (someday, when we can have beers with people we’ve never met again).

At the same time, his post is a reminder of what happens when you let other people set the terms of the debate, and when you define yourself by what you aren’t rather than by what you are. 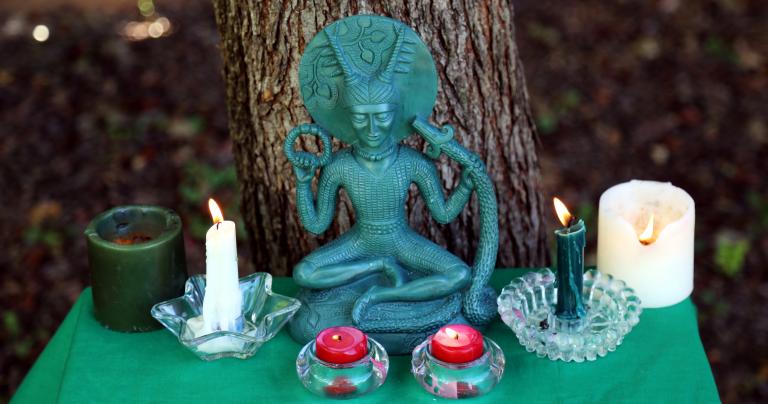 There are more possibilities than the Christian God or no Gods

Early Christians were considered atheists by the Romans, because they denied the existence of the many Gods.

There is no true monotheism: Christianity has its Trinity and saints, Islam has angels and a devil. Apologists argue that the Trinity is really One and that other beings are not Gods. Polytheists counter that the idea of one all-powerful being is nothing any of our ancestors would have recognized as a God (no, the One of Neoplatonism is not a God in either the polytheist or monotheist sense).

Polytheism is humanity’s default setting. Left free of indoctrination, we intuitively recognize the Sun God and the Moon Goddess, the God of a Mountain and the Goddess of the Rain. Even good Christians occasionally invoke “the Gods of Baseball” or some such thing. Monotheism is like a manicured lawn on the edge of a forest – it requires constant maintenance or the forest will reclaim it.

There have always been those for whom the existence of the Gods has seemed either unlikely or simply unimportant. So be it. Only Christianity (and these days, only certain forms of Christianity) places ultimate importance on believing the “right” things. Live a good, honest, compassionate life and leave the world a better place than you found it and we’ll all get along just fine.

Humans aren’t the center of the universe

Theodicy is only a problem for monotheists who propose one God who is both all-good and all-powerful. For those of us who follow Gods who are the mightiest of spirits but not all-powerful, this is not a problem.

But most of the monotheist complaints of “how could God allow this to happen?” carry the implication that the well-being of humans is the greatest good. A simple look at life shows that this is clearly not the case.

Human life has value, but so does snake life and fish life and tree life. Is the lion who eats a human any different from the human who eats a cow? And if all living things have spirits (or if they are spirits) is it any different from a cow who eats a stalk of corn? Is the world “fallen” because it contains wildfires and tornados and coronaviruses? Or are we naïve and self-centered because we refuse to recognize that things like wildfires and tornados and coronaviruses are just as much a part of this world as we are?

I think we lost an important concept when Christianity caused us to abandon the zoomorphic Gods.

We are not the center of the universe, and though many of our Gods have human forms or are themselves deified humans, They are the Gods of all this world, not just us.

Jonathan Pearce says the Christian God is “tangibly absent.” I can’t argue with him. As a polytheist I have no problem acknowledging the existence of Yahweh and Jesus, but I see no reason to accept the proposition that they are one all-powerful being who created the universe and thus is responsible for its operation.

But the Many Gods? That’s a different story.

As a child I was taught there was only one God, so I didn’t have the language to express the experiences of comfort and power I felt deep in the woods. I just knew there was something special there. If the Forest God had stepped out of the shadows I would have assumed He was the Christian devil, because I didn’t know any better.

Later on I encountered Cernunnos in a very different setting, when I was ready to see Him for who and what He is.

The first time I experienced Him in an ecstatic setting, it took near-perfect surroundings and a fair amount of ritual for me to turn off the skepticism long enough to “meet” Him. Afterwards I knew it was real, but doubts remained.

The second time it took a small amount of ritual. That experience was rather… demonstrative. The “after-doubts” were far fewer.

Eventually the experiences started to add up. By the time I led the first Cernunnos Devotional Ritual, the doubts were gone. When you experience the presence of the same spiritual person many times, it’s easier to go with it than to keep asking the same questions over and over again – because the answers don’t change. 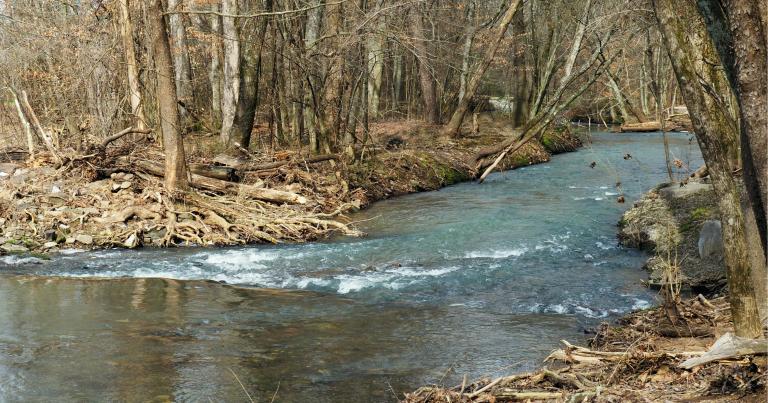 Experiences: subtle and personal, not bombastic

We want our Gods to make Themselves known. We want Them to appear before us in bodily form, brilliant and shining, announcing Their divinity and Their power in ways that would make even Richard Dawkins kneel in awe. Oh, and if They could smite a few of our enemies at the same time, that would be great.

They have other plans.

If convincing the masses of Their reality isn’t important to Them, then I suppose it shouldn’t be very important to us. None of the Many Gods seem interested in amassing millions and millions of followers.

Instead, They’re calling a few people to worship and work with Them doing things that don’t always make sense to us.

Either you’re interested in that or you’re not. And with a very few exceptions, if you’re not interested, They’ve got better things to do than try to persuade you.

But for those of us who follow one or more of the Many Gods, it’s important to remember to not let other people set the ground rules of our religions. Christians and atheists are – for the most part – arguing two sides of the same coin.

Meanwhile, we’re foraging in the forest, and we’re finding all kinds of good stuff to eat.

July 12, 2020 Working Magic For A Dream
Recent Comments
0 | Leave a Comment
Browse Our Archives
get the latest from
John Beckett
Sign up for our newsletter
POPULAR AT PATHEOS Pagan
1