Yearning for the Presence of Our Gods

Yearning for the Presence of Our Gods August 6, 2020 John Beckett

Two weeks ago I posted In the Doldrums… But the Wind is Beginning to Stir. I asked those who work with deities and other spirits if they had noticed an extended period of silence. Not absence, just silence. It was mainly a request for feedback.

Readers obliged. I got lots of comments: here, on Facebook, and in private communications.

I didn’t do detailed statistical analysis, but I’d say about 70% of the responses agreed with my observations. Many of them said something along the lines of “I thought it was just me.” It isn’t – lots of us are experiencing it.

About 20% said their experiences and communications were as active as ever. And about 10% said something that didn’t directly address the question.

It’s good when we share our experiences. Hearing other people’s stories helps us remember that while interpretations may be more accurate or less accurate, our experiences are real and deserve to be taken seriously.

After two weeks of contemplation I have something to say about these spiritual doldrums and what I think they mean. 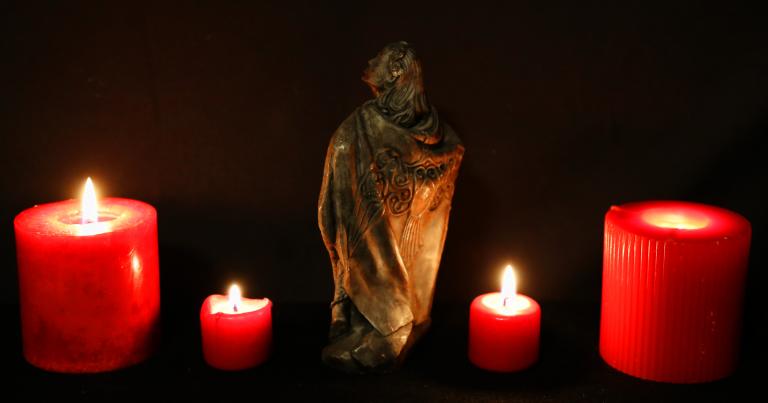 This isn’t anything new. Monotheists have always argued that their God is the only God and therefore we should all relate to him (it’s always a him) in the same ways. This concept requires constant reinforcement: creeds, catechisms, and demands for orthodoxy. Without that reinforcement people start to pay attention to their own experiences, which are neither monolithic or monotheist.

Even for those of us who follow the same deities, what the Morrigan wants from me isn’t necessarily what She wants from you. And why should She? My skills and abilities are different from yours – why would She ask me to do something that you can do much better?

So it makes perfect sense that even though a large majority of us are experiencing a period of quiet, some aren’t.

We are not Their only concern

And just as our parents and siblings and cousins have concerns that do not involve us, so do our Gods. While the Gods are more than Their functions, those functions occupy a fair amount of their attention. They are not just the Gods of humans – They are also the Gods of rabbits and squirrels and stars and mountains and everything else.

Christians argue that their God is intensely concerned with each and every person, at each and every moment. Whether their experiences support that assumption is a matter for Christians to debate. As Pagans and polytheists we understand that while our Gods want what They want, They have no interest in micromanaging our lives.

I have very strong connections to the Gods to whom I am oathed – They never go away. But sometimes They go silent, for reasons that have everything to do with Them and nothing to do with me. And the responses to these questions make it clear I’m far from unique in this matter.

The Gods have concerns that don’t involve us. 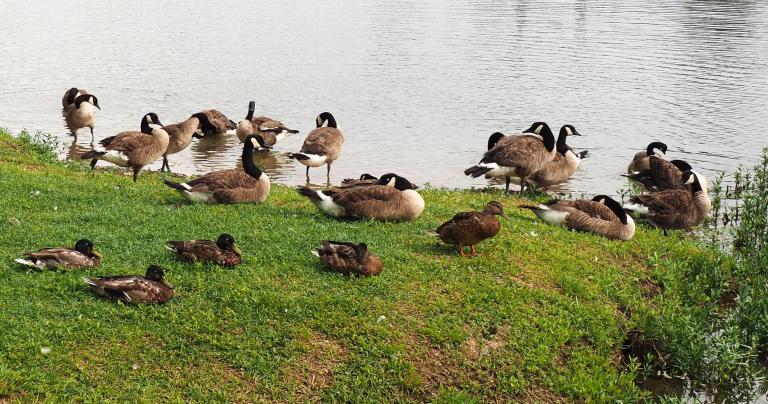 Tower Time has an Otherworldly component

I think I’ve written enough about Tower Time and The Storm that all of you know what I’m talking about, but if you’re new here, this post from last summer explains exactly what I mean… to the extent any of us know what it’s all about.

I have numerous suspicions and speculations about Tower Time. I don’t have enough evidence to make any firm conclusions – I’ve barely got enough to form a working hypothesis. But it’s how I’m trying to make sense of everything going on and to figure out my place in all of it.

Over the past few years we’ve experienced a shredded veil between the worlds and instances of the Otherworld bleeding through into this world. So when any number of Gods and spirits go silent for a large number of people, it’s reasonable to assume They’re busy on the Other side.

Are They resting? Planning? Working? Fighting? They aren’t telling me anything, and I have no way of knowing. No matter how strongly we think our speculations are correct, it’s important to acknowledge – mainly to ourselves – that speculations are speculations and not facts.

But until I see reason to believe otherwise, I’m going to operate on the assumption that this silence is due to Their involvement in the Otherworldly components of this great metaphysical shift we’re experiencing.

We have a yearning for the presence of our Gods

I can’t help looking for the big picture in all this: what’s going on, why is it happening, and what does it mean for us and for the world at large? At the same time, it’s important to consider the more personal implications of this period of silence.

We can speculate all we like, but what we know is this: for many of us, the Gods and spirits who have been loud and demonstrative presences in our lives have gone silent. Communication we found meaningful and helpful has stopped. We were so busy with the pandemic and responses to injustice and our own lives that we didn’t notice it right away.

But eventually we did.

And we miss it.

Some people – including some Pagans – aren’t interested in the Gods. I’m not talking about atheists. I’m talking about people who either treat Them like vending machines or who simply don’t want to deal with Them.

You do you – I’m not here to change your mind. But I can’t understand that approach. I’ve experienced the first-hand presence of several deities and there’s nothing like it. It is simultaneously humbling and empowering. I’m not ready to go full-mystic (not only have I not been asked to do that, I’ve been forbidden from it) but that divine silence leaves a hole in my life.

And I want it filled. 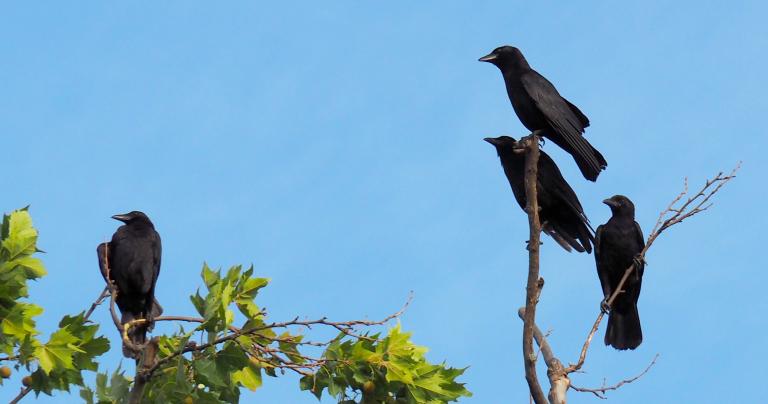 We have not been abandoned

From the first time I noticed this, I’ve described it as “silence, not absence.” Most responses described a similar feeling. Our Gods are not angry and we have not been abandoned.

They’ve just been otherwise occupied. And as usual, They aren’t saying much about what They’re doing.

But as I said in the original Doldrums post, the wind is beginning to stir. Or at least, it’s beginning to stir for me. What I don’t know is whether this period of relative silence is ending, or if I’m just moving from the 70% group to the 20% group. Different Gods, different people, different ways.

As always, we will see how it goes. I’ll write about what I can write about, and I ask you to continue sharing what experiences – or lack thereof – you can share.

August 4, 2020
Don’t Abandon Your Dreams: No Small Goals
Next Post

August 9, 2020 What Makes a Sacred Place Sacred?
Recent Comments
0 | Leave a Comment
"I love this. You are on fire today."
Samantha Sabovitch The Myth of Patriarchy is Unnatural ..."
"Why do we need latin.? Why do we need gods.? Yes ,you can feel the ..."
Ian Gray So You Want To Be A ..."
"thank you!"
John Beckett Embrace the Art of the Possible, ..."
"Spot on, John. I sent this to my Twitter folks. Hope you don't mind a ..."
Ari Kinnehan Embrace the Art of the Possible, ..."
Browse Our Archives
get the latest from
John Beckett
Sign up for our newsletter
Related posts from John Beckett

Pumpkin Spice Latte Spellwork For Caffeinated Witchcraft
It's the little things like having a pumpkin spice latte that are...
view all Pagan blogs
What Are Your Thoughts?leave a comment
Copyright 2008-2020, Patheos. All rights reserved.