Have you had an ominous dream lately? Not a bad dream or a strange dream, but a dream where you woke up thinking “there’s something more to this.”

Seen unusual signs in Nature? I like to remind everyone that most times a crow is just a crow doing crow things, but sometimes a crow really is the Morrigan. Or Odin. Or Someone else trying to get your attention.

From what I’m reading on social media, a lot of you are seeing, hearing, or feeling things that have gotten your attention. I’ve seen several reports from people who are experienced in these things and who don’t jump to unwarranted conclusions. And I’ve seen many more reports from people with less experience, who still get the point that yes, sometimes dreams are more than your brain’s routine sorting and filing.

Add me to that list. My dreams lately have been unusual. None of them rise to the clear and unambiguous prophetic level I get once a year or so. But I can’t explain them away… at least not all of them.

So I did what I advise everyone to do when you’re hearing an unclear message – divination. I broke out my oldest Tarot deck (oldest to me, that is), the Robin Wood Tarot.

I drew one 10-card reading and one 3-card reading. The arrangements you see here were done afterwards, to make for a more clear and straightforward presentation. But my reading of the cards hasn’t changed since I first laid them out. 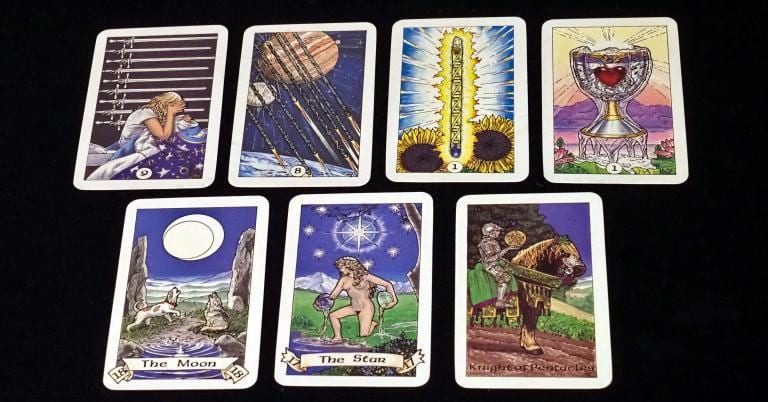 The Nine of Swords: thank you for your keen sense of the obvious

This card came up very early in the reading. This is the night terrors card, the card of crippling anxiety. While I’m convinced that some of what I’m hearing – and some of what I’m dreaming – is Otherworldly in nature, let’s not overlook the obvious mundane situation. This is a time of high anxiety.

We’re now less than a week away from a critical election in the United States. We’ve managed to survive four years of Trump – we don’t want to have to survive another four. Even after the election is over, we have no idea when we’ll know the winner. And even if Biden is the clear winner, a lame duck Trump can do a lot of damage in the next two and a half months.

Oh, yeah – we’re also in the middle of a worldwide pandemic that has killed almost 1.2 million people and shows signs of getting worse, not better.

Plus all the usual stresses of trying to live in late stage capitalism and Tower Time.

A lot of what people are hearing and seeing – and especially what they’re dreaming – is ordinary stress and anxiety ratcheted up to extraordinary levels. We need to recognize this and do the kind of ordinary and spiritual things that help us cope with life’s difficulties.

But that’s not all there is in the omens and signs. 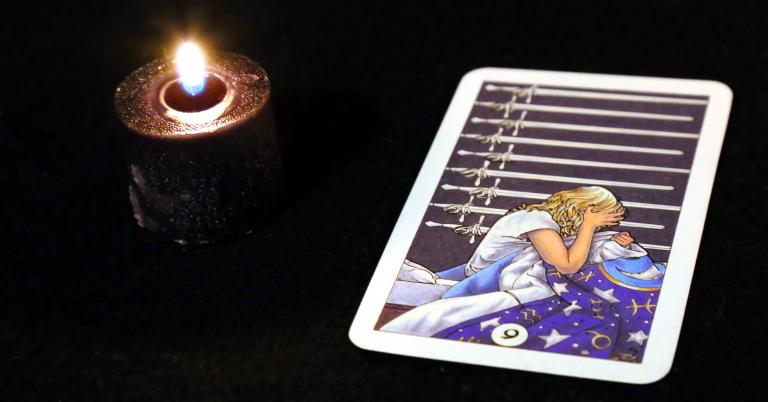 The Eight of Wands: rapid change is coming

I’m very reluctant to read a specific meaning into this card.

It’s tempting to interpret it as predicting a Biden win. But it could also be interpreted as a contested election leading to a complete governmental collapse (something I think is highly unlikely, though not impossible). It could be interpreted as the pandemic suddenly fading away, but also as it becoming more widespread and more lethal.

In the context of our current omens and signs, I don’t see a specific literal meaning to this card. I didn’t when I pulled it and I still don’t as I write this post.

Which is something some of us have been hearing for quite a while. Let’s hope more of us pay attention this time. 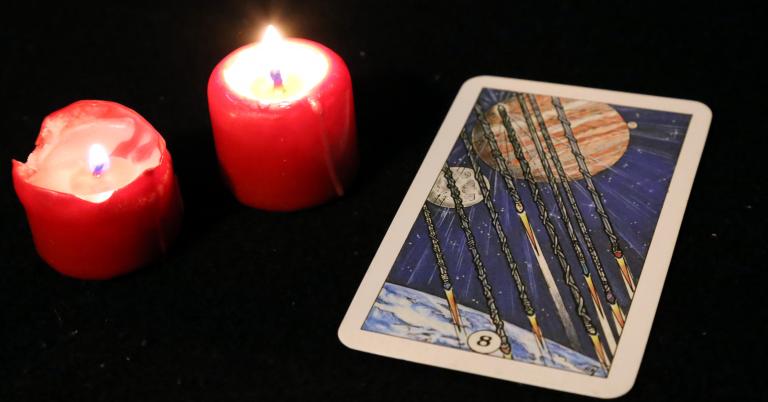 The Eight of Wands directly preceded the next two cards, and I think that’s very important.

The Ace of Wands and the Ace of Cups: creative force

The aces are cards of creation and new beginnings. They represent the elemental forces of everything in their suits. They were two places apart in the original reading, so I’m inclined to read them together.

If rapid change is coming, we’re going to need something to guide and power our response.

What are you feeling right now – besides the anxiety? What spark is flickering deep inside you, waiting to be fed so it can burst forth into a flame that enlightens everything around you? 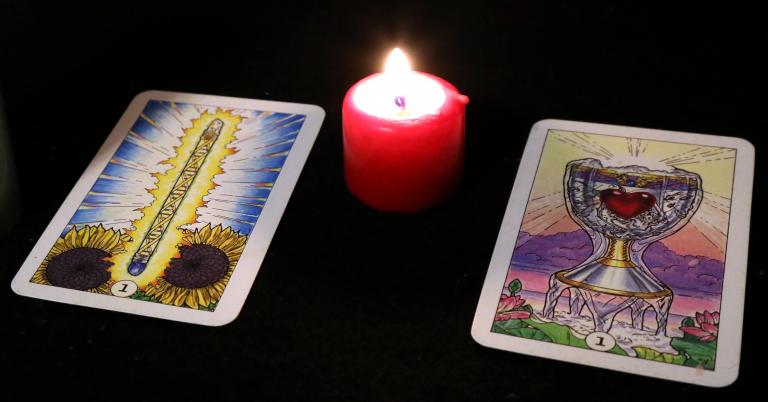 The Star and The Moon: remember who you are

One of my daily prayers is that I will do what must be done. And for most of this year, I have.

So have the vast majority of you. You’re dealing with Covid, and you’re doing everything you can do to make this country and this world a better place. Sometimes that means spreading love and light. Sometimes it means something decidedly not.

Friedrich Nietzsche famously said “if you gaze long enough into the abyss, the abyss will gaze back into you.” I’ve spent more time gazing into the abyss this year than I like.

And also, while I have always dealt with both religion and with politics on the blog and in my life, this year has seen a strong push toward the political. It was necessary – I’ve done what must be done.

But at my core I’m not a political activist, I’m a Druid and a priest. No matter how the election goes, no matter how the pandemic goes, I have to get back to the deep spiritual work I’ve largely set aside the past several months. I have to remember who I am.

Have you gotten so caught up in current events you’ve forgotten what’s most important to you? Have you ignored your deepest calling?

There is no shame in doing what must be done. Quite the contrary, it’s both honorable and necessary.

But at some point, the greater necessity is to remember who you are, and what’s most important to you. 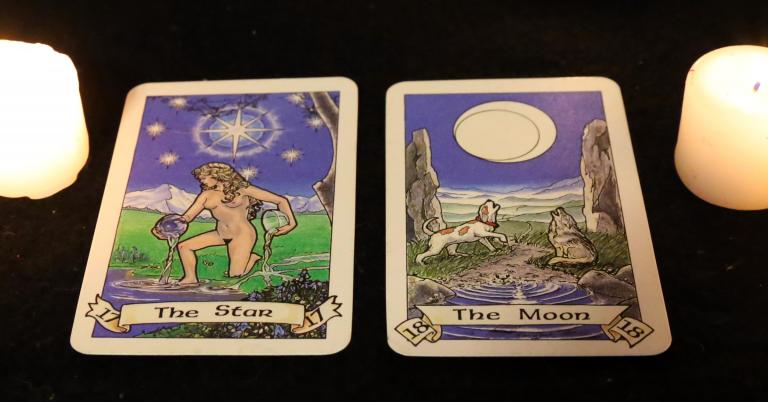 The Knight of Pentacles: it’s time to go to work

As with the Waite-Smith deck, the Robin Wood Tarot depicts the Knight of Pentacles mounted on a draft horse in the middle of a plowed field. This is not a card of flashy combat, but of hard work. Some of it has already been done, but plowing the ground is only the first step.

Whatever happens in the next week and in the coming weeks, there is much work to be done.

I have two general outlines for what I need to do, depending on how the election goes. They are very different plans, but they both involve returning to my higher callings. And they are both long-term endeavors that depend more on perseverance than on anything quick and flashy.

This was the last card I drew. The context of the reading doesn’t allow me to label this as “the final outcome” but it is where this particular “look down the road” stops.

It stops with us working toward a better future. 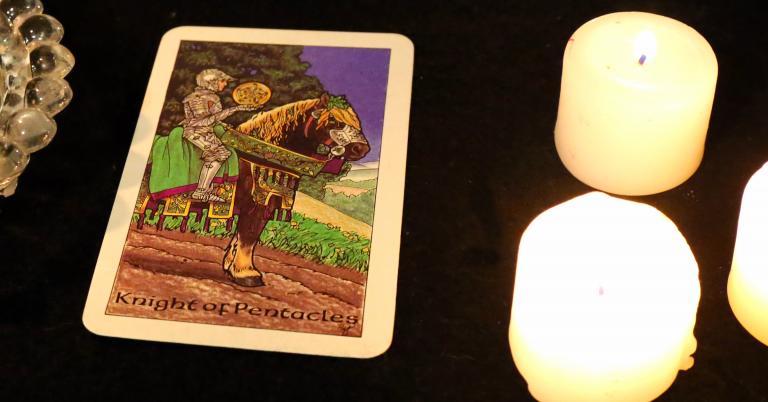 October 27, 2020
What to Expect on Election Night, and Beyond
Next Post 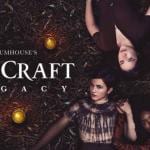