The Craft: Legacy – A Movie Review

When The Craft came out in 1996 I was three years into my exploration of witchcraft and Paganism. So of course I had to see it. I enjoyed it, even though I was older and more male than its target audience. It was good to see modern Neopagan witchcraft portrayed on the big screen in a positive light. We saw some of the things we do presented about as respectfully as Hollywood ever will.

And as for the things we can’t do, because magic doesn’t work that way? They were still entertaining, and at times, inspiring.

I didn’t enjoy the ending very much. At the time I said that while Nancy had consequences coming, she didn’t deserve what happened to her. After a lot more years of practice – including seeing some people whose lives were impacted as strongly if not as dramatically as Nancy’s – my opinion shifted. When you don’t respect spiritual forces, bad things can happen.

We still debate what impact The Craft had on the explosion of witchcraft and Paganism in the 1990s and 2000s. In a 2015 post Jason Mankey said The Craft Didn’t Change Everything and I think he’s probably right. Barnes & Noble deserves more credit than any movie… and of course, all the authors writing all the books for sale at Barnes & Noble. Plus witchcraft and magic are part of our heritage as humans – they’re never far from the surface.

Regardless of its impact on the wider culture, The Craft was very important for some of us. Last year Mat Auryn wrote “I legit became a witch by watching The Craft as a kid. It sparked something deep in me and I liken seeing the movie to a spiritual experience and I always cite it as the start of my path.”

For years there’s been talk of either a sequel or a remake. Somehow The Craft: Legacy flew under the radar until the trailer was released in late September. Because theaters are mostly closed due to the pandemic, it was released to video-on-demand on October 28. I watched it, and these are my thoughts. 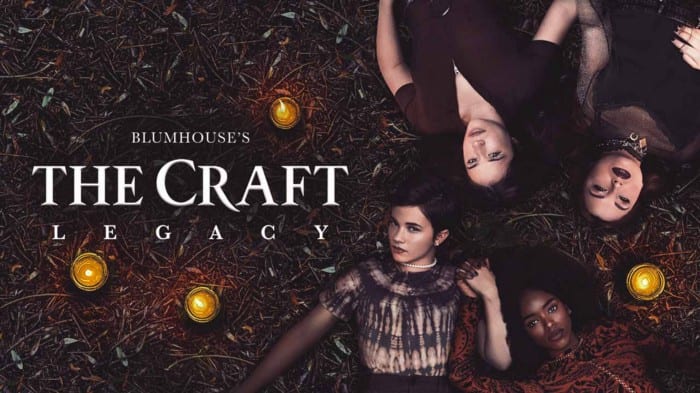 A sequel or a remake? Both

The trailer made it clear this is a sequel to the 1996 movie when they showed a picture of Nancy, with a voiceover that said “if a person is a danger to herself or others, they will be bound.” Interestingly, that picture wasn’t in the final cut of the movie.

But Legacy starts out in very familiar territory. A would-be coven of three looks for their fourth. Enter the new girl in the school, Lily (Cailee Spaeny), whose mother (Michelle Monaghan) moves them in with her famous author boyfriend (David Duchovny) and his three sons. The four girls meet up, cast a circle outdoors, and do magic – some of which many of us do, and some of which we wish we could do.

As in the original, they explore their powers, play “light as a feather stiff as a board”, and cast a spell on a troublesome boy – a spell that as in the original has tragic consequences… though in a very different way.

One of the first things I noticed in the trailer is that the four witches look much younger than those in the original movie. Now, I’m getting to the point where I have trouble judging ages of younger people, so I looked them up.

Other than Rachel True (who was 29) and Zoey Luna (who is 19), they’re all early 20s actors playing high school kids. Jason Mankey suggested that the new witches dress and act more age appropriately, and I think that’s what I’m seeing.

Frankie (Gideon Adlon) appears to be the leader of the coven, but she doesn’t dominate the others the way Nancy did. And while there’s some tension between the “first three” and the “new girl” this movie has nothing resembling the Nancy-Sarah tension… mainly because none of these witches are very much like Nancy.

“We are the weirdos, mister”

This is one of best lines from the original movie. For a while I had my work computer set to play that audio clip whenever I shut it down. There’s a similar scene in the Legacy trailer, but the movie uses the line in a very different place… and it feels kinda forced.

OK, they’re not tall, thin, blonde, and mean, but other than that they’re quite ordinary – including Lourdes (Zoey Luna), who’s trans. From a standpoint of normalizing diversity, that’s a good thing.

But these witches aren’t weirdos, despite their powers. 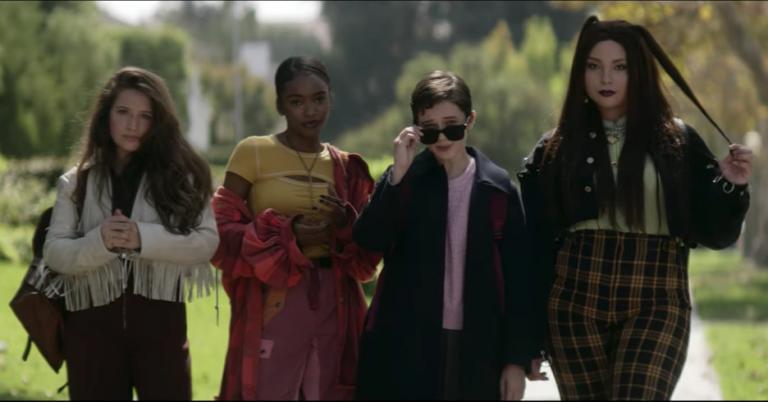 Or maybe they are and they just don’t dress weird. Other than Lily, we really don’t get to know them well. The movie seemed awfully short, but at 1:37 it was only 4 minutes shorter than the original.

And maybe it’s that witchcraft has become so much more mainstream in the past 24 years, but Legacy lacks the original’s sense of the forbidden. Not just stealing books from a witch shop that has a mysterious curtained-off back room, but the recognition that they’re playing with primal forces. These witches have powers, they experiment with them, and they have a good time doing it. I’m happy to see witchcraft being normalized – even if it’s fictional witchcraft none of us can do – but I miss the edginess of the original.

Nancy was the villain of The Craft, right? This 2017 piece from Vice argues – rather persuasively – that the real villain was Sarah. Either way, one of the things that bothered me in 1996 and bothers me a lot more today is how the movie set its two most powerful women characters against each other.

The villain of Legacy is symbolic of some very real, this-world evil. I’ve seen people complaining the plot was lifted from the reboot of Charmed, which I haven’t seen. It reminded me of a couple of episodes of Buffy the Vampire Slayer, which I won’t name because they’d be very close to spoilers.

But unlike the original, Legacy has very clear good characters and bad characters – and the witches are the good ones.

The ending of The Craft was scary, in part because of the magical battle going on between Nancy and Sarah. But also because you didn’t know how it was going to turn out.

Scary or not, I walked out of the theater rather unhappy.

You know how the climactic scene of Legacy is going to play out. The only question is how they’re going to get there (I had two guesses – one of them was right). It doesn’t have the original’s scariness and uncertainty, and the critical lines are a little cheesy.

And it still feels good when it happens.

The final epilogue scene is just as satisfying, even though they foreshadowed it in about 87 different ways. And it leaves the door open for a third Craft movie that could be very, very interesting…

Will The Craft: Legacy have the impact of The Craft?

Will we still be talking about Lily, Frankie, Tabby, and Lourdes in 2044 like we talk about Nancy, Sarah, Rochelle, and Bonnie today? Will Cailee Spaeny, Gideon Adlon, Lovie Simone, and Zoey Luna be scheduling photo ops at conventions with middle aged folks who are thrilled to meet the actors who inspired them to take up the wand?

I do know it’s a good movie with a good theme. It doesn’t have the edginess and gothiness of the original, but it has a much more satisfying ending.

And on a cool evening in late October (or now, early November) that’s enough.

The Craft: Legacy
Written and Directed by Zoe Lister-Jones
Produced by Blumhouse and Red Wagon Entertainment
Available On Demand
$19.99 to rent
$24.99 to buy

More reviews of The Craft: Legacy

Thorn Mooney: My Initial Reactions to The Craft: Legacy

October 29, 2020
Reading the Current Omens and Signs (and there’s a lot of them)
Next Post 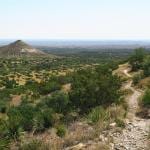 November 2, 2020 The Journey Leads Forward, Not Backward
Recent Comments
0 | Leave a Comment
Browse Our Archives
get the latest from
John Beckett
Sign up for our newsletter
POPULAR AT PATHEOS Pagan
1

Please Internet Giants, Stop Painstakingly Curating My Life!
I’m tired of Facebook and Google curating my day for me. Internet...