I Watched The Craft, I’m A Witch Now.

Something I hear regularly are witches mocking the 90’s cult classic The Craft, or more specifically mocking those who watched the Craft and started practicing witchcraft because of it. They often say things along the lines of, “I watched the Craft, I’m a witch now.” The funny thing about this is that I legit became a witch by watching The Craft as a kid. It sparked something deep in me and I liken seeing the movie to a spiritual experience and I always cite it as the start of my path and it’s something that I’ve discussed in a few interviews such as when I was on Down At The Crossroads. I know that might seem funny or absurd, but here’s my story.

From about the ages of six to twelve years old I was living with my grandparents who raised us to be extremely Christian, going to church about four times a week. Everything including what we had access to on television was extremely monitored and controlled. One night when I was around seven or eight years old, I snuck out of bed when everyone was asleep and went to the living room where I saw the movie The Craft. While the movie is obviously fictional and not a realistic portrayal of witchcraft, it also isn’t that far off in a lot of the elements in witchcraft in comparison to other movies on the subject, especially for its time. The director of the movie, Andrew Fleming, hired Pat Devin, a Wiccan high priestess of Covenant of the Goddess, to consult on the film and to create spells and rituals that were realistic while still being fictional.

After seeing the movie, I like many others, had something awaken within me. I obsessively began searching my elementary school library for anything witchcraft, paranormal, or occult related. As you can imagine this search didn’t turn up many results. It was mostly it was child/young adult fantasy books about witches such as Roald Dahl’s The Witches – most of those books usually didn’t portray witchcraft in a good light, but trust me, I completely devoured those as well. I also got other kids involved and interested in the search, which worried my school librarian so much that she actually removed most books on the subject as to not get any sort of angry feedback from parents after she noticed the pattern

However, before she did this, I struck gold. I found an old Time Life book on the subject of witchcraft, which mostly covered witches of history, fiction, mythology, and lore. But near the end there was small section in the book on “Modern Day Witchcraft” with a picture of Alex & Maxine Sanders and learned the word “Wicca” and was armed with a word to research. I can’t explain how powerful this image above was for me as a child. It definitely sparked (or perhaps reawakened) something in me. Talking to Maxine Sanders earlier this year at a dinner party and recounting the story to her, she had no idea what Time Life was. Perhaps it’s a US thing, not sure.

I thought this was a cute shot of Maxine and I talking.

Armed with the word “Wicca”, I was able to search for that term on Netscape Navigator in our school’s new computer lab (this was about the time they were introducing computers and the internet into schools) to explore some Angelfire websites. This led me to eventually, after several attempts, secretly purchasing books by Silver Ravenwolf and Scott Cunningham. These books, especially Ravenwolf’s, were so huge for me and were my gateway which led to countless other books and exploring other traditions of magick, occultism, spirituality, and metaphysics.

Ravenwolf was extremely influential on me as her writing style is amazing. Thorn Mooney once referred to Ravenwolf’s writing style as if Aunt Hilda from the Chilling Adventures of Sabrina was writing witchcraft books, and I think that’s completely spot on in regards to her writer’s voice. Ravenwolf’s writing feels like a magickal aunt who cares deeply about you and wants to inspire you to be magickal yourself. The biggest impact Ravenwolf had on me was the idea that we can manifest our dreams with willpower and magick– I didn’t have to be a victim of fate, I could take fate into my own hands. Around this time I had my own little altar I would construct and deconstruct each night. I would obsessively copy down the information from their books into my own makeshift spiral notebook “Book of Shadows”, dreaming that someday I too would have a book with that crescent moon Llewellyn logo on it.

I eventually got bored with Wicca and Witchcraft and went through a rebellious Anton LaVey phase during High School. After High School I became immersed in Yoga, which lead to exploration of the New Age, which led to Reiki, The Munay Ki rites, then to “Core” Shamanistic training and then back full circle to Witchcraft several years ago with the amazing books by Christopher Penczak that not only brought back the depth I thought was missing from Wicca, but also brought clarity to some of the things I had experienced while studying other traditions of spirituality.

My first book on witchcraft, Psychic Witch, with one of those Llewellyn Crescent logos on the spine will be released in February 2020. My dream I had as a kid reading Silver Ravenwolf has manifested. It’s only because four amazing actresses (Fairuza Balk, Rachel True, Neve Campbell, and Robin Tunney) starred in a fictional movie that stirred something within me and began a lifelong thirst of wanting to learn and experience more as a child.  We all start somewhere. I’m not ashamed of my roots a single bit and yes– I still absolutely adore both the Craft and Silver Ravenwolf. 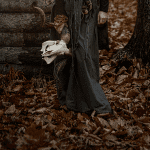 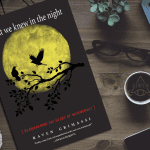 July 15, 2019 Review: What We Knew In The Night
Recent Comments
0 | Leave a Comment
"This makes me love jack-o-lanterns even more."
Anonymous Jack-O’-Lanterns and the Devil
Browse Our Archives
Related posts from For Puck's Sake