Thinking About the Veil Between the Worlds

It’s the season of Samhain, and if you’ve been a Pagan for more than 15 minutes you know this is the time when the Veil Between the Worlds grows thin, and we can more easily experience the presence of our ancestors and other beloved dead. It’s also the time when certain other persons can more easily make their way from the Otherworld into our world. That’s the source of some of the Halloween legends in our mainstream society.

I’ve seen a couple people sharing pieces about how the Veil Between the Worlds is a modern concept. Here’s a brief piece from Mat Auryn on the origin of the term. And here’s a rather long Twitter thread from someone I don’t know who says there’s “not a single example of pre-Victorian use.”

These comments are correct. The term came into modern Paganism through Spiritualism. My best guess is that the Spiritualists got it from the Christian story of the veil in the Jewish temple being “rent in twain” after the death of Jesus. 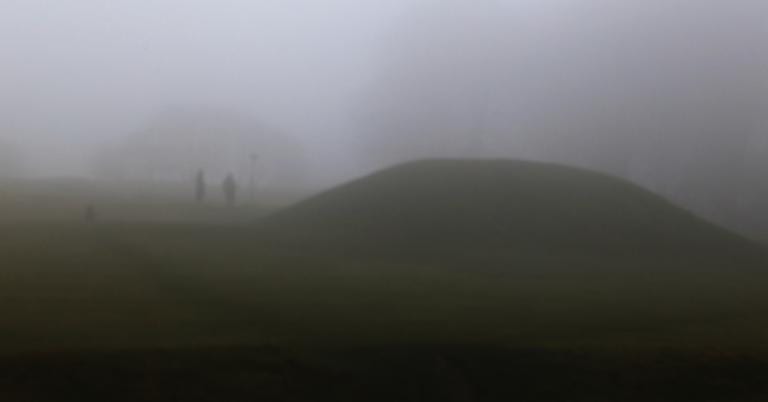 Where are the dead?

If our dead are not truly gone, where are they?

Ultimately we don’t know. If you find such speculation unhelpful, that’s fine. Orthodoxy – or really, any “-doxy” (belief) – isn’t required to be a good person, or a good Pagan. But I can’t help thinking about it.

A few people I respect argue that there is no Otherworld. The dead have simply been transformed such that we can’t easily see or hear them. But they’re still here with us. There is a certain logic to that.

But many of the stories of our ancestors say they’ve gone… somewhere. Some say that’s an underworld, deep in the ground. Others say they’ve gone into the sky. The idea of the dead going “into the West” didn’t originate with Tolkien, but with people who watched the sun set, knowing it would rise again in the East the next morning.

Celtic stories often talk about people who wander into other worlds. Is this the land of the dead? Is it the land of the Gods? The land of Fairy? Different stories point in different directions, but they all indicate that the people in them go somewhere.

My own experience with journeying is similar. Sometimes I go down, sometimes I go up, and sometimes I just go. I can tell you how I get there, but I can’t guarantee you’ll be able to follow my directions.

The bottom line is that I’m convinced the dead – and the Gods, and the Fair Folk – reside in a place (or perhaps, many places) that is not this place. For convenience, I – along with many others – call that place the Otherworld.

The Veil is a metaphor

First and foremost, the Veil Between the Worlds is a metaphor for the boundary between this world and the Otherworld. It helps us understand why most times we cannot see or hear or feel our beloved dead, but other times we can almost touch them.

Celtic tales often describe this boundary as a mist. Some witches call it a hedge. Others talk about a door or a gate. At the end of the day, these are all metaphors intended to help us begin to comprehend something that we don’t know enough about to discuss in literal terms.

We sometimes hear the phrase “apt metaphor.” According to the dictionary, “apt” means “appropriate or suitable in the circumstances.” Metaphors are neither right nor wrong. They’re more apt – more appropriate – when they help us understand indirectly what we cannot understand directly. They’re less apt when they don’t. In particular, metaphors help us orient ourselves in the world in relation to other persons, places, and events. 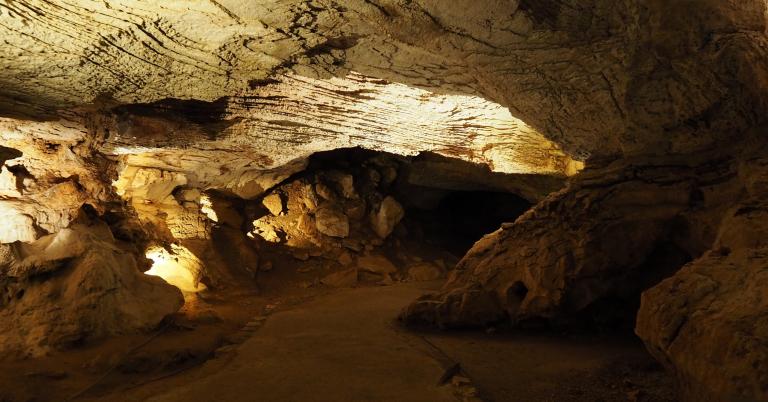 An apt metaphor or not?

And that raises the question of whether the Veil Between the Worlds is more helpful or less helpful in understanding the boundary between this world and the Otherworld. Most times when I use the Veil in my writing, I do so because I’m confident people will know what I mean.

From a passive standpoint, I think the Veil is a good metaphor. We know the dead are normally not with us. We also know that when they are with us, we can hear them but not see them. Or if we can see them, it’s a faint and obscured view. We feel their presence but we can’t touch them. All of these experiences imply that something is between us and them, but not something particularly solid.

This lines up well with the lore that says the Veil is thinnest at Samhain (and also at Beltane, 6 months and 180 degrees opposite Samhain on the Wheel of the Year). What we can’t hear at all in July we can clearly hear in October.

From an active standpoint, I find it less helpful. When I’m journeying into the Otherworld I’m either going down into the Earth or up towards the Sky. I’m sailing into the West. Or I’m making my way through dense mists until I come out on the other side. Or sometimes, I’m just there – the more you do this the easier it gets… though it’s never exactly easy. In all my journeys and ecstatic experiences I have never encountered a Veil or anything like a veil.

What keeps us from moving between the worlds?

My quick answer to “what is the Otherworld?” is that it’s the land of the Gods and ancestors. And I think that’s a good answer. But while our ancestors often have trouble moving from the Otherworld to this world, the Gods do not.

I do not believe our Gods are omnipotent, omniscient, or omni-anything. Still, They are the mightiest of spirits, and They can be pretty much where ever They want to be, when They want to be there.

Whatever it is that stops dead humans from moving easily between the worlds doesn’t stop the Gods.

Do the Fair Folk reside in the Otherworld? Our stories tell us they live in fairy mounds and other such places that are in this world… or at least, that open out into this world. Perhaps a fairy mound is a passageway from this world into the Otherworld. Or perhaps the land of Fairy is its own place entirely, separate from the world of the Gods and the world of our ancestors.

I usually think of one Otherworld with many realms, but there could just as easily be many Otherworlds.

Is it the Veil that stops us from going into the Otherworld whenever we like for as long as we like? Or are we simply incapable of going there very far or very long while we are still alive? 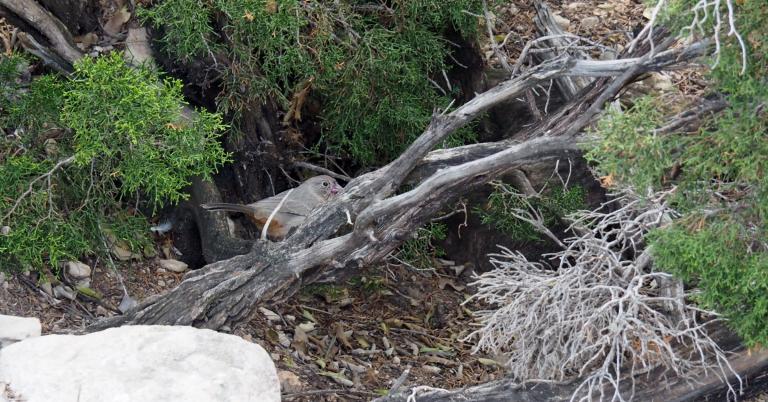 Is it the barrier or the place itself?

I cannot walk into the vault at the local bank. There is a barrier between me and it – a thick, heavy door with both old-tech and high-tech security measures I cannot defeat. But if I had the proper codes and the proper knowledge, I could.

I cannot climb Mount Everest for different reasons. Issues of permits and expenses aside, I’m not physically capable of doing it. And considering I once got altitude sickness at 12,300 feet (and I was in good shape at the time) I’m pretty sure I’d be dead long before I got to 29,029 feet. Also, 97% of the people who’ve reached the top of Mount Everest used bottled oxygen. Humans aren’t meant to be there.

My best guess is that it’s mainly the barrier. But experience tells us that people who spend a lot of time in the Otherworld often have trouble functioning in this world… or they take up permanent residence there.

Or, in the words of Captain Barbossa, “it’s not getting to the land of the dead that’s the problem – it’s getting back.”

I can’t discuss the Veil Between the Worlds without mentioning another phenomenon that many of us have experienced in recent years – the Veil is shredded.

The kind of spiritual experiences we expect to have at Samhain and Beltane now happen year-round. People who move between the worlds say the boundaries they usually encounter are minimal, or simply aren’t there. More people are experiencing the Fair Folk more frequently. And Otherworldly encounters are increasing – almost everyone has a story, if they feel safe telling it.

This is something else we can speculate about but ultimately don’t know. Still, I’m convinced the Otherworld is growing closer to the ordinary world, and that’s one of the causes of Tower Time.

What do you do when the front door of your house has been ripped off its hinges? At the least, you get a lot more visitors in your house… 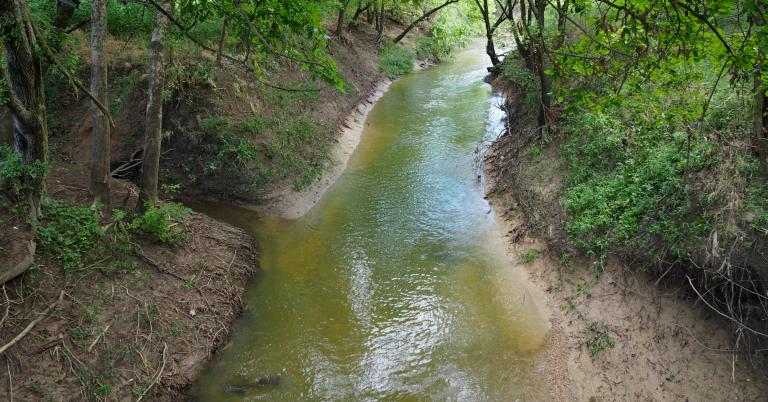 Pick your model and work with it

While I agree we need to be aware of the real history of terms like the Veil Between the Worlds, what’s most important is developing a useful model of reality as we experience it. For me, there is a boundary between the ordinary world and the Otherworld, but it’s more like mists than a curtain. I don’t know how accurately this model reflect the reality of the Otherworld, and I don’t know we could know with any certainty.

What I know is that there is this world, there is the world of the Gods and dead, and moving between them isn’t easy.

But it is possible.

October 27, 2020 What to Expect on Election Night, and Beyond
Recent Comments
0 | Leave a Comment
Browse Our Archives
Related posts from John Beckett