Reality is Bigger than Donald Trump and What that Means for Working Magic November 10, 2020 John Beckett

To say that Donald Trump has a low regard for the truth would be a gross understatement.

His news conference last Thursday night was so filled with lies and baseless allegations that most of the networks (but not Fox, or interestingly, CNN) stopped airing it after a few minutes. It was intended to undermine the public’s confidence in the election and to insure that his supporters keep supporting him. Because everything he does is about promoting himself. It will be good to not have to listen to him anymore.

But this post isn’t a rant against Donald Trump. Instead, I want to use Trump’s false statements to illustrate a key point about magic: no matter how powerful you are, when you deny reality you’re fighting an uphill battle that you’re likely to lose. 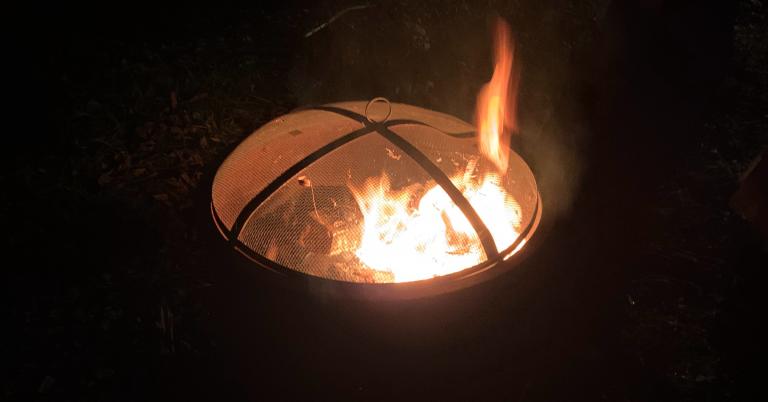 Not all false statements are lies. A lie is when you say something you know is false with the intent to deceive. When Bill Clinton said “I did not have sexual relations with that woman” he was lying.

Trump lies. Bob Woodard’s interview shows Trump knew how contagious and deadly Covid-19 is, but he still downplayed the risk – resulting in thousands of needless deaths. But much of what he says that’s not true isn’t exactly a lie.1

“We’re rounding the corner on Covid.” “We’re going to have a vaccine by the election.” “Mexico will pay for the wall.” “I’m losing because of illegal votes.” “I won this election, by a lot!”

These statements are false. But he didn’t say them with the intent to deceive so much as he said them because he wanted them to be true. He thought that by saying them and sticking to them – by really really believing them – he could make them true.

Some of this is because he’s lived his entire 74 years as a rich, privileged brat. If he didn’t like reality, he could use his daddy’s money or his own money or money he borrowed to change it. Money is power.

But there’s more to it than that. And that more is what’s relevant to those of us who practice magic.

The legacy of Norman Vincent Peale

Evangelical Christians are Trump’s largest supporters, even though he’s about as unchristian as you can get. I wrote about why that is in August. What religion Trump has comes from a rather unorthodox source.

Norman Vincent Peale was one of the most influential Protestant ministers of the mid-20th century. He was pastor of the Marble Collegiate Church in New York, part of the Reformed Church in America, which is part of the Calvinist tradition (yep, Calvinism is partially to blame for Donald Trump, as if I needed any more reason to dislike it). He’s best known for his 1952 book The Power of Positive Thinking, which has sold over 5 million copies. My parents had a copy when I was growing up, but I don’t think I ever read it.

Though Peale was Christian, his philosophy comes straight out of New Thought, a movement that includes Mary Baker Eddy and her Christian Science church. Its current “children” include the pseudo-Christian Prosperity Gospel, The Secret and its “law of attraction,” and a lot of contemporary Paganism and witchcraft.

Here’s a Tweet from Joel Osteen that illustrates its application in Christianity:

It may be impossible to you, but it’s not to our God. Start expecting His favor. Start believing that new levels are coming. Start talking like it’s going to happen.

This 2015 article from Politico How Norman Vincent Peale Taught Donald Trump to Worship Himself explains why Trump makes so many baseless claims and allegations. Here’s a key quote:

Peale’s outlook … fit perfectly into the Trump family culture of never hesitating to bend the rules, doing whatever it took to win, and never, ever giving up.

The Power of Positive Thinking has helped millions of people. But when it’s taken to ridiculous levels – as with Trump – it becomes harmful.

I have a three-fold understanding of magic. Magic works by the intercession of Gods and spirits, by the manipulation of unseen forces, and by psychological programming. Skeptics can argue that there are no Gods, spirits, or unseen forces (obviously I don’t think the skeptics are right, but that’s not the point of this post) but psychological programming is undeniably real.

The key word here is “influences.” Because while our words influence our lives and the wider world, they do not control them. 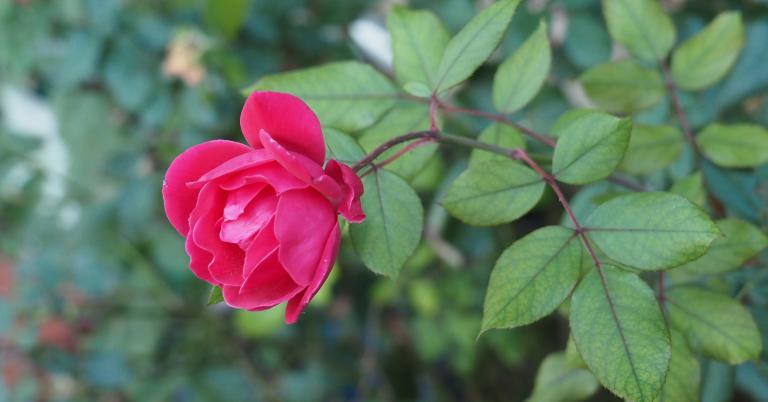 In the fictional world of Harry Potter, say wingardium leviosa, swish and flick, and the feather rises off the table. Cause and effect.

Real magic is much less direct – and much less binary. Even the best magic doesn’t make things happen. It increases the odds that they will happen.

If you need something to happen and there’s a 2% chance it will happen, good magic may move the odds to 20%. That’s a 10x improvement – but it’s still lousy odds.

You do not create your own reality

I could subtitle this section “or, why witches can’t stop hurricanes.”

Hurricanes are arguably the most powerful force on Earth. NASA says “a hurricane can expend as much energy as 10,000 nuclear bombs.” I know some powerful witches, but their power is a blip compared to the power of a hurricane.

Donald Trump’s magic is tiny compared to the power of a virus. His Presidential power is (soon to be “was”) great, but it’s insufficient to alter the results of the election.

Sci-Fi author Philip K. Dick said “reality is that which, when you stop believing in it, doesn’t go away.” Just like the coronavirus hasn’t gone away just because Trump said it would. 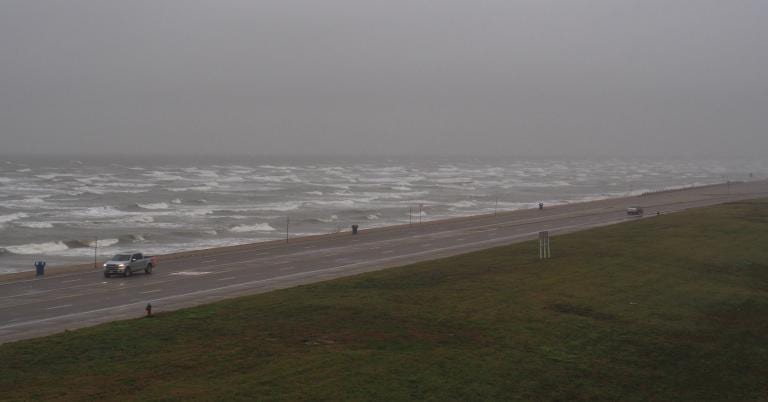 First, get a solid grasp of the facts

The purpose of this post isn’t to bash Trump (well, that’s not the only purpose) but to help us learn from his errors.

If you want to work effective magic, start by getting a solid grasp of the facts.

What is the situation? How did things get to be this way? What’s been tried before? What worked? What didn’t work? What’s changed that might make some of that work – or not work – differently now?

Skeptics like to make fun of “magical thinking.” But the most effective magicians I know are also some of the most coldly logical people around. Whether you’re using magic or mundane effort or both, you can’t fix a problem unless you understand the problem.

Deal with the world as it is. Not as you wish it was and not as you fear it might be, but as it actually is.

A common magical principle says to work magic for the ends, not the means. There are likely many ways you can achieve your goal, and your odds are better if you’re open to all of them rather than if you insist it come in one and only one way.

But another principle reminds us to define our magical targets as precisely as possible. Vague targets yield vague results. Make your targets clear, positive, present-tense, and literal.

When you hone in on exactly what you want, you start to see that some ways are open and other ways are closed.

And if you see no way to get to where you want to be? Miracles do happen on rare occasion. But you’ll be better off adjusting your target. Or better yet, taking the first step toward your target, and then adjusting your approach when you can see the target a little more clearly. 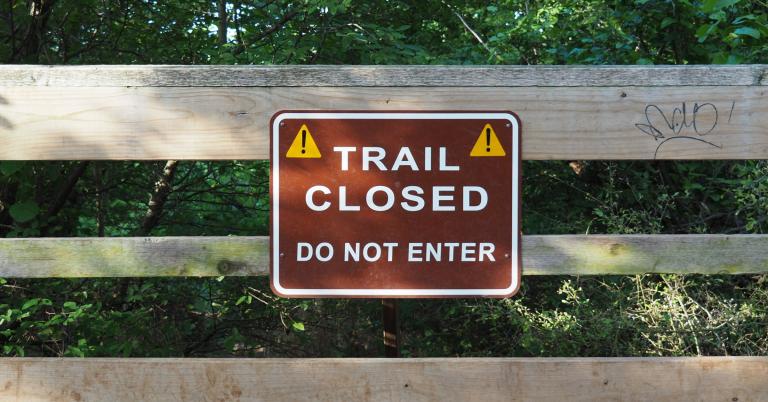 Use magic to make that pathway more likely

Big magical goals are like the old joke about eating an elephant – you do it one bite at a time.

I wrote about childhood dreams last week. I decided to become an engineer in junior high school. To get there I had to finish junior high, complete high school, complete college, and then find an engineering job. That took about 10 years, and I had to complete each step in order before I started the next step.

Our ultimate magical goals may not be this big or take this long (although they can be even bigger and longer – you want what you want). But the process is the same.

Even the best spells don’t always bring quick results. Give your magic time to work.

But at some point, either something is working or it isn’t. And if it isn’t then it’s time to try something else.

Or, if you get to an intermediate point and you decide you don’t like the road you’re on, change your direction while you still can.

Insisting that things will get better without a plan to make them better (whether that plan includes magic, mundane action, or both) is the height of arrogance and foolishness.

We will be done with Donald Trump in a few more weeks. Cleaning up his mess is going to take considerably longer.

His particular form of magical thinking runs rampant through our wider society – it’s in Christianity, in Paganism, and in non-religious thought. Getting rid of it is a generational project. But if we’re aware of its shortcomings – and aware of a better alternative – we can keep it from ruining our own magic.

1 To be clear, this in no way excuses Trump or anyone else who makes false statements. But there is a difference between lying to deceive and saying something you want to be true to try to make it true. As people who often make affirmations in an attempt to create change, it is our responsibility make the context of our statements clear. 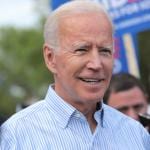 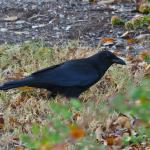 November 12, 2020 We Are All Part of Nature
Recent Comments
0 | Leave a Comment
"Actually real seagulls are running away from the sea and moving inland. Strange. Me I'm ..."
I. H. Hagar Why Do So Many of Us ..."
"They grow by missionary work. We don't, but that doesn't invalidate them. Choosing my words ..."
Brianna LaPoint When Fundamentalists Complain About “Pagans”
"I really like this article. I would love to see more diversity in America and ..."
Brianna LaPoint When Fundamentalists Complain About “Pagans”
"When Christians use the term UnChristian or Anti christian i give the a lecture about ..."
Brianna LaPoint When Fundamentalists Complain About “Pagans”
Browse Our Archives
get the latest from
John Beckett
Sign up for our newsletter
POPULAR AT PATHEOS Pagan
1

Divination Space Station: Leticia Ferrer-Rivera & Secrets of...
It's been awhile since we have featured a new installment of Divination...
view all Pagan blogs
What Are Your Thoughts?leave a comment
Copyright 2008-2021, Patheos. All rights reserved.