Trump is Fundamentalism’s Battle of the Bulge

Trump is Fundamentalism’s Battle of the Bulge August 11, 2020 John Beckett

A quote misattributed to Mark Twain says “history doesn’t repeat itself, but it often rhymes.” History is rhyming right now. It’s telling us that while things are difficult and dangerous, those of us who believe in freedom and justice for all and not just for a few are on the verge of a victory that will be monumental… if we will seize it.

We begin with this excellent story from Sunday’s New York Times by religion writer Elizabeth Dias. It’s titled Christianity Will Have Power (NYT articles are often behind a paywall, but I was able to read this in its entirety). The title comes from a campaign speech Donald Trump gave in 2016.

Christians make up the overwhelming majority of the country, he said. And then he slowed slightly to stress each next word: “And yet we don’t exert the power that we should have.”

If he were elected president, he promised, that would change. He raised a finger.

Too many people dismiss Evangelical and fundamentalist Trump supporters as naïve simpletons who fall for his con game. That’s simply not the case. They know exactly who and what he is. And they recognize him as one of their own. 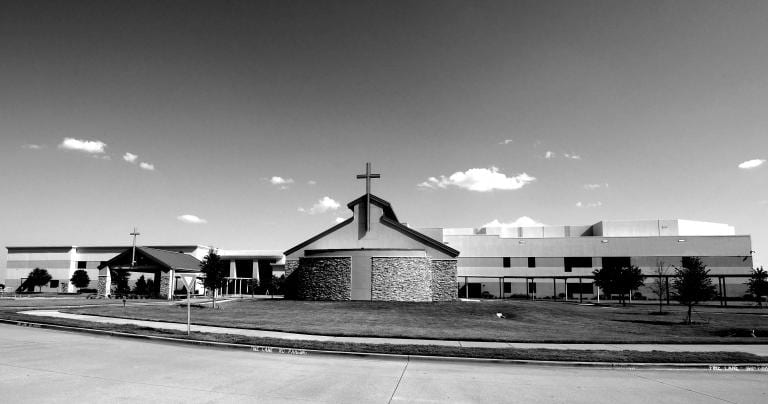 Fundamentalists recognize Trump as one of their own

I say this over and over again and I still don’t think I say it enough. Religion is far more than which set of supernatural propositions you affirm and which ones you reject.

The English word “religion” comes from the Latin word religio, meaning “to bind together.” Christians in general and Protestants in particular claim that what binds them together is a set of beliefs. But that’s never been entirely true, because religion is about far more than belief.

Certainly, beliefs are an important part of any religion. But so are rituals like worship services and how communities celebrate holidays and holy days. Religion is about culture: music, dress, and hair styles. It’s about language – in this case, not just “English only” but also what’s derided as “political correctness.” It’s about expectations around sex and gender.

And it’s about political philosophies. Trump and the fundamentalists share a deep belief in hierarchy and patriarchy. The strong should rule the weak. The rich are blessed by the Christian God and should be respected while the poor are lazy and must be punished. “Law and order” is more important than justice. Rebellion against any authority is a sin that cannot be tolerated.

Donald Trump doesn’t share the theological beliefs of the fundamentalists. And he thinks their code of sexual morality doesn’t apply to him (neither do most fundamentalists, because it goes against the core of human nature – but that’s another post for another time). But he shares their political philosophies, and they admire him for being strong and rich. They recognize him as one of their own.

Fundamentalism is a reaction to discredited myths

Despite their claims of being the “New Testament Church” and the “Old Time Religion” fundamentalist Christianity is a relatively new thing. It began in the late 19th century as a reaction against Darwin’s theory of evolution and the beginnings of higher biblical criticism. The first showed that humans are not categorically different from other animals. The second showed that the Bible is not the literal and inerrant “Word of God.”

That evolution and higher criticism are true was irrelevant. It was an attack on mythology – on the stories people live by. Stories are powerful things and people will fight to the death to defend their myths.

Early 20th century fundamentalists saw their world changing and they didn’t like it: women getting the right to vote, Black people demanding equality, Catholics and Jews growing in number and in influence. That the 1920s were the height of both Christian fundamentalism and the Ku Klux Klan is not a coincidence.

Fundamentalism isn’t just a set of theological beliefs which everyone is free to accept or reject. It’s a way of seeing the world and a demand that everyone conform to that vision. Christian fundamentalists and Islamic fundamentalists are cousins in a very dysfunctional family.

The failure of fundamentalism

Christian fundamentalism is failing. It never really took hold in Europe. In the United States it peaked in the 1920s, then had a resurgence in the 1950s with the rise of the Civil Rights movement and with anti-Communist paranoia. But it failed for the same reason religious zealotry always fails – after a while people get tired of hellfire sermons against the pleasures of life.

The women’s movement, the Civils Rights movement, and the sexual revolution were and are good and natural things that help people be who they are. They enable people to live their lives the way they want to live them. These movements have changed society in a deep and lasting way – a way that terrifies fundamentalists. 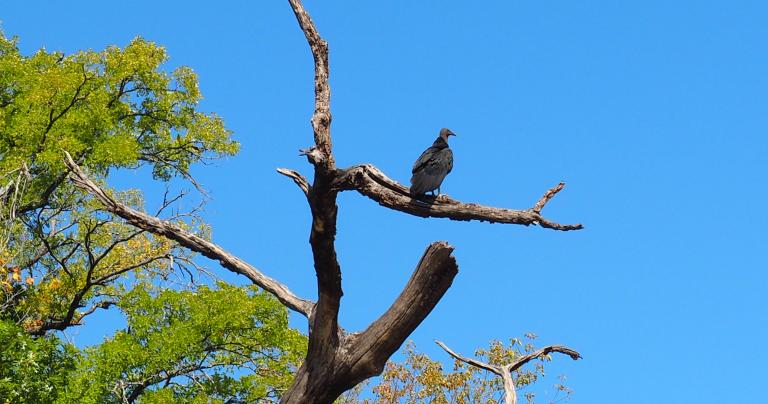 We’ve gone from homosexuality being “the love that dare not speak its name” to an openly gay man – legally married to another man – running for President of the United States… and being criticized for being too conservative.

The Battle of the Bulge

Now let’s take a look at a different part of history.

World War II began in September 1939 when Germany attacked Poland. With the evacuation of Dunkirk in June 1940, Germany essentially controlled the European continent and would continue to control it for four years.

But in the east, the Soviet Union stopped the Germans at Stalingrad in early 1943 (at a horrible cost in lives) and began moving west. The Allies invaded Normandy in June 1944 and began moving east. By December 1944 they had recaptured most of France and Belgium.

The Battle of the Bulge (so named because the German advances caused a bulge in Allied lines) was Hitler’s last serious attempt to win the war.

Whole books have been written on this battle – I don’t intend to go into detail here. For our purposes, what’s important is that the German army had significant initial success. The Allies were slow in their response for numerous reasons, including some brutal winter weather. But within a week they began a counterattack, and within a month the Battle of the Bulge was over and the march to Berlin resumed. Germany surrendered five months later.

What would have happened if Hitler had been successful? By December 1944 military victory was impossible – Germany was hopelessly outnumbered. But Hitler thought that if he could sufficiently divide the Allied forces, he could negotiate a peace treaty that would allow him to stay in power.

In reality, all he would have done is extend the war and increase the number of people killed and wounded on both sides.

Trump as the Battle of the Bulge

Do you see history rhyming here?

The fundamentalists are losing. They’ve been losing since the 1960s. The speed of the LGBTQ revolution was astonishing and the Obergefell decision establishing marriage equality nationwide was a complete repudiation of fundamentalist mythology. They’re desperate. Like Hitler they cling to dreams of victory when all they can realistically hope to do is extend the war… and the suffering war always brings.

Make no mistake – fundamentalists didn’t want Trump in 2016. They wanted Ted Cruz, who is just as committed to hierarchy and patriarchy as Trump but who is also a true believer in fundamentalist theology and doctrine. But when Trump won the Republican nomination they realized they share a common way of seeing the world, and so they supported him wholeheartedly.

Like those early days in the Ardennes Forest in December 1944, the fundamentalists have enjoyed some successes. But ultimately, Trump is a last-gasp effort at using the power of government to impose a fundamentalist worldview on the country and the world.

Joe Biden is not General Patton

American General George Patton gets much of the credit for the Allied victory in the Battle of the Bulge. He started preparing for a counterattack before his fellow commanders, and he pushed his troops relentlessly to relieve the siege of Bastogne. How much of the credit he earned and how much is due to his personality (and to the 1970 movie about him that won seven Academy awards, including George C. Scott for Best Actor) is another question that’s beyond the scope of this post.

Joe Biden is a competent moderate politician who will make an infinitely better President than Donald Trump. His presidency will halt the stream of fundamentalists and other conservatives with lifetime appointments to the federal judiciary, and it will allow Ruth Bader Ginsburg to finally retire… or just to die in peace.

But he is not marching on the forces of fundamentalism with tanks and guns, or with the political equivalent thereof. Expecting him to fix all our problems is recipe for disappointment. He doesn’t have that power – no President does.

But removing Trump from office so he can’t make things even worse will be a very good thing. 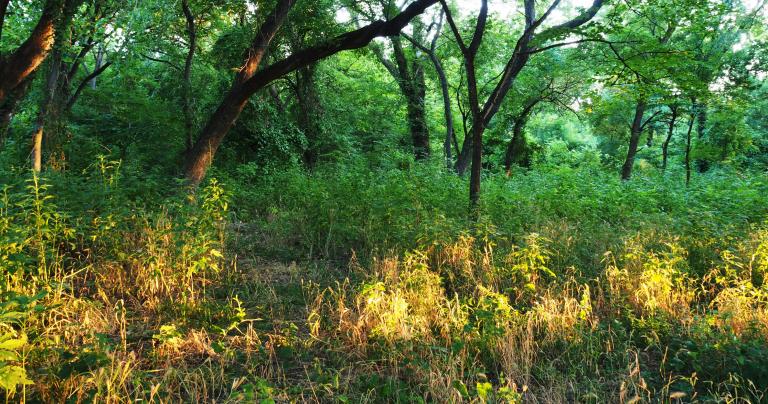 A chance to defeat fundamentalism

Winning the Battle of the Bulge did not end World War II. But it made the outcome certain.

Likewise, defeating Donald Trump will not end Christian fundamentalism – and certainly not in five months. There will always be people with fundamentalist religious views, and they will always seek power over other people.

But they are fighting against human nature. They try to force everyone into a hierarchy that abuses all but those at the top. They try to force women into narrowly defined roles and control their bodies. They want to outlaw homosexual activity and pretend that transgender people don’t exist.

They think everyone should worship only their God and not the Gods that call to them.

Fundamentalism is unnatural (which is ironic, considering how they’ve used that claim against others) and can only be maintained with constant reinforcement. They can no longer keep control by threatening people with damnation, because most people don’t believe in hell anymore. They have to maintain control by using the law, and people will only put up with that for so long.

The fundamentalists are losing. Voting Donald Trump out of office in a landslide will be the equivalent of the Allies winning the Battle of the Bulge – it will end their last desperate hope of imposing their ways on everyone else. They’ll have to be content with imposing them on themselves.

If you needed a reason to vote for Joe Biden for President, here it is.

1. There are many other societal ills that are not on the verge of losing and removing Trump will not address them. Life is complicated. But the political power of fundamentalism can be dealt a decisive blow in this election, and that’s important.

2. We’ve all heard “battle of the bulge” jokes before and they stopped being funny a long time ago. Fat shaming comments will be deleted.

August 9, 2020
What Makes a Sacred Place Sacred?
Next Post 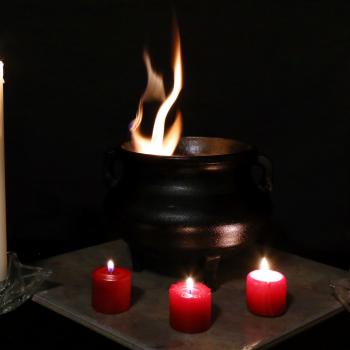