Ex-Witches and the New Satanic Panic

A question from the last round of Conversations Under the Oaks asks about ex-witches and the “new Satanic Panic.”

I would like your take on the new Satanic Panic. [Name redacted] is a person claiming that he was a practicing witch for 16 years and was saved by Jesus and does YouTube videos. Doreen Virtue is a vocal former New Ager who now is fear mongering about non-Christian faiths. Do you think it’s in part a response to the COVID-19 pandemic? 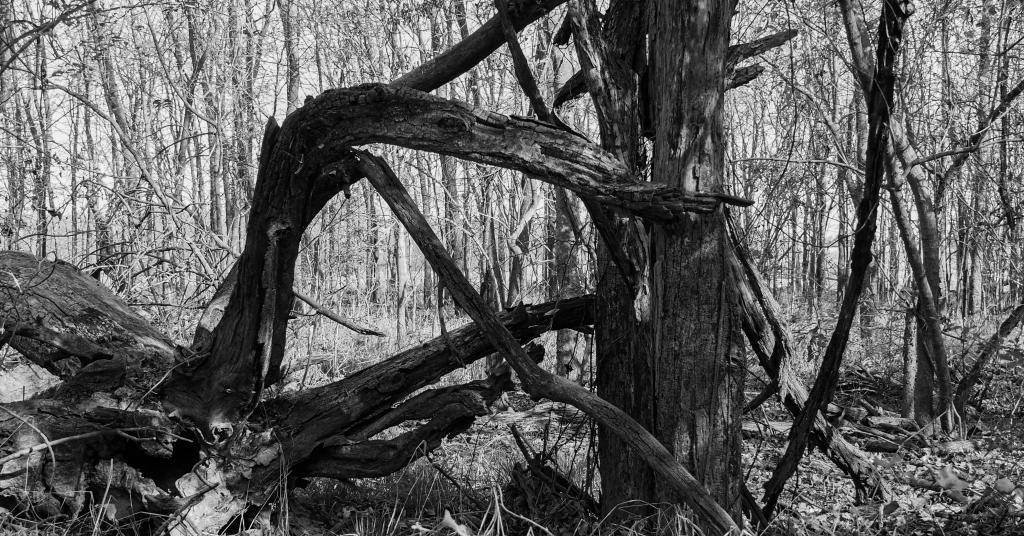 Ex-witches as a “win” for Team Jesus

The first is the “ex-witch” phenomena. It’s been going on for a very long time, at least since witchcraft become public in the mid-20th century. Pat Robertson finds one to put on TV every October.

Most of the ex-witches I see on TV don’t even have a 101 level understanding of Wicca, Traditional Witchcraft, or any other recognizable form of magic. Their stories remind me of the transcripts of some of the historical witch trials – they’re telling their audience what they think they want to hear. Except instead of making up witch stories to get people to stop torturing them, they make up stories so people will listen to them.

I’m sure some of them read a book or cast a spell once upon a time, but I’ve yet to see one I believe really was the high priestess of a functioning coven of any description.

Conservative Christians – especially Evangelicals – love ex-witch stories because they reinforce their belief that there’s “spiritual warfare” going on between their God and their devil, and every ex-witch is a victory for their side.

It also reinforces their belief that their way is the One True Way. When people who practiced a religion diametrically opposed theirs (or so they think) convert, how could their way possibly be wrong?

Ex-witches who never dealt with their religious baggage

Occasionally you come across someone who really did practice witchcraft or some other form of non-Christian or heretical spirituality. Doreen Virtue falls into that category. So does the YouTuber mentioned by the questioner (I redacted his name because I don’t want to give him any traffic). I wasn’t about to spend four hours watching his “testimony” but I watched enough to understand what happened.

He grew up in a fundamentalist Christian environment. The doctrines he heard preached week after week, year after year didn’t go away when he started exploring other forms of spirituality. They were still there… especially the one that says you can’t trust your own judgement. Ignore what your senses tell you, ignore what your heart tells you is true, just believe what we tell you to believe, because the devil will deceive you.

And the penalty for being wrong is eternal torment.

I grew up in this kind of environment. Ultimately, I got out because I trusted my intelligence. A certain Forest God helped too. But it took years of actively and honestly wrestling with core religious issues before I could begin moving forward.

Someone who doesn’t do that work is never going to get rid of the lies and fear-mongering of fundamentalism. Then when there’s a crisis, or when there’s a quiet moment, all that “this is a sin and you’re going to hell” comes roaring back in.

And whatever good someone experienced in witchcraft or Paganism or whatever religion/spirituality they’ve been practicing goes out the window and they go running back to what they grew up with.

The Satanic Panic of the 1980s and 90s never really ended. It just got quiet for a while, when people realized they were conducting their own Salem Witch Trials and harassing and jailing innocent people.

But it lives on in conspiracy theorists, some of whom – like QAnon – say the world is controlled by a secret group of Satan-worshipping pedophiles.

Because if the world is controlled by Satan-worshipping pedophiles, then no response is too great, too violent, or too anti-democratic. The fact that it’s completely untrue doesn’t matter – the fantasy is its own payoff.

And of course, as with the ex-witches, the Satanic Panic reinforces the spiritual warfare thinking of Evangelicals and other conservative Christians. Fighting in this war provides meaning, even if they never actually do anything beyond listening to sermons that tell them what they want to hear.

The return of the devil

But there is something in all this of interest to witches and Pagans.

If there’s been one constant throughout the spread of modern witchcraft, it’s the line from Practical Magic (1998): “there’s no devil in the craft.” Or as I sometimes tell Christians who accuse me of worshipping the devil: “Satan is part of your pantheon, not mine.”

But the fact is that the devil is part of some forms of Traditional Witchcraft. The grimoire revival that began a few years ago (it is still going on? I’ve lost touch) calls on various demons. And some practitioners are no longer shying away from giving the devil his due.

The Church of Satan has been around since Anton LaVey founded it in 1966. It was more show than Satan – LaVey himself described it as “Ayn Rand with ritual.” The Satanic Temple was founded in 2012. It is explicitly non-theistic – its main work is fighting the establishment of religion in the United States. It gets a lot of publicity, for better or worse.

The devil is all over entertainment. In a 2018 post I compared portrayals of the devil in movies like Rosemary’s Baby (1968) and The Exorcist (1973) with contemporary portrayals in American Horror Story: Apocalypse and The Chilling Adventures of Sabrina. The earlier movies looked at the cultural upheaval of the 1960s and said “the devil is in our kids and we need traditional institutions to get him out.” The contemporary shows say “our institutions are impotent and we must face the devil on our own.”

Either way, the devil is still very much with us. 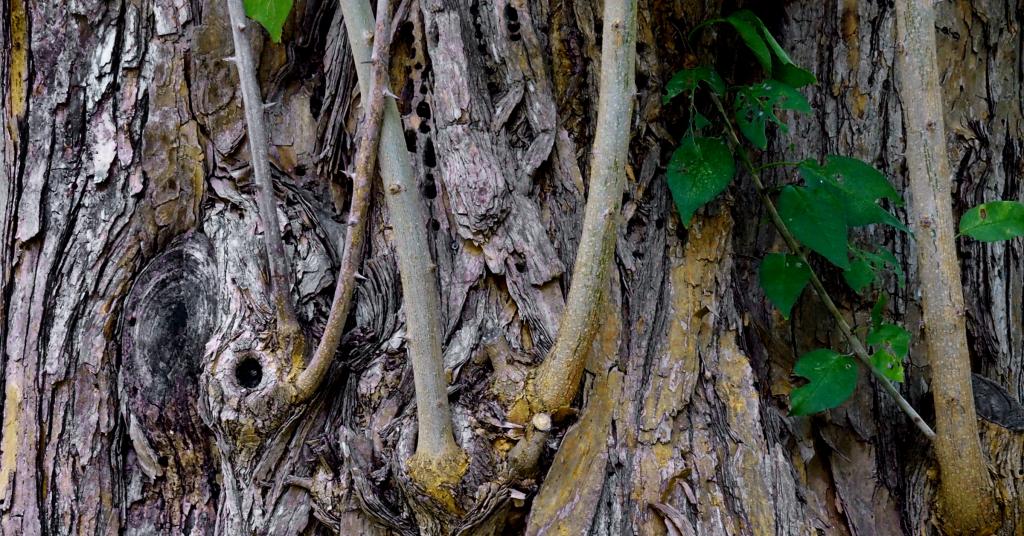 Who is the devil, anyway?

Lucifer, Satan, Beelzebub, the devil… are these different names for the same person, or different persons? My best guess is that it’s a little of both, but I haven’t given it a lot of thought.

Most Westerners think of the devil in purely psychological terms – the devil is the parts of ourselves we don’t like to think about.

Is he really the epitome of evil? According to Milton, Lucifer thought it better to reign in hell than to serve in heaven – that’s not difficult to understand. Read the story of the Garden of Eden and it’s hard to say he’s the bad guy – he’s the one who helped humans gain free thought and free will.

However people see the devil, many aren’t afraid of him anymore – and that scares those who still see him as “the adversary.” Those people are likely to see every less-than-evil portrayal of the devil as evidence he’s winning the war… the war that gives them so much meaning whether it exists or not.

To address the last part of the question, I don’t think the return of the Satanic Panic has much to do with the Covid pandemic… even though some claim it’s a plague sent by Satan, and more claim it’s all a hoax by “the father of lies.” These people were already heavily invested in Satan – if they weren’t seeing the devil in Covid, they’d be seeing him somewhere else.

Humans need no devil to commit great acts of evil

If the usual Christian mythology around the devil isn’t historically accurate (and it’s not), I wonder who he is, and how this unusual person fits into a polytheist worldview. But at the end of the day, the Gods and spirits I work with and for keep me plenty busy – I have no time for the devil.

And that’s really my answer to Christians and anyone else who’s worried about him. Spend your time concentrating on your own God and don’t worry about any others.

To those who work with the devil, I would say that while it’s true that most of his story was written by his enemies, our ancestors who warned us to avoid him weren’t fools. Take care. But also, take good notes and share what you can.

And to everyone, I would point out that the true evil in the Middle Ages did not come from witches in league with the devil but from judges, churchmen, and others in power who tortured and murdered thousands of innocent people. In our time, the West Memphis Three spent 18 years in jail for a crime they did not commit, and even though they were released in 2011 they were never formally exonerated.

We need no devil to commit acts of great evil. 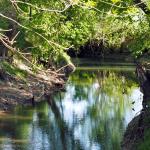 May 13, 2021 Working With Many Gods
Recent Comments
0 | Leave a Comment
Browse Our Archives
Related posts from John Beckett