If you’re looking for a TL;DR book review, here it is, in the form of this paragraph I wrote for a cover blurb:

This is the book Cerridwen devotees have been waiting for. Anglesey Druid Order Chief Kristoffer Hughes presents the literary and historical material on this Welsh Goddess from the perspective of someone native to the land and language of Wales, and also from the perspective of a contemporary devotee. If you want to meet Cerridwen, drink from her cauldron, and be inspired by the Awen, this is the book for you.

I first met Kristoffer Hughes in Wales in 2014. He was a wonderful host and spent a day showing us around Anglesey, a day I will always cherish. After talking with Kris about ancient sites, Druidry, and Welsh lore, I knew he needed to write not just a book on Cerridwen, but the book on Cerridwen. And now he has.

I first met Cerridwen in the OBOD Bardic course. The Tale of Gwion Bach is integral to that course – I read it, meditated on it, and eventually learned to tell it. It’s one of the few stories I can tell with no preparation – I’ve told it so many times it’s burned into my brain. In learning that story I got to know Cerridwen as the Lady of the Cauldron and the Lady of Transformation.

I got an advance PDF copy of Cerridwen: Celtic Goddess of Inspiration so I could write a cover blurb. Honestly, though, I’m not fond of e-books. So when the final version of Cerridwen was released in March, I ordered a hard copy.

And then it sat in my to-be-read pile till last week. Now, I’ve been working that pile down recently, but there are still quite a few books in it, and my reading order has been rather random. Until I heard Cerridwen say “you’re doing something at the end of the month and you’re going to need my help with it. If you want it, get the book review done.”

So I did what anyone with good sense would do: I re-read the book and started writing the review. And now it’s posted with two days to spare. The last thing I need is an angry Welsh Goddess pursuing me through the water, through the air, and into a pile of grain. Again.

How do we know Cerridwen?

Kris says that Cerridwen is in part a sequel to his 2012 book From the Cauldron Born: Exploring the Magic of Welsh Legend & Lore. That work is a book-length exposition on The Tale of Gwion Bach. It includes a chapter on Cerridwen, but as Kris says, that “did not do her great justice.” With this new book:

The aim of this book is to provide you with an in-depth exploration of Cerridwen: where she came from, the landscape and peoples that perpetuated her, and who she is today.

As a polytheist, I find it interesting to speculate on the origins of the Gods. Have They always existed? Do the stories of Their births reflect historical events? Different polytheists have different ideas and reasons for those ideas.

We do not know Cerridwen’s ultimate origins. What we do know is how She came to be known by the people of Wales. That story is preserved in the Welsh bardic tradition. Much of the first chapters in this book discuss the history of that tradition.

It is the Welsh bardic tradition that preserved and germinated the seeds of Cerridwen and the power of Taliesin for each subsequent generation; with this in mind, the bard is essentially in service to the future.

There’s an entire chapter devoted to Her name: the many spelling variants in the lore, their sounds and meanings in the Welsh language, and how some scholars have misinterpreted those sounds and meanings to assume that Cerridwen is a witch and not a Goddess. In the end, Kris makes a scholarly case for spelling Her name “Cerridwen” and pronouncing it “cerr-ID-wen,” with the meaning of “a blessed holy woman of angular, bending magic.”

It is clear that Cerridwen did not begin as a witch, and that She was not originally associated with witches.

What the English-speaking world perceived as witchcraft had no relevance in the Welsh cultural consciousness. They had no point of reference for the evil, demonic, and devilish portrayal of a witch popularised during the decades of the witch hunts in Britain and Europe.

In 130 years, there were only 42 cases of witchcraft in Wales. Only 8 people were found guilty – all of them in border regions, as was common in the era of the witch trials.

The culture of the ancient Celts was one where magic was commonplace and where they simply did not have the word “witch,” at least not with its current anglicised meaning.

But Her cauldron and Her stories made Her attractive to practitioners of modern witchcraft, particularly those who relied on 19th century scholars who misidentified her as a witch.

Once scorned as a medieval witch, her guise as twentieth and twenty-first century witch goddess would have the bards of the nobility spinning indignantly in their graves.

I’m always uneasy when someone tells me “I don’t care what the lore says – this is who this Goddess is for me.” Deities don’t change their essential nature, and too many people grab a name or an image with no regard for the divine person attached to it. And in some cases, they’re simply being played by lesser spirits. But when enough people report similar encounters with the same deity, odds are good there’s something to it. And so it is with Cerridwen – She’s found new ways to express who and what She is.

She flew beyond the confines of the bardic tradition that had preserved her, and in the new witches she found fresh voices to carry her message of inspiration and transformation.

Goddesses are not artifacts frozen in history and lore. They are living persons with agency – They do Their own things for Their own reasons.

Cultural appropriation is a problem in our wider society. Efforts to combat this problem are hindered by those who want to label every practice as closed, and who promote balkanization and segregation in ways that would be at home in the most racist traditions and organizations.

Kris makes it clear that we should honor the Welsh roots of Cerridwen’s lore and the Welsh traditions that preserved it over the centuries. That means – among other things – learning some of the history of Wales, respecting the Bardic tradition, and learning a bit of the Welsh language (something I struggle with).

But he also says:

As a Welsh person, I can say that we do not own this material nor the keys that provide access to Cerridwen’s mysteries. We are simply custodians of it, caretakers and guardians.

Do not ever think that you don’t have the right to claim Cerridwen as a goddess that is valid for you. Our modern world has given her a new form of expression that is changing and inspiring the lives of countless individuals throughout the world. With songs, articles, poetry, books, art, statuary, rituals, and workshops crafted and offered in honour of Cerridwen, she is more alive today than she has been for the past four hundred years.

If Cerridwen calls to you, answer Her. If you find yourself drawn to Her stories and the virtues they express, pursue Her. And then get ready for change.

I perceive Cerridwen as an initiator, as the guardian deity of the experience. Whether one embarks on the journey into initiation alone or as a part of a mystery school, I believe that it is Cerridwen who activates the initiate’s journey and pursues them through the subtle inner realms to a deep transformation.

Cerridwen: Celtic Goddess of Inspiration will help you on your way. 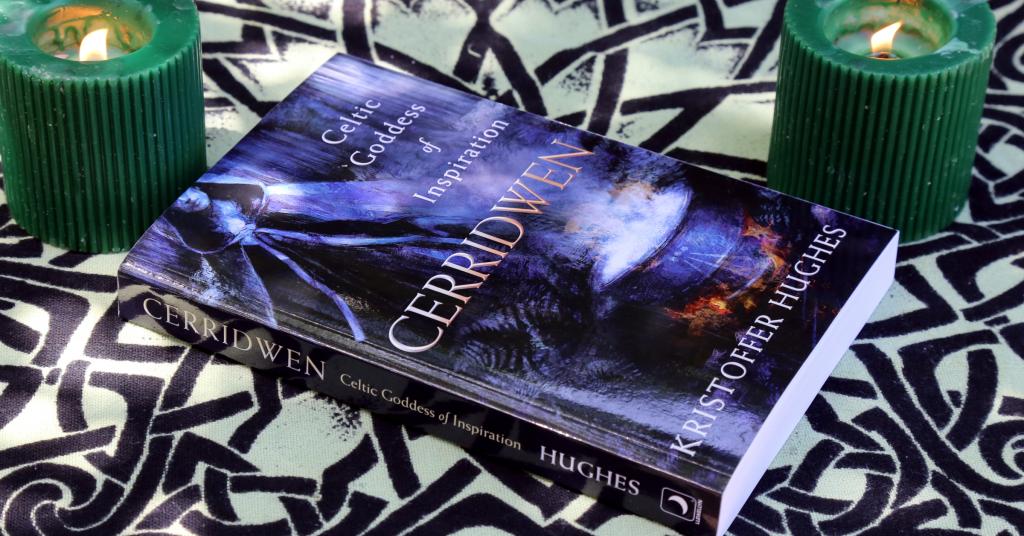 This book is primarily intended for followers and devotees of Cerridwen. The history and lore, the poetry, and the devotional practices are essential for those who want to develop an authentic relationship with this great Goddess.

It will also be helpful to those interested in Celtic culture and traditions. Celtic culture didn’t die with the coming of the Romans and Christianity, nor with the Anglo-Saxons. It’s a living tradition. As Kris says “we are here today, right now. Speak to us, we don’t bite, we can help.”

Cerridwen: Celtic Goddess of Inspiration is a work of scholarship and a work of devotion. Both approaches are necessary if our modern Pagan and polytheist religions are to be as authentic, as robust, and as meaningful as they can be. This book does both approaches very well.

As I mentioned in the opening section, I received a PDF review copy of this book, and then I bought a hard copy myself. Kristoffer Hughes is a dear friend and colleague and I hope this book sells a zillion copies, but ultimately my obligation in a book review is to you, the reader. This is my honest opinion of Cerridwen: Celtic Goddess of Inspiration. 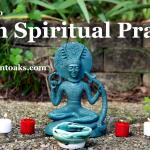 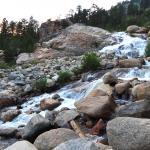 August 29, 2021 All Magic Comes With a Price and That Price is Change
Recent Comments
0 | Leave a Comment
"I finally have time to watch it and started yesterday. It has a Riverdale/Sabrina vibe, ..."
Nekoshema Wednesday
"Yes!!! So glad I am not the only one that thinks this!! LOVED this show, ..."
Erin McGuire Wednesday
"Thank you for this. I did not know about "Wednesday" and reactivated my Netflix account ..."
OrderInTheQuartz Wednesday
"Glad to hear a review from you. I keep hearing nonsense from people who just ..."
MadGastronomer Wednesday
Browse Our Archives
Related posts from John Beckett