Building For A Future We Won’t See

Building For A Future We Won’t See October 19, 2021 John Beckett

But I feel like I’m building something that will not be finished in my lifetime. I’m building for a future I can’t see.

By now I’m used to my Gods not showing me Their plans – especially the Morrigan. “You, Druid – do this.” I believe in Them and Their virtues, I trust Them, and I want to be a part of Their work, so I do it. They’ve never led me wrong. But I’ve always felt like I knew where I was going and that I would get there in this life.

I’m starting to think that’s not true. And I have mixed feelings about it. 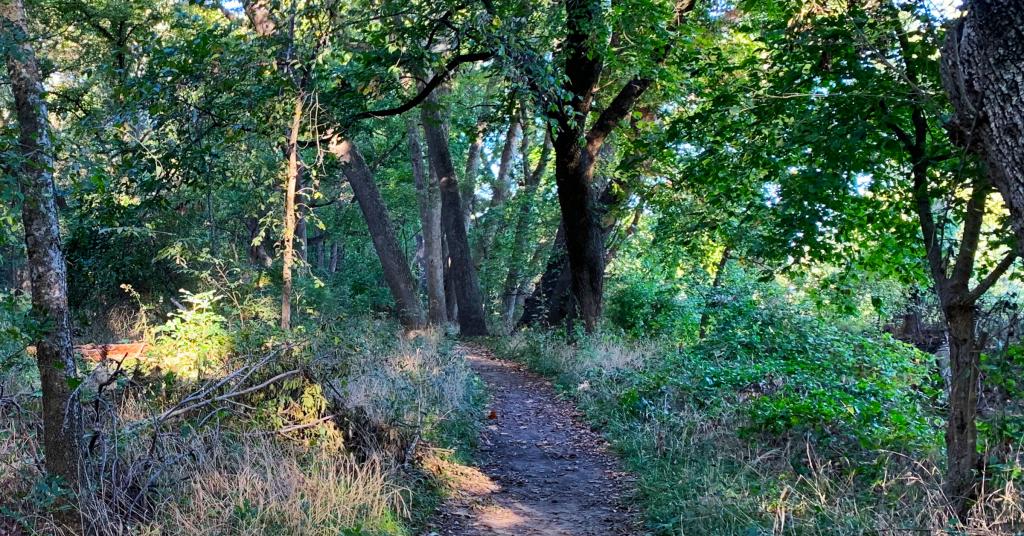 A cliché says “half of life is just showing up.” I’ve found that to be true. But then I add “and the other half is sticking with things long enough for them to pay off.” Perseverance is a virtue.

Now, sometimes you really can’t finish things. Failure can be Nature’s way of saying “you should try something else.” Sometimes you find yourself in a dangerous situation and you have to get out immediately, regardless of the cost. And some people have mental health conditions that make them prone to starting a million projects but never finishing any of them.

But none of that changes the fact that few things contribute to long-term success as much as finishing what you start, in as timely a manner as you can.

I finished two books. I finished a 12-year run in local Pagan leadership. I have obligations that will be finished at my death. There are other things I will finish in the future.

But I’m starting to understand that the sum of this work will not be completed in my lifetime.

But this is Tower Time

We talked about the challenging times that were coming for years. And now that they’re here, we don’t talk about them so much. This is typical human behavior – we can adapt to almost anything, and once we do it’s no longer so scary, even if it’s not very pleasant.

This is Tower Time, the Long Descent, when empires begin to crumble, magic begins to rise, and the Otherworld grows closer to this world (and not just at Samhain). The nice and easy last third of my life (or however much time I have left) I had envisioned is simply not going to happen.

We live in “unprecedented times.” They didn’t end when Trump left office, they won’t end when Covid is no longer an issue (it will never be gone), and I do not believe they will end in the lifetime of anyone alive today.

Apologies to those whose lives were never going to be “nice” or “easy.” I realize I speak from a position of relative privilege, but that doesn’t make it any easier to accept. But as I often say, you don’t have to like it, you just have to deal with it. And in my case, that means coming to terms with the fact that the most important work of my life will not be finished before I die – even if I live to be 100. 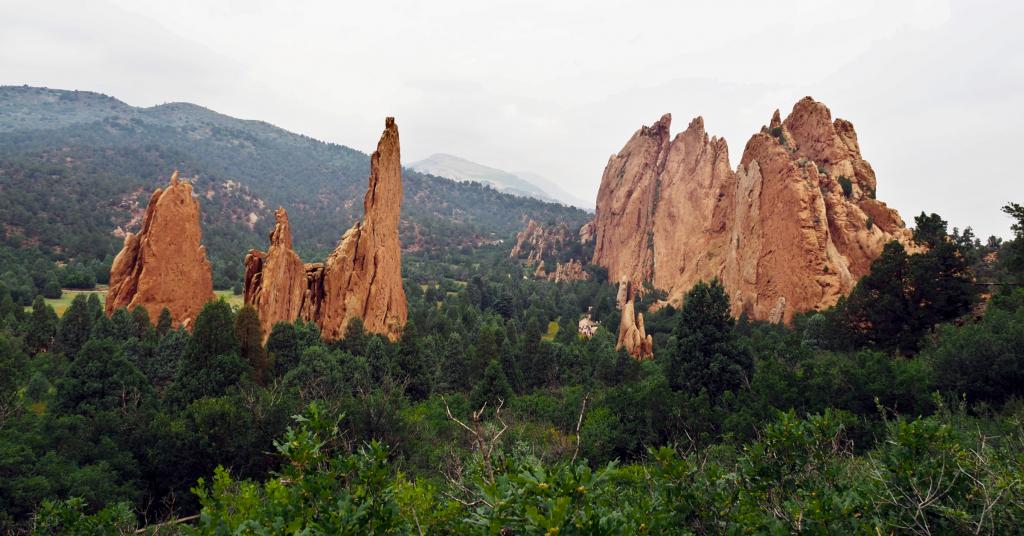 My dreams of a Pagan Restoration have faded

In the first half of the last decade, I often compared Paganism today to Christianity in the first century CE. I never expected a Pagan version of the Council of Nicaea, but I did expect that over time, the seemingly-infinite variations of modern Paganism would condense into three main segments: polytheism, Wicca and witchcraft, and non-theistic Nature worship.

Religion is becoming more of an individual thing – and it’s not just Pagans headed in that direction. We can debate whether or not that’s a good thing, but we deny the trend at our peril.

I thought I was laying the foundations for the Pagan institutions that would support Paganism (in the three main forms I envisioned) supplanting Christianity as the dominant religion in the West – if not now, in 50 years or 100 years or 200 years.

If that was ever a reasonable assumption, it’s not now.

So what am I building? What am I going to leave behind when I join the ancestors in the Otherworld?

Modern technology has spoiled me. If I need to go somewhere I’ve never been before, I plug the address into my phone, plug the phone into my car, and let it guide me there. It wasn’t too many years ago that going someplace new involved looking it up on a map, writing out the directions, and then memorizing the turns. And that’s for the places that show up on maps.

I remember exploring the woods as a kid. Most times that meant following the existing trails. Other times it meant going off the trail for 50 yards or so. But sometimes it meant “let’s go that way and see what we can find.” I headed off in a general direction – I had the sun and the lay of the land to guide me. I never got lost, though occasionally where I was when I found a place I recognized wasn’t where I expected to be. I had some great adventures… and I’m now convinced I wandered into the Otherworld at least a couple of times.

The skills I learned then are helpful now. Head in a general direction. Pay attention to your surroundings. Listen to your intuition. Make adjustments as necessary.

That’s not my preferred way of doing things. I like knowing exactly where I’m going, how I’m going to get there, and how long it will take to do it. 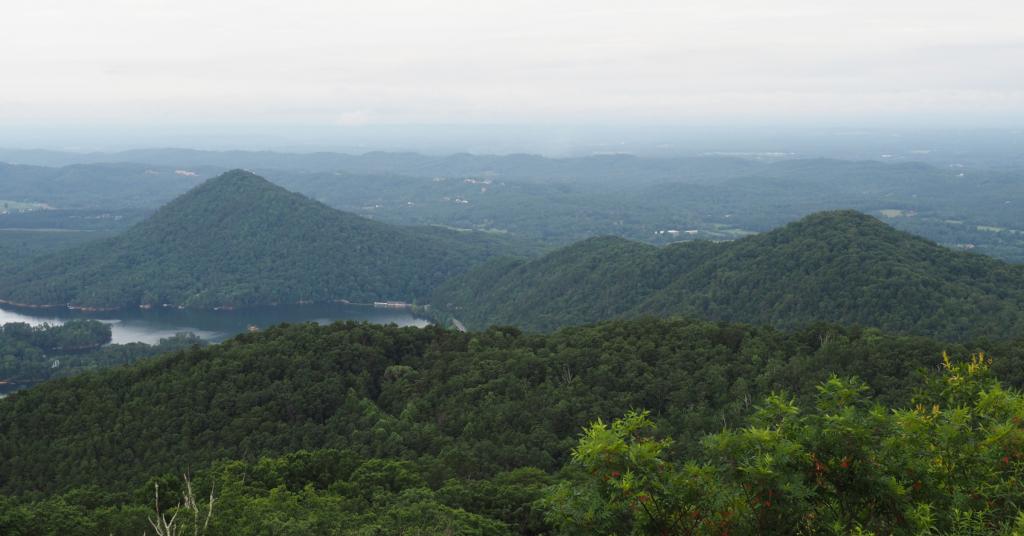 My direction is clear

I don’t know what I’m building, but I know the direction I’m going. I know what’s most important for me in my religious and spiritual work.

I worship my Gods. I pray daily, make offerings weekly, and conduct rites of worship on high days and holy days. I do my best to embody Their virtues in this world, and I encourage others to do the same.

I honor my ancestors. I make offerings to those who came before me, I listen for their presence, and I ask for their wisdom and guidance.

I am building relationships with other spirits: the local land spirits, the other spirits who share this place with me, and other spiritual persons who’ve made my acquaintance. Hospitality and reciprocity are the foundations of good relations.

I’m learning magic. I taught a course on magic last year – it was the best learning experience I’ve had in years. If the currents of magic are growing stronger – and I’m convinced they are – then I want to be prepared to navigate them and make good use of them. Because I’m convinced other people who do not share my values are using magic for their own purposes, and I do not want to be at a tactical disadvantage.

And I’m doing my best to build supportive communities. I’m working with my local groups. I’m writing blog posts and teaching classes – doing my best to bring people together so we can support each other in difficult times, whether in-person or online. Because while I like doing my own thing as much as any modern Pagan, none of us are going to get through this alone.

I don’t know where this will lead. I just know it’s what I need to be doing now.

Others will pick up where we leave off

The current supply chain issues show just how unrealistic and unsustainable our expectations have become. We expect what we want, when we want it, at a price we want to pay.

For all but the last few decades, people ate locally grown foods in season. Imported goods were luxuries for the rich, not mainstays of the common people. And if you wanted something big, you waited.

Medieval cathedrals took decades to build – some took centuries. Stonehenge was built and rebuilt multiple times over a thousand years. No one saw both its beginning and its end.

Even if there’s never a Pagan restoration, the future will include Pagans and polytheists, witches and other magicians, and like-minded people of many descriptions. If we do what we’re called to do and we do it well, those who come after us will be able to pick up where we leave off and not have to start over from the beginning. Over time, over several generations, what needs to be will become a reality.

I’d rather see the blueprints now. I’d rather know exactly where we’re going, how we’re going to get there, and when we’ll arrive. I want to be there when we do.

And so we keep moving, keep working, keep practicing, and keep building a future we can’t see.

October 21, 2021 A Pagan Theology of the Dead
Recent Comments
0 | Leave a Comment
"Great post!In some places in Southern Europe (I speak about Southern Europe because that's where ..."
Alysia We Owe Toxic Ancestors Nothing
"I have to laugh.. in agreement. . I was one of those who was picked ..."
Robin Kanstein Sometimes The Gods Take What They ..."
"Vetting procedures are standard in cultures with functional traditions of magic and divination. That's why ..."
Gordon Cooper Channeling a God, or Why People ..."
"I recently caught a bit of the Dateline documentary about the Love Won group and ..."
Debbrah Foxveil Channeling a God, or Why People ..."
Browse Our Archives
get the latest updates from
John Beckett
and the Patheos
Pagan
Channel
POPULAR AT PATHEOS Pagan
1