“Magic has always been, in lore and in life, a tool of the oppressed.”

This was the subtitle of Heather Greene’s excellent article on Religion News Service titled How to make a thousand witches with one Supreme Court decision.

Heather was right. The hexes, curses, bindings, and manifestations have already started, and they will continue until the fundamental rights the Supreme Court took away are restored.

Unfortunately, some of what I’m seeing is less than optimal. I’m seeing too many spells that are unlikely to work, and even if they did work they would not manifest the desired results.

It is neither my place nor my intent to tell traumatized and grieving people how they should feel. It is my intent to encourage everyone who’s angry and frustrated with this injustice to think through their responses, and to use their blood, toil, tears, and sweat in the most effective ways possible. 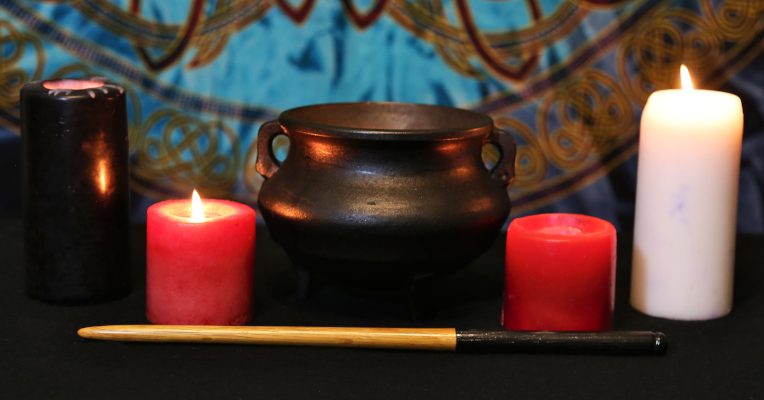 Take care of yourself first

But rage is like Warp 9. It can take you very far very fast, but it is not sustainable. Try to maintain it for very long and you’ll burn yourself up. Better to channel that rage into something productive, and keep your anger on a slow boil.

You’re going to need it – this will be a long journey.

If you are capable of becoming pregnant, you don’t need some old man telling you how to make sure you don’t get pregnant.

If you are capable of making someone pregnant, you very well may need some old man telling you that you have a sacred obligation to make sure you don’t unless your partner explicitly requests it, and unless you’re ready and willing to hold up your end of the responsibilities of parenthood.

Honestly, if you think the kind of sex that can make someone pregnant is the only kind worth having, your imagination is sorely lacking. You’re depriving yourself – and your partner – of a cornucopia of pleasure. But whatever you do, you have a responsibility to make sure you never cause an unwanted pregnancy.

The courts are a lost cause

If you want to hex Alito, Thomas, Gorsuch, Kavanaugh, Barrett, and Roberts (who voted to affirm the Mississippi law despite not voting to overturn Roe, which would have allowed states to continue chipping away at fundamental rights) be my guest. They certainly deserve it. But even if we could turn them all into toads and replace them with Justices who understand the concept of justice, that would not bring back Roe. The American system of judicial review simply doesn’t work that way.

Magic doesn’t make things happen – it improves the odds that they will happen. Magic has to have a way to work. Thanks to McConnell and Trump, the courts are lost for a generation.

You may want to work magic to preserve the Griswold, Lawrence, and Obergefell rulings. Alito said that abortion is a special case, but Thomas argued that these rulings should also be overturned. Expect cases asking for the rights to birth control, to privacy in intimate relations, and to marriage equality to be taken away. Roe is gone, but these rulings can still be preserved – and they should. 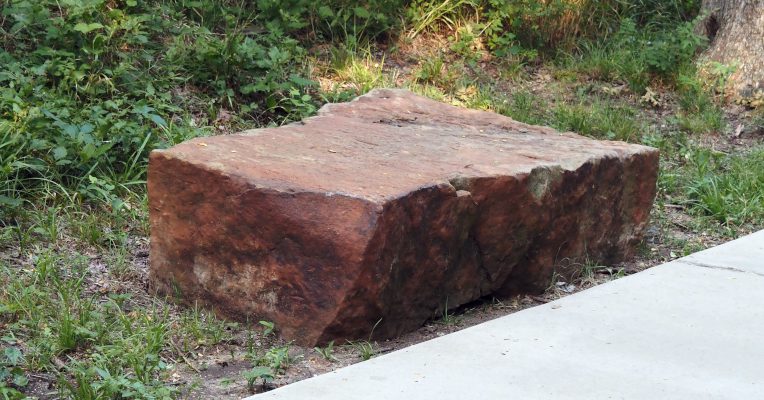 Direct your workings toward legislatures

On Tuesday, the Supreme Court ruled (incorrectly) that Maine’s tuition voucher program must include religious schools, forcing taxpayers to subsidize religious instruction. In anticipation of this, the Maine legislature changed the law to “forbid discrimination based on gender identity and sexual orientation, and it applies to every private school that chooses to accept public funds, without regard to religious affiliation.”

Taxpayers will still have to fund religious education run by liberal and moderate churches, but they will not have to fund schools run by conservative churches that discriminate against LGBTQ students. That’s a workable compromise.

Dobbs did not make abortion illegal. The Dobbs ruling says that state and federal legislatures are free to make whatever laws concerning abortion they like. Thus abortion remains legal in California even though it’s illegal in Texas.

The most straightforward way to restore reproductive rights is a federal law establishing them. The House passed such a law earlier this year (about 30 years too late) but it failed in the Senate.

Magic needs a way to work. The most direct way is to elect enough pro-choice Representatives and Senators to pass such a law – while there’s a pro-choice President in the White House. Generally that means Democrats, though not always (and I’m very angry with Nancy Pelosi for supporting anti-abortion Henry Cuellar over pro-choice Jessica Cisneros in a runoff just because Cuellar is the incumbent).

Pro-choice candidates will not win every race. Target your magic – and your campaign contributions – to those races where a small boost can make a critical difference.

And while you’re at it, work some spells to boost the courage of those in power. Too many Democrats try to have it both ways, claiming to be pro-choice but refusing to go on record strengthening reproductive rights.

State legislatures are the key

All the problems being created today are coming from state legislatures. Voter suppression laws, anti-trans laws, laws taking away reproductive rights – all of this is coming from the states, not from the federal government.

And especially if they’re a MAGA Republican, work to defeat them, both mundanely and magically.

The regressives are winning even though they’re in the minority, because they learned how to play the system. They’ve played it well for decades. And now they’re getting their payoff. Turning that around will require a similar effort – playing the political game well at every level, year in and year out, decade in and decade out. 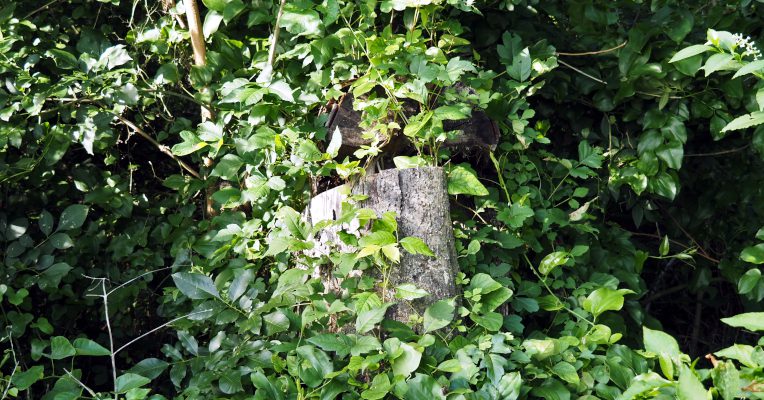 Political magic is inherently difficult. You’re trying to influence judges, law makers, and executives, all of whom are powerful people, most of whom have strong wills. They’re backed by wealthy and powerful donors. And they’re backed by magic, even though most of their supporters would be offended if you called their prayers and rallies “magic.” But that’s what it is.

High-level workings for “justice” and “freedom” are vague and are likely to bring vague results, if they bring any results at all. They are good for raising awareness and for bringing people into the movement, but that also means they’re good for announcing your presence to your enemies.

You give life to what you embody

I know The Handmaid’s Tale is very meaningful to many women, because it speaks to their deepest fears – fears that took another step toward reality last Friday. If identifying with that story helps you cope, so be it. But I find Handmaid’s Tale cosplay to be troubling.

The purpose of Handmaid’s Tale cosplay is to shame regressive politicians into doing the right thing. But 1) they are incapable of shame, and 2) The Handmaid’s Tale is the future they want.

When Grant Morrison wrote the graphic novel series The Invisibles, he based King Mob – his lead character – on himself. In one story arc, King Mob was captured and tortured, both physically and psychologically. Simultaneously, Morrison found his physical and mental health seriously declining, and he faced numerous other problems as well. He realized what was going on and started writing good things for King Mob. Morrison’s life got better.

This is the hypersigil effect. Aidan Wachter wrote about it at length in his book Weaving Fate (which I highly recommend). I’ve used hypersigils before with good success, and I have two going on right now that are helping me continue to move forward despite challenging times.

You give life to what you embody. The stories you tell yourself have a huge impact on your life.

If you want to cosplay someone right now, I suggest Furiosa from Mad Max Fury Road, Arya Stark from Game of Thrones, or my personal favorite, Willow Rosenberg from Buffy the Vampire Slayer. We could use Dark Willow right now. Or a thousand Dark Willows.

Or whoever inspires you to keep fighting for fundamental rights for everyone.

Do what you do best

If these ideas don’t appeal to you, then do what does appeal to you. While I hope we’ll all be on the same team, we don’t all have to do the same things in the same ways. Putting all our eggs in the basket labeled “Supreme Court” turned out to be a bad idea. We need many different people doing many different things to move us closer to the goal of freedom and equality for everyone. 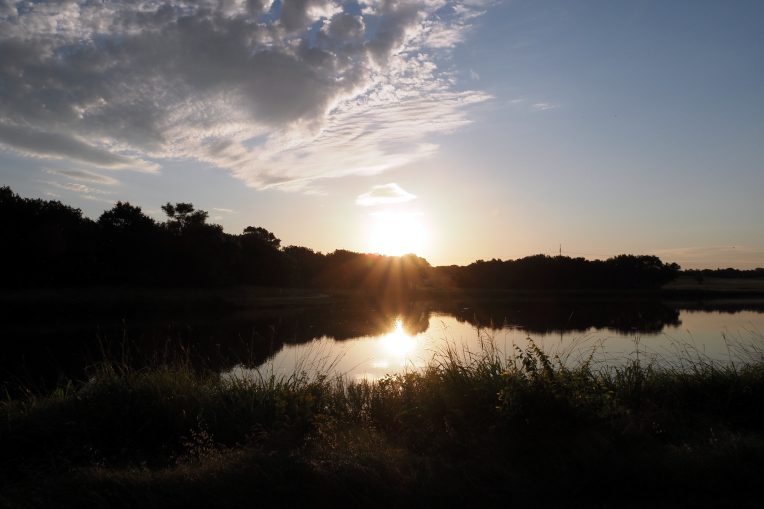 Do not put your trust in law and government

This is perhaps the most important magic you can work.

I’m also a pragmatist who understands that government will always let us down. There will always be someone who feels threatened or offended by equality and who will use what power they have to oppress others. Sometimes they’ll succeed. Like now.

Then we take care of ourselves and each other.

Witchcraft is unauthorized magic. Witchcraft stands outside the bounds of “proper” society. In the words of S.J. Tucker, a witch decides a witch’s fate.

Decide your own fate, regardless of what any court says.

There’s no need to advertise your willingness to take someone camping – and plenty of reason not to do so. There are organizations who already do these things, who have connections and expertise you do not. Find them and support them now, before you or yours need them.

Because others need them today.

Meanwhile, keep working magic. Even if you feel powerless, you are not. So long as you have will, you have power.

June 26, 2022
Religion is Inherently Political and I’ve Chosen a Side
Next Post