Recently I was contacted by someone (who I won’t name to protect their privacy) who feels called to Paganism and who wants to be happy and fulfilled as a Pagan. But they’re struggling to let go of Christianity.

I have direct personal experience with this. I grew up in a fundamentalist Baptist church. I knew at an early age that what I was being taught wasn’t right, but it took a long time for me to understand exactly why it wasn’t right. It took many more years for me to truly exorcise those harmful beliefs from my soul.

I’ve written about my story several times and I don’t want to simply rehash all that. What I want to do instead is to lay out a process that will be helpful to anyone who’s trying to break free from unhealthy religion. 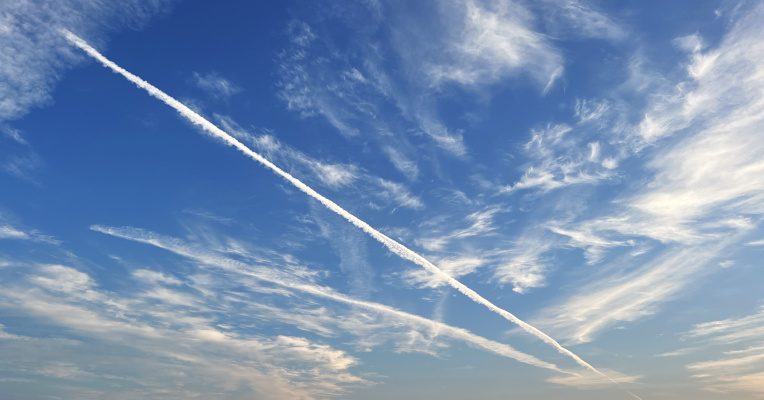 This is the first and most necessary step: get out. Stop the bleeding.

Stop attending Christian services (or the services of whatever religion you’re trying to break free from… but in this country, that’s almost always some form of conservative Christianity). Stop reading their books and websites, stop listening to their radio shows, stop talking to them in person.

Polytheism may be humanity’s default religious position. Left to their own devices, people intuitively recognize divine agency in Nature. They honor their ancestors and they talk to the spirits with whom they share the world.

In contrast, monotheism in general and fundamentalist Christianity in particular require constant reinforcement. That’s why you see dictates against heresy, not just in ancient times but to this very day. Their religion isn’t natural, it isn’t intuitive, and when you stop reinforcing it, it starts to fade.

It takes good religion to crowd out bad religion

Unfortunately, just getting away is rarely enough. The stories we’re told as children stay with us – they become part of who and what we are. Sometimes this is a good thing, as when stories teach us to live good lives and to treat others with respect. But some stories teach that if you do the slightest wrong thing (whether it’s really wrong or not), or if you believe the wrong thing, or if you believe the right thing in the wrong way, you’ll be tortured for all eternity.

And torture happens in this life, as anyone who’s tried to overcome the shame and fear taught by fundamentalism can attest.

Those stories and the hooks they have in your soul will fade, but they won’t go away on their own. They have a way of popping up at times of great stress – and making things worse.

Getting out of a bad religious situation is a good and necessary start, but it’s not enough. The vacuum that creates needs to be filled with something good and helpful.

There are three parts of this process. There’s an intellectual part, there’s a practice part, and there’s an experiential part. 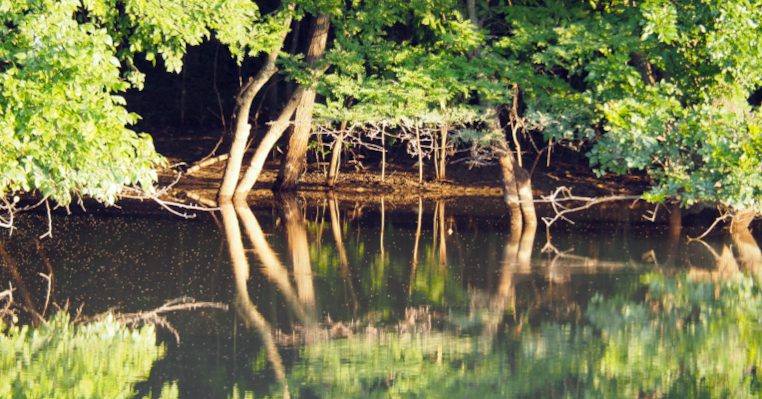 All fundamentalist religions are intellectually dishonest. If nothing else, they’re dishonest because they claim certainty where certainty is not possible. That uncertainty provides the freedom to explore and experiment.

Learn the history of the particular denomination or sect you’re trying to get away from. Not their mythologized history – and definitely not what you were taught in Sunday School. Find real history written by real historians. There’s nothing like discovering how the sausage was made to help you understand that it wasn’t by divine intervention.

And learn the basics of modern Paganism. That’s hard to do, because most Paganism 101 books don’t spend much time building a religious foundation. At the risk of blatant self-promotion, the best book for this is my own book The Path of Paganism: An Experience-Based Guide to Modern Pagan Practice. It builds a case for why Paganism is a reasonable path and why it’s as legitimate a religious choice as any other.

Build a base of practice

The idea that religion is primarily about what you believe – what you think – is a modern, Western, Protestant idea. For most people in most of the world throughout most of history, religion was and is about who you are, whose you are, and especially about what you do.

What do you do that affirms and strengthens your Pagan religion on a regular basis?

Begin a regular spiritual practice. Start with prayer, meditation, and offerings. Need some help getting started? I’ve got a class for that.

Celebrate the Wheel of the Year. Or celebrate the festival calendar of whatever tradition you’re following. Set aside holidays – holy days – the focus on what it means to be Pagan.

And while you’re at it, think about how your new religion applies to the ordinary world. Do you love Nature? Then how can you honor and protect Nature? Do you love the Gods, or at least, one or two of Them? Then find ways to embody Their virtues and to promote Their values in this world.

If you can do these things in community – in a group – so much the better. Religion – from the Latin religare, meaning “to bind together – is what brings us together around our shared beliefs and practices. Besides, most anything is more fun together than by yourself.

I know some people had bad experiences in churches and other religious organizations. That’s reason to be cautious, but it’s no reason to deprive yourself of a supportive Pagan community.

This is the hardest of the three. You control your study and practice – just do it. But religious experiences come in their own time – we cannot command them. And deep, dramatic, life-changing experiences are rare, even for devoted practitioners.

Still, there are things you can do to make such experiences more likely. Build a solid foundation. Do the necessary prep work. Find a conducive environment, especially outdoors and at night. Mostly, be patient and persistent.

You may need an initiation: a formal ceremony to declare your intent to follow your new religion and to break ties with your old religion. In some forms of traditional witchcraft, initiation includes an act of Christian blasphemy – to burn the bridge and make it impossible to go back. I generally find that unnecessary and often unhelpful, as it reinforces Christianity as a norm which must be rejected. I prefer to simply move forward. That said, it is helpful to cross a line: to take an oath to your new God or Gods, or just to your new path.

Ultimately, the authority of any good religion is not found in a book or even in a tradition but in our own first-hand experiences. 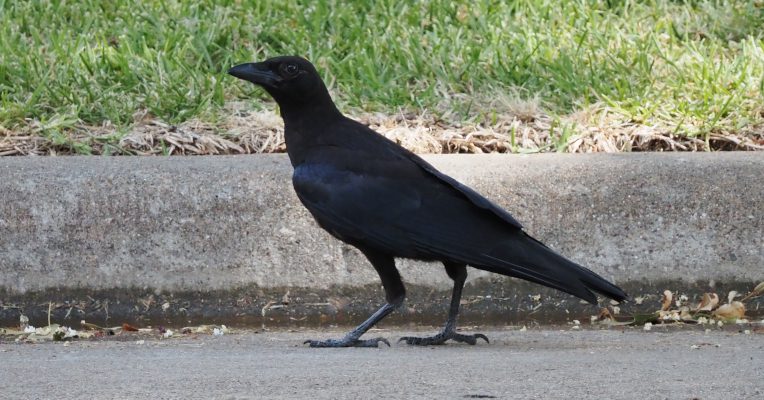 How long does this take? It took me many years… honestly, too many years. If I had been more diligent about pursuing what I really wanted, I would have gotten here a lot sooner.

But at least I never gave up. I never went back to the fundamentalist church. I knew that way led lies and suffering. I tried to be a liberal Christian. That’s valid path and many of my friends and family follow it, but it wasn’t for me. I had to keep moving toward this Pagan path until I found it, committed myself to it, and followed it diligently

Perseverance is a virtue – a virtue that brings considerable benefits.

This journey isn’t easy. It wasn’t easy for me. It’s still not easy, but nothing worthwhile is. But it is rewarding, and fulfilling, and supportive.

And it’s where I belong.

If this is where you belong, I hope you’ll keep moving too. 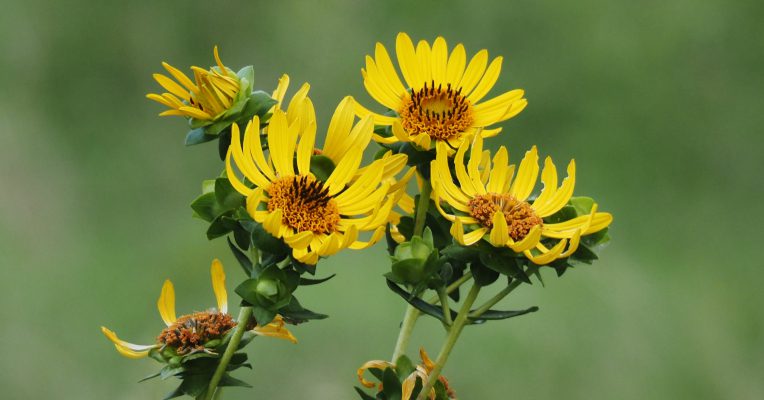 A word to my atheist friends

Some people are able to drop a harmful religion and replace it with a naturalistic, non-theistic religion. Others are able to abandon all religion.

I couldn’t. I’m pretty sure I have a Pagan orientation, a natural predisposition to recognize the multiplicity of the Divine, and to find the Divine in Nature. For all that I rejected the God of fundamentalist Christianity, I never seriously considered atheism – it wasn’t an option for me.

I see some who advise those in harmful religions to “just walk away.” If only it was that simple. If you were able to walk away and never look back and you’re happy where you are, I’m happy for you. But I couldn’t, and neither can those who come to me looking for help in breaking away.

“Just stop believing” is no more helpful than when Christian proselytizers tell you to “just believe.”

A word to my Christian friends

You understand better than I do that there’s a huge difference between inclusive Christianity and the kind of fundamentalist Protestantism or harsh Catholicism that some practice. They give your religion a bad name.

Some people who leave abusive religions need kinder and gentler forms of Christianity. I thank you for providing a home for them. But others are called to a different path entirely. I’m one of them.

And so are many others.

July 6, 2022 In-Between Places: A New Story for These Times
Recent Comments
0 | Leave a Comment
"Not that you asked ME, Dan--LOL--but, fwiw, the word "worship" sticks in my craw, and ..."
Laurie The Gods And Nature
"IMHO: Pagan/Paganism/Paganry has become like "Christianity"— not the fear-based religion of control, but a sort ..."
Kyllein MacKellerann Why I Still Call Myself Pagan
"I feel your pain. I'm 53 and still don't know what I want to do ..."
Laurie Tell Me What To Do
"Merry Meet! I love the whole vibe that Celtic Christianity had going before the Catholic ..."
Harriet Harlow Killing Your Inner Fundamentalist
Browse Our Archives
Related posts from John Beckett