Which God are White Christian Nationalists Praying To?

A couple days ago I got an e-mail from Karen Phillippi, who’s taking one of the Under the Ancient Oaks online classes. Now, I do my best to answer questions from students. But most of the time, those answers are a line or two – a paragraph at most. I started answering this one and before I knew it I had written 1200 words. Apparently I have thoughts on this matter. So I cleaned it up and turned it into a blog post.

[The demon] Astaroth is listed as the ruler of the Americas. When evangelicals pray, and I’m including white nationalists, given their agenda, are they automatically invoking Astaroth?

This is a good question. It’s also a rather complicated question. It has no definitive answer, but contemplating it and suggesting provisional answers can be quite helpful.

What do we know and what can we infer? 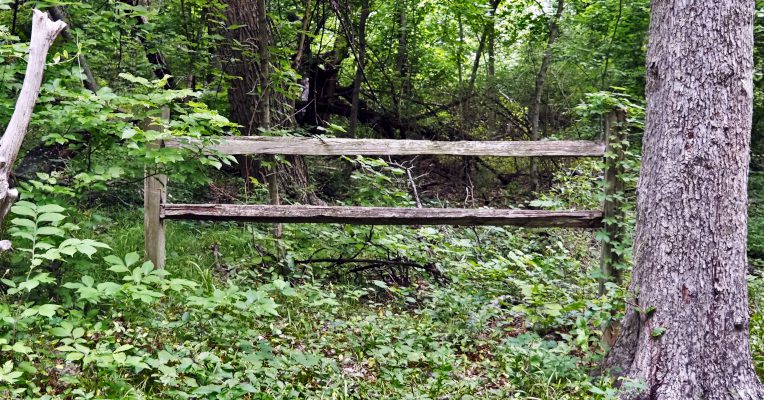 Who are they praying to?

In the interest of fairness, let me start by saying that not all Evangelicals are white Christian nationalists… though the overlap between the two groups is considerable.

The white Christian nationalists aren’t praying to Jesus – that much is obvious. They may use His name, but they use it very much in vain. I saw a meme a short while back that said “conservative Christians love to quote the Bible – except for the words of Jesus.” They ignore the parable of the Good Samaritan, the parable of the Lost Sheep, and the whole concept of teaching with stories. They ignore the Sermon on the Mount and the commandment to love your neighbor as yourself, twisting that into “use political power to force others to live by our moral code” (or rather, the moral code they hold up for others, while they live exactly like they want to live).

Most of the Christian nationalists are praying to a God I’ll call “Yahweh-Paul-Calvin” – the vengeful God of the Old Testament (who is not the God of contemporary Judaism, as many Jewish people have told me. Let’s leave Jews out of this – for the most part they aren’t part of the problem), filtered through the missionary zeal and misogyny of Saul of Tarsus, and presented in the context of the cruelty, patriarchy, and might-makes-right of John Calvin.

All of the United States’ core problems – slavery and its aftermath, environmental desecration, misogyny and sexism, hyper-individualism and disconnection, unrestrained exploitative capitalism – can be traced back to Calvinism. Not that Calvinism is our only problem or even our first problem, but it’s our core philosophical and metaphysical problem.

The multiplicity of the Gods

The multiplicity of the Gods is complicated, but for polytheists it’s a real thing. In ancient times Zeus Olympios was understood and worshipped differently from Zeus Chthonios and Zeus Aetnaeus, and yet all were – and are – Zeus. Syncretism is real: Serapis is the syncretism of Osiris and Apis. His syncretism may have been politically motivated, but He was actively worshipped for 700 years. The many names for “God” in the Old Testament are a clear sign of syncretism – Gods who were understood and worshipped separately were combined (or combined themselves) into one God.

We live in a society dominated by monotheism in general and Protestant Christianity in particular. It’s important that we contemplate these questions on our own terms and not default to the foundational assumptions of those who wiped out our ancestors’ religions, more by coercion and demographics than by honest persuasion. I believe in respecting the right of everyone to self-identify and to describe their religions on their own terms. But that doesn’t mean I have to accept their interpretations for myself. If I’m going to be faithful to my own religion, I can’t. That doesn’t mean I’m going to confront them on the street or go into their spaces telling them they’re wrong. But in my own spaces – including this blog – I’m going to do my best to understand what they’re doing on my terms as a polytheist. 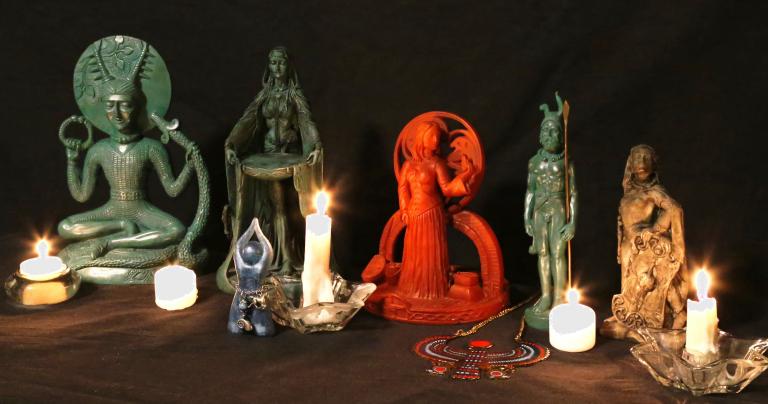 I think assuming white Christian nationalists are praying to Astaroth (or any other demon) plays too much into the dualism of the monotheist worldview. It assumes that if they aren’t worshipping the One God (because He is assumed to be good and they are not) they must be worshipping a demon. That’s too dualistic for me.

I think a better explanation is that they’re praying to a syncretic God whose values are conquest and domination, materialism and literalism, hierarchy and patriarchy, and the rejection of Nature and her goodness and pleasures.

Which is one of the reasons I worship a God of Nature and of wildness, and a Goddess of Sovereignty – among others.

Demons on a spectrum of spirits

If we reject the duality of monotheism, we’re left with the question of where demons fit into a polytheist worldview. Because we find demons – who I’ll loosely define as spirits who are generally antagonistic to humans – in virtually every culture. To say “the Gods of the old religion became the devils of the new religion” is an oversimplification, even though it’s likely true in some cases – Astaroth (whose name has origins in the Goddesses Ishtar and Astarte) being a prime example.

We have to walk a narrow line between taking the world’s many religions at face value and falling into the trap of literalism. If, as I do, we assume that all spirits exist on a spectrum from the simplest and most basic to the strongest and most complex – with Gods being at the far end of that spectrum – then demons can be assumed to be spirits who are less powerful than Gods but more powerful than humans.

It’s important to remember that their stories have been told by their enemies (that’s changing, but that’s another topic for another time, and probably for another writer), but also that our ancestors who warned against dealing with them weren’t fools. Jason Miller’s book Consorting With Spirits is a good, practical, experienced-base guide to why we might want to deal with them, and now we can do so effectively. That said, I have my hands full with my Gods, ancestors, land spirits, and various and sundry Fair Folk (who are not demons, as some Christians have suggested, but who are close to them on the spectrum of spirits). 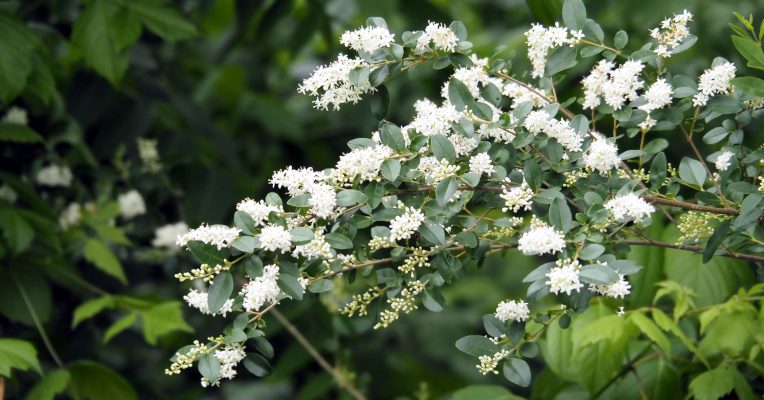 Affirming our own worldview and recognizing our allies

So, what does all this mean for us as Pagans and polytheists?

The first and most important thing is to remember to interpret what we see through a polytheist worldview and to not default to a Christian worldview. We need not and should not tell Christians they’re praying to different God than they think, but we absolutely should understand this in our own spaces and especially in our own personal interpretations.

It’s important for us to pay attention to what we see. Karen’s observation that white Christian nationalists aren’t praying to Jesus is an accurate one. We need to remember that not only are all Christians not the same, they aren’t even praying to the same God – even if they think they are.

It also reminds us that liberal, moderate, and other inclusive Christians are our friends and allies, even if we see the world and the Gods differently. We cannot worship together, but we can work together to build a better world here and now.

There’s a further question behind this question: what conflicts are going on in the world of spirit? We don’t like to think about these things, but the stories of our ancestors – including our Christian ancestors – speak of such conflicts with some regularity. I find such things incredibly interesting, but I have my hands full dealing with the conflicts in this world. Still, I do wonder… 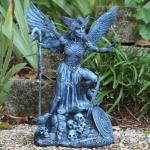 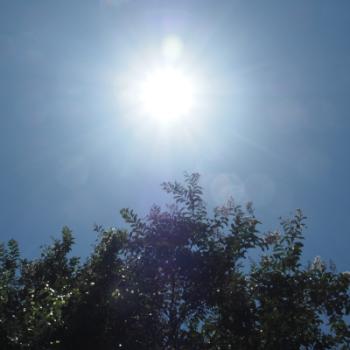 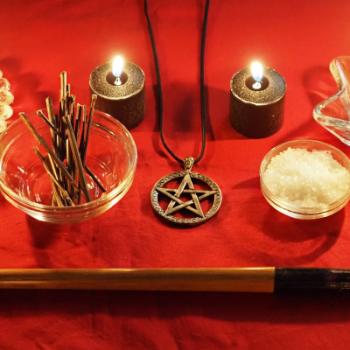 Pagan
As Oppression Increases, So Does Witchcraft
John Beckett
TRENDING AT PATHEOS Pagan