My friend Jay Clark likes to ask questions on Facebook. Most of them are short, open-ended questions that allow for a wide variety of responses. He has a lot of intelligent and articulate friends – the answers are usually entertaining and often enlightening.

Earlier this week he asked “what’s the worst piece of advice you’ve ever been given?”

Where do I begin? Not on Facebook – I’ve got too much to say for social media. 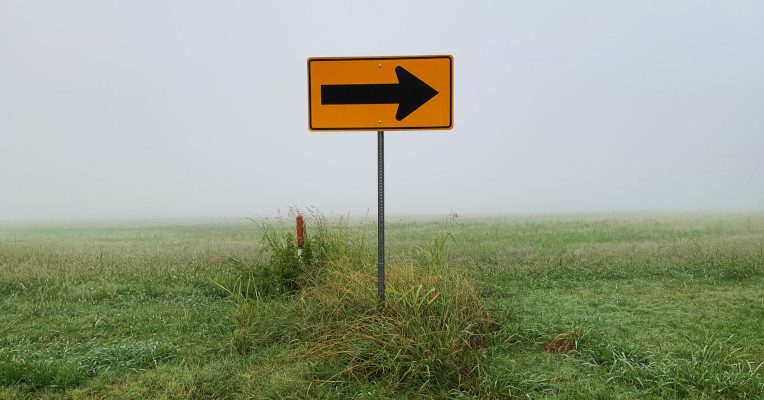 I listen to everybody. If someone tells me I should do something, I’ll consider it. But I always ask myself “does this make sense?” “Is this outdated?” And perhaps most importantly “will this help me or will it manipulate me for someone else’s benefit?”

I’ll take good ideas where ever I can get them. I try to learn from other people’s mistakes and not just my own. But I don’t take advice. I’ve never taken advice, at least not directly, even though people try to give it to me.

This is the worst advice I’ve received over the course of my life.

“You have to pay your dues”

I had been out of college for about five years – I was an Engineer II in my then-current job and I was getting bored. I started looking for a new job and had an interview with a large automotive supplier in a location that wouldn’t require me to move. It was another Engineer II position – what I really wanted was a way to move up faster.

The interview went fairly well, until I asked the guy who would be my boss about opportunities for advancement. It’s been over 30 years, but I still remember his response: “well, you have to pay your dues.” He made it clear he wasn’t concerned with my development or with my potential to benefit the company down the road. He just wanted someone to do this job and not bother him about anything more.

I got an offer – it was a nice raise from what I was making where I was. I turned it down. I thought it was the right decision then and I still do today.

You have to master your craft, whatever it is. Opportunities come in their own time, and in some fields they come a lot less frequently than in others – persistence matters. But “time in grade” means nothing by itself, and those who tell you it does are usually trying to hold you back for their own benefit. 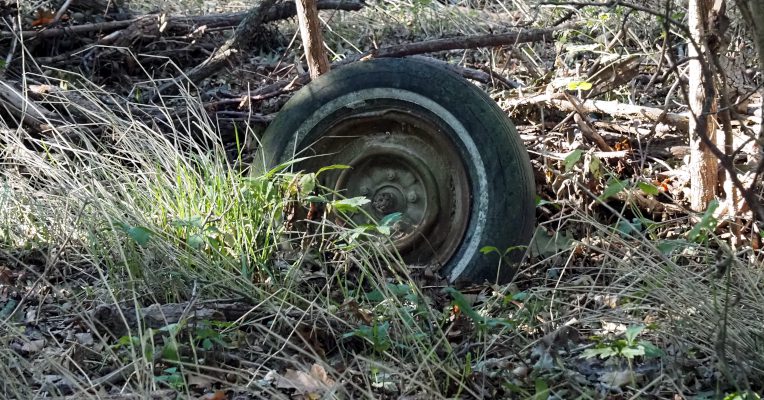 “Always do more than what’s required”

My father was big on this. He genuinely believed it helped people get ahead. He did that in his own job. It made people like him (though that was probably more due to his out-going personality, something I most definitely didn’t inherit from him), but he never moved beyond a first-line supervisory position.

I don’t know when it’s ever worked. When I started my professional career I had some co-workers who were old men from the Silent Generation. Now I’m the old man and I’m working with Millennials and Zoomers. In all cases, they’ve had to meet requirements of the job. But beyond that, doing more has made very little difference.

And I make sure I give adequate service.

But beyond that, doing more than what’s required doesn’t make much difference.

Like it or not, cars are a necessity in the vast majority of North America. They’re also how too many people try to express who they are and who they want you to think they are. That’s another rant for another time.

The so-called car buying experts have always recommended buying the base model of a bigger car over the high-end version of the smaller car. They say bigger cars hold their value better. Maybe that’s true. But I don’t want to drive a bigger car. I want something that’s big enough for my needs. Anything bigger is harder to drive, harder to park, and uses more gas.

Besides, I like nicer versions of smaller cars. For all the time and money we spend on cars, we might as well get something we like.

Under no circumstances should you buy more than you can afford. Make sure you get something that meets your needs – neither too small or nor too large. Within those parameters, get the best car you can, based on what you want. 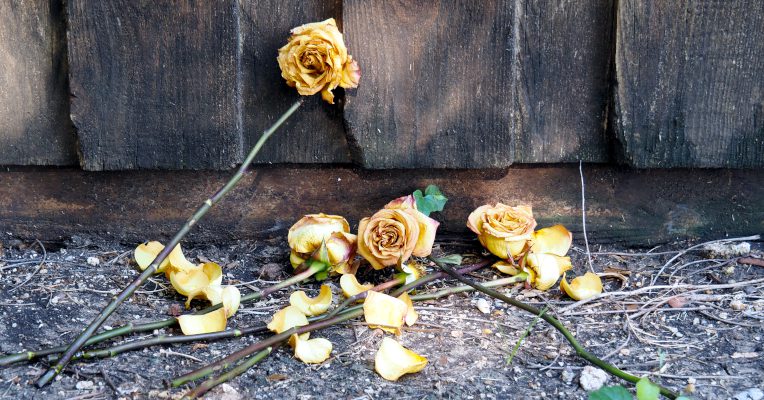 This is simply not true.

All jobs require work. All jobs have things that have to be done that are unpleasant, inconvenient, or just plain hard. Perhaps if you have enough family money you can structure your life so you’re always doing things you really want to do. But for the rest of us – and for anyone who wants to accomplish anything in any field – you’re going to have to work.

Try to turn your hobby into your source of income and you’ll turn it into a source of stress.

Last year I wrote a faux graduation speech titled How You Make a Living and How You Make a Life are Two Different Things. Figure out how much money you need to live the way you want to live. Find a way to generate that much income that’s tolerable to you – and a way that leaves you enough time and energy to do the things you really love.

Do great things, but also have a way to pay the rent.

Also known as “blood is thicker than water” and “family is family no matter what.”

Families can be wonderful things, nurturing the young, supporting the old, and creating memorable experiences along the way.

Families can also be horrible things, abusing the young, abandoning the old, and creating torturous experiences along the way.

And the same family can be both.

I’ve been blessed with a mostly-good, mostly-supportive family. I would not be where I am without them – particularly in my childhood – and I’m thankful for them. But from an early age I knew I didn’t completely belong. I needed to go places and do things that they couldn’t, or wouldn’t. And so I have. 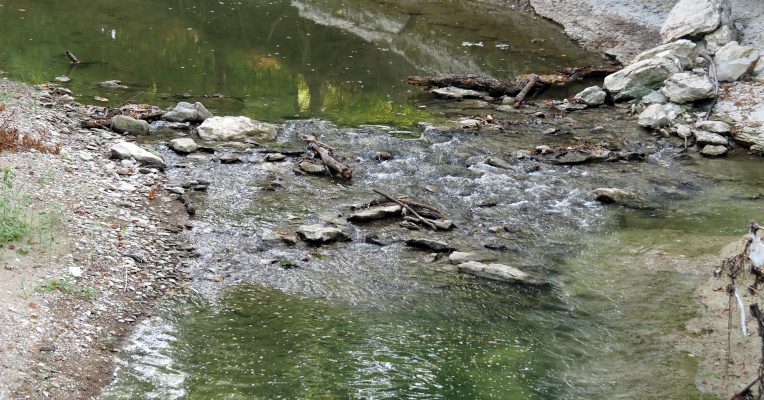 “You can do anything if you want it badly enough”

This is another piece of advice that I find offensive because it’s not true.

As a kid, I wanted to be a baseball player. Only problem was, I wasn’t very good at baseball. And it wasn’t just a lack of practice. I didn’t have the size, strength, or speed to become a good player. No amount of “wanting it” was ever going to propel me to being a serviceable high school player, much less a professional.

It’s good to tell little kids “you can be anything you want.” They need to try on a lot of different things with no expectations. Over time, most will gravitate toward things they like and things they’re good at. Let them discover that organically.

But it’s not good to tell adults the same thing. “Wanting it” isn’t going to compensate for a lack of natural ability.

And it’s not going to compensate for a lack of socio-economic opportunities. “If you wanted it bad enough you’d work harder” is no substitute for building a world that’s fair and just for all.

The last piece of bad advice often leads to this one.

Now, perseverance is a virtue. If half of life is just showing up, the other half is sticking with stuff long enough for it to pay off. People who have a history of starting and never finishing raise a serious red flag for me.

The trick is to know when to keep pushing through and when it’s time to change course and try something else.

If you’re in an abusive situation, quit. If you’re in a bad job, quit (though you may want to find a new job first). If you’re spending tons of time on something that’s never going to work out (see my baseball dreams above), quit.

The sooner you recognize that what you’re doing isn’t going to work, the sooner you can move on to something that has a better chance of working.

“Learn to be happy with what you have”

My parents grew up in the Great Depression, which was followed by World War II. There were times when they didn’t have what they needed, much less what they wanted. I’ve never known that level of poverty – for which I am thankful. I’ve always understood that resources are limited and desires are unlimited.

I would rework that piece of advice into something that is helpful… two somethings, actually.

The first is “enjoy what you have even if it’s not everything you want.” I have a coworker with a sign in his office that says “all or nothing.” That’s a recipe for continuous misery. Hamburger isn’t as good as prime rib, but hamburger can still be pretty good. Life is a journey and it’s better if we enjoy what we can along the way.

The second and most important is “learn to be happy with what makes you happy.” This was hard for me to learn. I thought I had to be rich and powerful to be happy. Turns out what makes me happy is having enough, and also enough time to devote to my spiritual work. Accepting that you want what you want and not what everybody tells you you’re supposed to want is a difficult but important lesson. 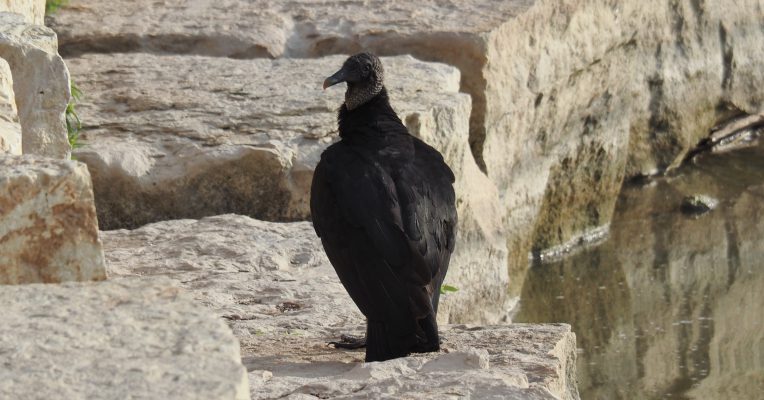 This is the bad advice that’s stuck with me. After writing this post, I realized I’ve been given far worse advice at various times (like “you need to have another drink” when I had to drive home in about 15 minutes). I just can’t remember any of it, because it was so bad I dismissed it before it had a chance to sink in. This bad advice looks good on some levels… which makes it all the more dangerous.

August 15, 2022
All Are Worthy and the Gods Are For Everyone
Next Post 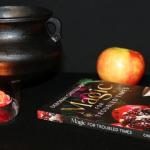