There are many ways to learn magic and witchcraft. You can read books and teach yourself. You can join a coven and learn their system. You can summon spirits and persuade them to teach you (though that method assumes a certain initial skill level). Or you can apprentice under an experienced witch.

Each method has its strengths and weaknesses. One of the advantages of the apprenticeship model is all the informal conversations that take place. There is great value in the stories a teaching witch will tell you about her life and her magic: what should have worked but didn’t, what worked even though it shouldn’t have, and what worked but in a way that made it more trouble than it was worth. Apprentice with an experienced witch and you don’t just get her knowledge, you get her wisdom too.

Deborah Castellano’s new book Magic For Troubled Times is probably the closest thing you can get to apprenticing under an experienced witch without actually going to the witch’s cottage and stirring her cauldron while she explains the spells you’re helping her cast. 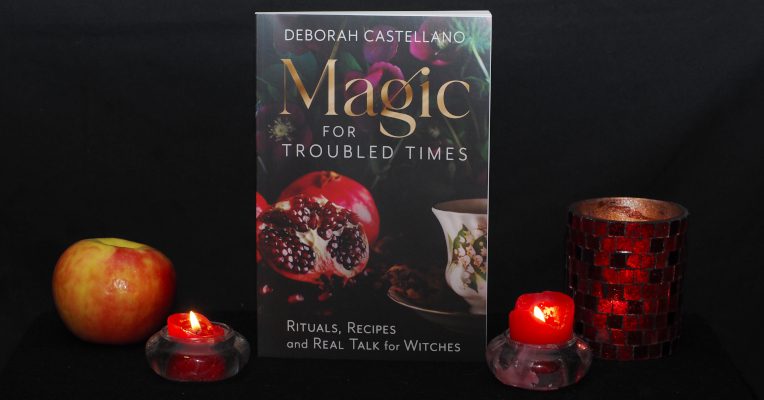 At the beginning of the Covid-19 pandemic, a local friend recommended keeping a plague diary. Deborah Castellano was thinking along the same lines and began writing what she thought would be a chapbook of her experiences and practices. But as so often happens, the book took on a life of its own. The finished product is what the subtitle says: rituals, recipes, and real talk.

Truth about magic and about life

Magic For Troubled Times begins with a statement of truth:

Whether it’s fear of a future misfortune, the remembered pain of a long past wound, or the current open wounds you are attempting to heal, you are here to work through difficulty.

For all that life is beautiful and magical and good, it’s also hard and painful and sorrowful. Every year Spring brings new flowers. It also brings tornadoes.

How do we deal with the worst pandemic in a century?

How does a witch – someone skilled in magic – deal with the worst pandemic in a century?

Consciously, intentionally, and with the determination to do what must be done.

Magic is just high-level arts and crafts projects if you don’t have the grit and determination to really change your life.

Magic For Troubled Times begins with a chapter on roots, followed by a chapter on grounding, and then a chapter on sustenance. That strikes me as a wise and practical approach. Then come two chapters on healing.

“Healing” is one of the most abused words in contemporary spirituality. It’s often thrown around by people of great privilege who are trying to find ways to exempt themselves from the painful realities of life. And yet, who among is us not wounded? Who hasn’t been harmed by the pandemic, either medically, socially, financially, or emotionally – or all of the above? Either we care for our wounds or we allow them to fester and cause even more problems.

The spells and rituals in this book will not make everything better. Nothing makes everything better. But they will help you stop the (metaphorical) bleeding and begin the process of getting better, so you can get on with living your life the way you want to live it. As Deborah says in the beginning of the book:

This isn’t going to be a journey – this is going to be a process. A journey sounds like fun, a journey sounds optional … A process is something you need to work on; it’s not very optional, it’s often not terribly fun, and it requires shadow work, which is enjoyably gothic to imagine but usually more about you staring at the ceiling at 3 a.m. wondering how you got here (and how you get out). 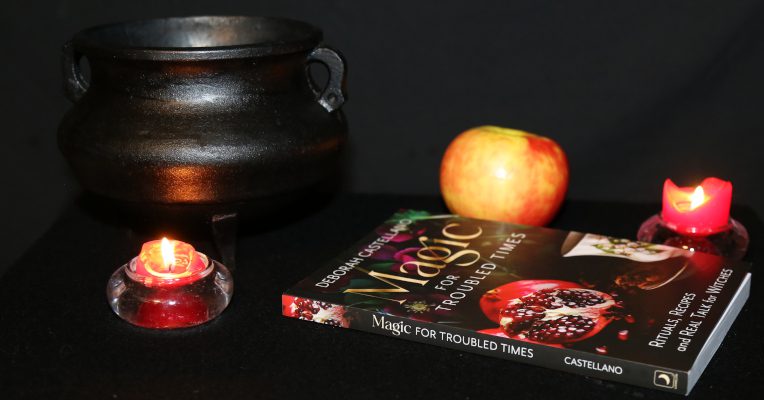 We don’t do witchcraft to get what we deserve

Later chapters offer solid suggestions for the kind of spiritual work that builds a strong foundation for practice and for life: offerings, ancestor work, and protection magic. It has one of the most down-to-earth chapters on money magic I’ve seen. Not the kind of money magic that’s going to bring you a winning lottery ticket (good luck with that) but the kind of magic that makes sure you can pay your rent on time… or that helps you build the kind of life where you don’t worry about paying the rent anymore.

We don’t do witchcraft to be given our tiny appropriate portion of what we deserve, we do it to get what we actually want.

What do you actually want?

If you really need to hex someone

I sometimes criticize witchcraft authors and especially “influencers” for presenting sterilized “love and light” and calling it witchcraft. Witchcraft is dangerous. Witchcraft is unauthorized magic. People are afraid of witchcraft – and they should be.

The final chapter on hexing is the one where I most imagine readers sitting around Deborah’s kitchen table, listening to her talk – from personal experience – about why they probably don’t want to hex the people who’ve annoyed them, offended them, harmed them. After all, hexing is dirty business. But then, being a witch and not someone wound up in toxic positivity, Deborah tells them “but if you really need to hex them, here’s how to do it right.”

A witch decides a witch’s fate.

Not just a “Covid book”

Magic For Troubled Times began as the pandemic started hitting North America in early 2020. It was finished at Walpurgisnacht 2021, when the vaccines were starting to become available to most people. It tells the story of one person’s journey through “these interesting times.” Deborah says she fears it won’t be as “evergreen” as an author – and as a publisher – would like.

I wish that was true.

We are living in Tower Time, and Tower Time will not be over any time soon. I don’t know what unpleasantness is coming next or how bad it will be. I’m not sure our Gods know what’s coming next.

I just know that the rituals, recipes, and real talk in Magic For Troubled Times will be helpful as we deal with comes next, whatever it happens to be. 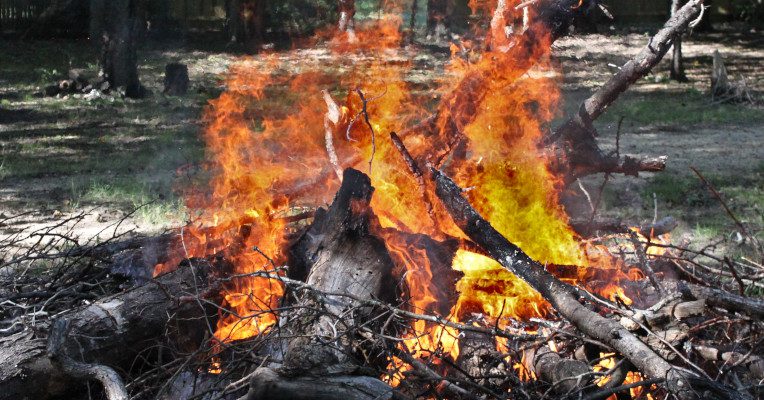 Magic For Troubled Times has no prerequisites. It could be the first book you read on magic and witchcraft, though that’s not its intended audience. It’s more suited for people who’ve read a book or three and have been practicing for… a while. Maybe a short while, maybe a long while. It will be very helpful for those who are just starting out and need some practical advice from a witch who’s been there and done that.

But it will also be helpful for those who’ve been practicing for some time and could use a reminder of what magic and witchcraft will do for you, if you’ll just do the work and trust the process.

You know, the kind of encouragement you’d get sipping on a cup of tea in the cottage of your favorite witch. 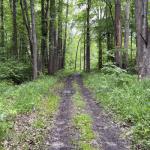 August 28, 2022 Discipline, Discernment, and Blogging Schedules
Recent Comments
0 | Leave a Comment
"Yes!!! So glad I am not the only one that thinks this!! LOVED this show, ..."
Erin McGuire Wednesday
"Thank you for this. I did not know about "Wednesday" and reactivated my Netflix account ..."
OrderInTheQuartz Wednesday
"Glad to hear a review from you. I keep hearing nonsense from people who just ..."
MadGastronomer Wednesday
"Yes, the "who is considered a Witch" question can lead to some real heated debates. ..."
Amanda Ingalls Who is Really a Witch?
Browse Our Archives
Related posts from John Beckett