Paganism in a Post-Christian World

Last week I came across a speech from last October by Anthony Fisher, the Catholic Archbishop of Sydney, Australia. It’s titled The West: Post- or Pre-Christian? As things like this by people like this go, it’s fairly typical: a lament over Christianity’s declining numbers and loss of cultural domination, a call for the “purification” of the Church, and assurances that a return to tradition will bring good things for committed Christians, if not for the world as a whole.

As conservative Christians often do, Fisher compares the contemporary West to the late Roman Empire, and not in a good way. In doing so, he ignores the fact that the Anglo-American empire – of which Australia is a part – is merely the most recent incarnation of Rome. We’re just more efficient with our exploitation and our brutality is more sanitized – most of the time, anyway.

His observation that the ancient Romans worshipped both personal deities (more like family Gods and spirits, but that’s close enough for an Archbishop) and public deities ignores the fact that that’s how religion works in a polytheist society. He complains about contemporary Westerners who do the same thing, saying “worshipping private gods … does not bring the fulfillment, communion, and transcendence people crave.”

I know more than a few contemporary polytheists who would disagree with that statement. I’m one of them. 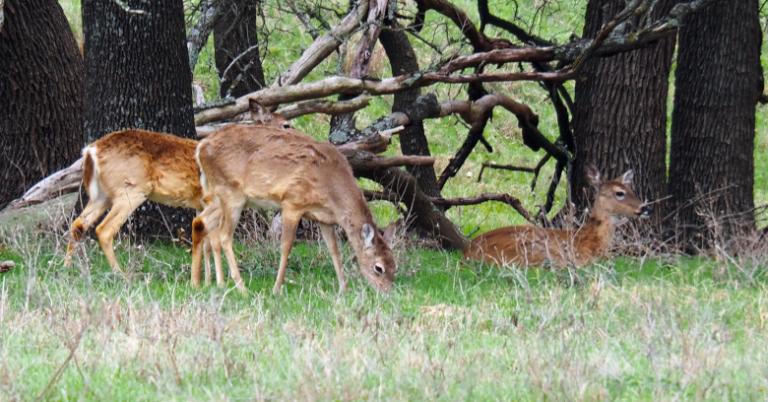 And yet, I share Archbishop Fisher’s concern over religion becoming a private, individual thing. Our English word “religion” comes to us from the Latin religare meaning “to bind together.” Religion is our collective wisdom as to how we form and maintain relationships with our Gods, our ancestors, Nature and the spirits of Nature, and our fellow humans.

Christianity has been in decline for 500 years and in steep decline for the past 60. I had high hopes that many of those who are leaving would become Pagans. That’s not happening. Those who are leaving are – for the most part – becoming “unaffiliated.” They retain some generic religious beliefs and practices – they aren’t becoming atheists – but they aren’t part of any congregation or movement, Christian or otherwise.

Still, some of them may find their way to Paganism, if not as part of a deliberate search, then by following their natural religious instincts. Paganism is an organic religion, flowing not from the revelation of a prophet but from the lived experiences of human existence. Unlike what Archbishop Fisher wrongly concludes, Paganism is a meaningful and helpful choice in a post-Christian world.

To ward off any pedantic nitpicking, let me begin by stating what regular readers know well: there is no one Pagan religion. There are many religions and spiritualities in the Big Tent of Paganism. I write from my own perspective and do not claim to speak for all Pagans. Still, what follows is generally true of most Pagans and most modern Pagan traditions.

As Pagans, we may argue about what properly constitutes Wicca or Druidry or Heathenry, but this is about the boundaries of individual traditions, not about Absolute Truth. Pagans understand that even if such a thing exists, we have no way to know what it is.

We understand that not every religion is a good religion. Religions that are coercive and filled with hate are unworthy of our tolerance. If you believe marriage is between one man and one woman, fine – no one is forcing you to marry someone of the same gender. Just don’t try to invalidate marriages of same sex couples. 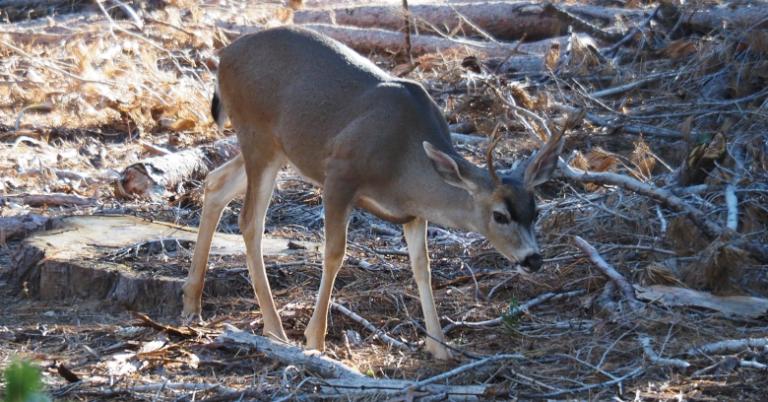 Modern Paganism has plenty of experience with individual practice

The esoteric orders of the late 19th and early 20th century are the ancestors of today’s Pagans. While they studied and practiced in groups, their primary focus was on individual learning and growth. Wicca began in covens, but demand for initiation soon exceeded available initiators, so Raymond Buckland wrote The Complete Book of Saxon Witchcraft in 1974 and validated the idea of the solitary practitioner. Today, there are more solitary practitioners than group practitioners.

Pagans have adapted to online study and practice, before, during, and after Covid. I love teaching in front of a live audience at Pagan conferences, but my classes are online and on demand.

I’ve greatly benefitted from group practice: in Denton CUUPS, in OBOD, in ADF, and in small private workings. But the core of my practice remains my daily, weekly, and seasonal prayers, meditations, and offerings – things I do alone.

I need group practice and I recommend it to everyone. But some don’t want it. For them Paganism has plenty of ways to practice on your own.

Paganism keeps us connected to Nature and the natural world

Humans weren’t placed on the Earth. We grew out of the Earth – the Earth is our Mother and our home. For most of our 200,000 year existence, we lived very close to the Earth. Then we began living in cities, and then in industrial societies, and now in a semi-virtual world. We are disconnected from our Source and we feel it.

Our Pagan practices help reconnect us to Nature. We follow the sun and the seasons it creates. We follow the waxing and waning of the moon. And we honor and care for the Earth.

Contrary to what some well-meaning people claim, humans are not destroying the Earth – we couldn’t do that if we tried. But we are driving countless species to extinction, and we are making the Earth inhospitable to humans – especially those in poorer and more vulnerable countries. When we honor and care for the Earth, we help insure our descendants will have a home in the future. 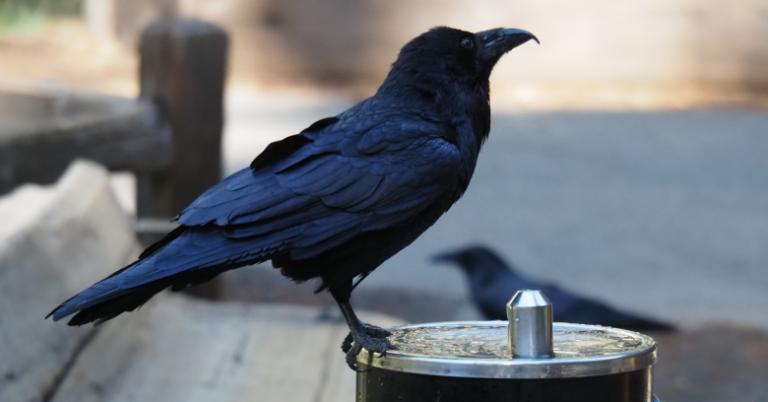 Paganism accepts those who just want to celebrate the seasons

I’ve been around churches and other religious institutions all my life. I’ve spent the last 14 years writing about religion. Let’s face it: I’m a religion geek. And in all those years of being around religion and religious people, something’s been very obvious: religious zeal varies widely from person to person.

Some attend every service and spend time at home in study and prayer. For others it’s a mostly-regular thing. And then there are the Christmas and Easter Christians – Beltane and Samhain Pagans are a thing too.

You only get out of it what you put into it, but for some people, that’s enough. And that’s OK. It’s not enough for me, but if that’s enough for you, that’s fine – we’ll see you when we see you.

Paganism can be practiced at the deepest of levels

But for those of us who want more, who are called to more, Paganism offers much more.

We require no mediation. Priests can make introductions and facilitate experiences, but what matters most is your experience of the God or Gods who call to you.

I’ve experienced Cernunnos and the Morrigan in ecstatic communion, something so intense it left no doubt in my mind that They are real and They are Gods. Through these experiences, and through working to embody Their virtues and to spread Their values, I have found meaning beyond anything I’ve experienced in the mundane world. I’m a part of something bigger than myself.

There is magic. There is spiritual development. For those who are more this-world oriented, there is service and advocacy.

There are just as many ways to practice deeply as there are people and Gods. 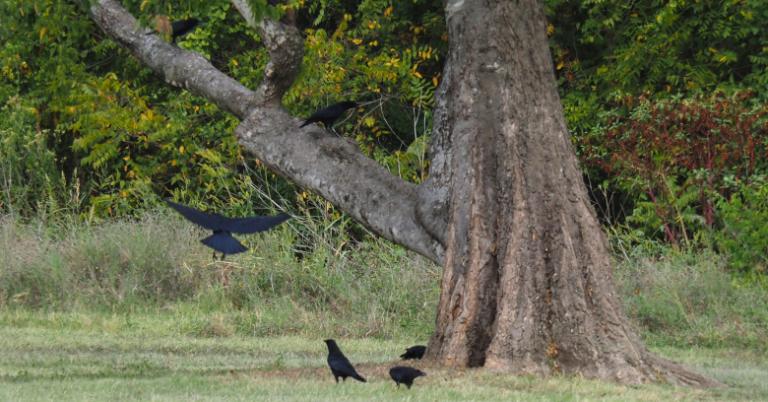 Our place in the post-Christian world

Paganism is very well-suited for the post-Christian world. That doesn’t mean Paganism will replace Christianity. That’s not happening, and there’s no indication it will happen.

And so we so what we’re called to do as best we can. We’re building a religion – many religions – for those who want it, not for everyone.

We build a robust spiritual practice, to stay connected to our Source.

We share our successes – and our failures – to help each other learn and grow.

We write books, make music, and create works of art – because we can’t imagine doing anything else.

And we’re here for those who are interested in what we do, to help them get off to a good start, whether their path ends up being solitary, in group practice, or a little of both. 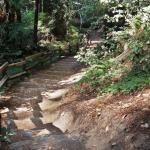 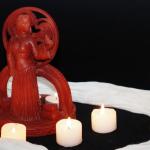