My Sordid Affair With Fibber McGee 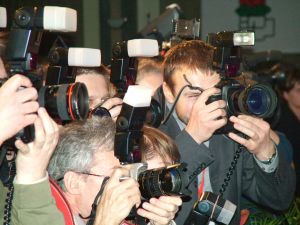 Friends, family members, people I don’t know all that well, my wife’s lawyer, members of the web press, Geraldo, and Tiger Woods back there hiding behind an issue of Clubbin’ magazine:

Recently, allegations have surfaced that for the last six months I have been having an extramarital affair with Fibber McGee, a waitress at Gutter Shots, the cocktail lounge inside the bowling alley where I bowl with my team, Balls of Fury.

I want to take this opportunity to say that none of the rumors that are about to surface about my relationship with Fibber McGee are true, with the slight exception of the parts that are. It is my desire to leave you a little bit fuzzy about which parts are which.

What is true—and what I candidly admitted once my wife and her lawyer provided photographic evidence—is that I met Fibber McGee six months ago. It was a night that would change my life and bank account forever.

What first impressed me about Fibber was the way she could shoot liquid out of the space where her front tooth used to be. Late one night, after a tough match between Balls of Fury and our arch league rivals, Balls of Fire—which I’m proud to say we won—my teammates and I were sitting around the scoring table, celebrating our victory by drinking, doing dares having to do with our lane’s warm air hand dryer, and trying on each other’s bowling shoes. It was on that fateful night, after Gutter Shots had closed, that Fibber McGee approached us.

“Well, ain’t you guys the nerd’s turds?” she said. Fibber right away bowled me over, as we in the game put it. I have always had a thing for cocktail waitresses, who are kind of like nurses, but with beer. But there was more to this woman than meets the eye right away. She proved this when, without waiting for a response from any of us, she grinned a big grin, and then shot out from where her front tooth used to be a stream of Mountain Dew that arched about ten feet through the air before hitting me squarely in the eye. She blinded me in more ways than one.

While it is true that I saw Fibber McGee after that night, it is not true that I helped her renovate her trailer home. I put a little duct tape around her windows, and that was it. There wasn’t much more you could do to that place. I also did not sit around with her in her trailer at night, acting out parts of her favorite book, Mein Kampf. I absolutely deny any and all allegations that I enjoy acting. I don’t. I would also like to go on record as being completely, one hundred percent against Adolph Hitler, who I now also believe did not autograph Fibber’s copy of his stupid, boring book. While I know that it is true that Fibber McGee belongs to the Aryan Nation, I swear that I myself always thought that Aryan was the name of a line of hair care products. I even once ordered a bottle of Aryan conditioner. When I opened the box, I knew that something was terribly wrong.

I am not trying to hide anything I’ve done that you already know about. I’ve let down my wife, my family, my friends, and every one of my Balls of Fury teammates, except Driller, who’s an idiot. I am now going to do everything in my power to make right what I’ve done wrong. To that end, let me say this to Fibber McGee, if she’s watching: Fibber, it’s over. I am no longer going to see you. I’m not going to re-tape your windows, oil your lawn furniture, or pay for the second half of your “White is Right” tattoo. You’ve had “ite is Rig” on your neck for some two years now, and it’s just gonna have to stay that way, until you find someone else to pay Mad Dog or Blinky. But that someone won’t be me.

And to my wife, if she’s out there listening: Please, honey, come back home. I miss you. I heard from Burpy that you bought yourself a gun. He said he saw you taking target practice and everything. I sure hope that’s not true, baby. But if it is, I want you to know that it’s perfectly okay with me if you don’t come home. I’ve seen you mad before. I don’t want the last thing that I ever see to be you mad and armed. I hope we can talk this out. Please come back without a weapon. If you return to me, I promise that I will never, in a million years, tell you one more fib.

March 25, 2010 Four sure and easy ways to deepen your relationship with God
Recent Comments
9 Comments | Leave a Comment
Browse Our Archives
get the latest from
John Shore
Sign up for our newsletter
POPULAR AT PATHEOS Progressive Christian
1 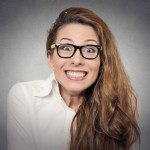 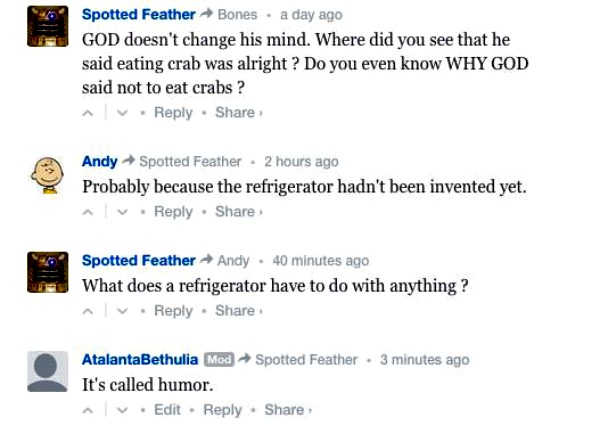