Secretly Gay-Affirming Pastors: You Are Not Alone

Secretly Gay-Affirming Pastors: You Are Not Alone September 5, 2011 John Shore 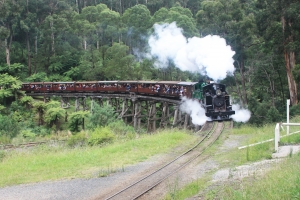 Yesterday I received this email (which I use here by permission):

Hi. My name is [deleted]. I am nearly 48-years-old, and am married with two grown children. I am also a Methodist minister in Belfast, Northern Ireland. I have come to believe that I live in a black hole which is unknown to other Christians.

We here in Northern Ireland are usually about ten years behind the U.S. in dealing with issues—well, we are actually about 500 years behind the rest of the world. (If you think the Bible Belt in America is ground zero for fundamentalist Christianity, you should grow up here. We’ve been killing each other for centuries over points of doctrine. We’re still fighting the battles of the Reformation!) So the whole homosexual argument in the church is only getting started here. But believe me, we are a hang-them-high lot in this corner of the world.

Just recently a young woman who was just a teenager at my last church, and who liked to hang around with me, has come out as being gay and is in a relationship with another woman. Her mother (a Christian) has thrown her out and has nothing to do with her, and the church just doesn’t want to know her. Yet all she has done is love another human being.

I directed her to your website. At least now she knows that she is still loved by God. So thank you for shining some much needed light into a country that seems to enjoy walking in darkness.

I have tried reaching out through the Internet to Christians who think and feel as I do. You have no idea how many emails I have sent to people online who offered me a different Christianity to the hate-filled Christianity I have grown up with. But none of them has ever answered me back. Not one.

I read your blog, and it reminds me of the Jesus I fell in love with. But here I am—a woman who agrees with everything you say, and loves the Jesus that you talk about. But I know that if I was to stand up on Sunday morning, and say what I truly believe, there is not one single congregation in the whole of Ireland who would accept what I say.

What do I do, John? I have two daughters at university. I have so many debts because of years of being paid such meager wages. How cowardly am I in comparison to the early martyrs and even you? I despair of myself. I truly despise everything my church wants me to love.

I’m sending this with zero expectations of a reply. I’m just so tired of pretending. And what you say is so true. I feel so alone, and so cowardly. That’s how I feel.

I don’t think this kind woman is a coward. Being a pastor is, after all, a job, and part of that job entails not alienating the very people who look to you for spiritual guidance. If our Irish pastor friend was to preach her true feelings on homosexuality, she’d summarily become unemployed. Her two girls would have to drop out of college. Her whole life would fall apart. And she would lose the power she now possesses to bring about the kind of change she desires.

Better she should continue in office, do her congregants the kind of good she certainly does, and trust that, when the time comes, she will be able to engage members of her church on the gay issue in ways that are natural, productive and healthy. She should of course keep a vigilant watch for such opportunities, and do all she can to create them herself. Her church isn’t that backwards: if it was, she wouldn’t be a minister there at all.

And it seems to me a safe bet that if she feels the way she does about homosexuality, so do others in her church. I think she might be surprised at how far she can push the gay envelope without it tearing. She is, after all, the leader of her church. People listen to her. She is certainly free to raise for discussion in her church the question of the proper relationship between Christianity and homosexuality, if for no other reason than that all the rest of Christendom is now discussing that very topic. Why shouldn’t her church too?

And then through the ensuing discussions she can at the very least show people that she personally is sensitive to the nuances of the issue, that she’s troubled by the harm being done gay and lesbian people by those who seem incapable of showing for them anything but disdain, that she wants to consider this matter prayerfully, compassionately, and honestly. No one will fault her for that. She’s a pastor. That’s what pastors are expected to do.

She can move the rudder of the ship of her church an imperceptible shade. That’s all it takes for a traveling ship to change its course.

What she certainly must do is show her young lesbian friend absolute love and acceptance. That’s a personal matter, not subject to the judgment and opinions of others. She must communicate to this hurting young woman, in no uncertain terms, that anyone—her mother included—who responds to her brave revelation by shunning her in the name of the Lord has simply and severely misconstrued the truth and purpose of Christ’s message. She mustn’t fail to let this young woman know that while some people might disapprove of who and how she is, God does not. If she feels the girl is mature enough to handle it, she should confide in her about her own struggles in getting her church to move toward a fuller understanding of Christs’ love. Why not extend this trust? The girl is unlikely to betray her confidence; the pastor will have instantly engendered in her too much loyalty for that. The girl will know that the pastor has, perhaps literally, saved her life. The pastor will become this young woman’s hero, forever.

If you are a faith leader who is no longer comfortable preaching or pretending to support the traditional Christian view of homosexuality, the first thing you should know is that you are most certainly not alone. Christianity really is in the middle of a second Reformation. And just like it did the first time around, that means that an awful lot of people, at every level among the practicing faithful, are right now harboring a great many thoughts and doubts which they don’t yet feel comfortable sharing with their brethren. But that is changing.

I recently met with another pastor who was struggling to commit to full acceptance of LGBT people. I said to him, “It’s like hearing a train whistle off in the distance. And then you hear the whistle again, and it’s louder. And the next time you hear it, it’s even louder. Well, at that point you don’t have to wonder whether or not a train is coming your way. It is. Why not start preparing to get on board?”

In what history will remember as an astoundingly short period of time from now (go, Internet, go!), the vast majority of Christians will believe that being gay is no more a sin than is being red-headed or left-handed. That train is coming; nothing can stop it.

Some people are going to get hit by this train. Some are going to watch in dumb wonderment as it roars by them. Some will try to stop it by hurling Bibles at it.

Most, as it approaches, will hear the great conductor Jesus calling to them, “All aboard!”

September 2, 2011
But Who'll School the Fool Buell?
Next Post

September 7, 2011 The Frost and Freedom of Death
Recent Comments
102 Comments | Leave a Comment
Browse Our Archives
get the latest from
John Shore
Sign up for our newsletter
POPULAR AT PATHEOS Progressive Christian
1