She is not responsible for her husband’s suicide

She is not responsible for her husband’s suicide November 6, 2011 John Shore 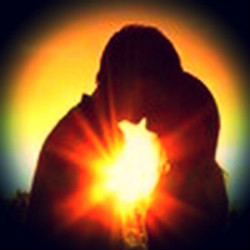 I received this morning the following heartbreaking letter from a woman named Erin:

What happens when you do something that you can’t get forgiveness for?

My husband committed suicide three years, four months, and 14 days ago. He needed me, and I wasn’t there. I was too wounded; I was masking it; I pushed him away—and he couldn’t hold on. I left him at the precise moment he needed me the most.

He is gone, forever gone. I’ll never see him; we’ll never speak; I can never say I’m sorry. He can never forgive me. I will live with it forever.

I asked God to forgive me, so I guess he did, right? Great. Honestly. But in this lifetime, I don’t imagine I’ll ever feel any better for knowing that. I can’t go back and change things. I did not do everything I could have done. I am guilty; trust me on this one. I can’t forgive myself. That’s what guilt is right? So, really there is no way to process it.

That you feel guilty about that tragic event is as natural as snow being white. That’s the deal with suicides: they invariably leave behind at least one person who suffers profound, often lifelong guilt over the certainty that they could have done something to prevent their loved one’s suicide. And virtually every single person who has ever felt that way about an adult suicide is wrong about that: there’s never anything that they, or anyone else, could have done to prevent their loved one from taking that tragic final step. (I stress “adults” because younger people are influenced by others to a degree that adults generally are not.)

The real reason an adult ever commits  suicide—the only reason adults ever commit suicide—has little to do with events or circumstances that happen outside of themselves. Trillions of people every day get depressed and emotionally desperate, but don’t kill themselves. The only adults who ever commit suicide are people infected with condition of being suicidal. Your husband was suicidal. It’s who he was. He had that terrible illness in him. It’s not your fault that you didn’t have the cure for it.

You absolutely must understand that you could no sooner have stopped your husband from acting the way his sickness made him act than you can control the weather. It’s possible that in any given circumstance someone can interfere and stop a suicidal adult from taking his or her own life—but that’s almost always just a postponement, not a true salvation. A suicidal person who is stopped from a serious suicide attempt most often tries to kill themselves again, because that’s what suicidal people do. That’s the very mark of a suicidal person. Unless they get intense professional help (and quite often even then), they almost invariably find themselves drawn back to that terribly dark place. And there’s nothing anyone but they can do about that—and, as I say, they are very often ultimately helpless to help themselves.

But do know that no matter how understanding, patient, wise, or compassionate you had ever managed to be, your husband would have still killed himself. The only person who could have stopped him from doing that was him, by seeking the kind of psychological counseling that you must now seek for yourself. (He would have also must certainly benefited from pharmaceutical therapy.) Please seek that counseling. It will help you to begin to loosen the burden of your guilt, which is not yours to carry.

One more thing, if I may. The degree to which you are suffering now, Erin, moves you into God’s territory. You just don’t “ask” God to forgive you for the kind of pain you’re suffering, and then sort of move on. Stay with God on this. God has a lot to tell you now, and you have to carefully and attentively listen to it all. And it may take some time for God to tell you everything he wants you to know. Absolutely get counseling, which is now indispensable to your healing. But at the same time put yourself as fully as possible in God’s hands. Open your heart to his healing through the power of the Holy Spirit within you. The Holy Spirit really is God inside of you, talking to you, whispering to you the truths that right now your mind, soul, and body need to hear. Avail yourself of the one who did allow his own life to be taken so that you, right now, could be healed—and so that your husband, where he is right now, could also find himself whole again.

You and your beloved husband will meet again, Erin—in a matter of what amounts to the blink of an eye. And once reunited the two of you will hug, and kiss, and cry, and remember when your earthly lives felt so awful, so painful, so unbearably difficult.

November 6, 2011
“Caught in God's Blessing: The Beatitudes": A Sermon by Pastor Bob
Next Post

How Jesus Empowered Women (And Christians...
Keith Giles
Books by This Author Books by John Shore