It’s Mom’s choice: her dogma or her daughter 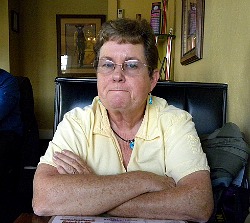 Hi John. I was raised going to a Baptist church, and consider myself very spiritual and close to God. My parents had my brothers and I in the church any time its doors were open. I loved growing up in the church.

I always knew I was “different,” but didn’t fully understand that difference until I got older. I am now 26 and came out to my mother about 10 days ago.

When I first told her, she cried, but her overall reaction was picture perfect. She said things like “you and the person you love will never be excluded from our family,” “the road that chose you,” “your father and I love you no matter what,” etc. I felt good about things—until I met with her a week later, and she told me she has been praying about my life style all week and “can’t come to terms with it.” She said that she could not go against her convictions.

She said that I would be welcome to family events, but that my girlfriend (soon to be wife) will not be invited. She said if she allows us to come to family affairs together, then it shows that she is okay with our homosexual relationship. (She’s also very concerned what my grandparents and “others” will think.) I was in shock. I responded by saying “You are also convicted about premarital sex, yet both of my brothers get to bring their significant others to family events.” I told her I could tolerate this for a little bit but that I wouldn’t do it forever.

I don’t understand how God is “convicting” her so strongly to the point where she doesn’t want to be a part of my life with my partner. Can you help me to grasp what has happened? How did she go so quickly from one extreme to the other in one week? Thanks in advance for your opinion! (P.S. She told my dad the same day I told her, and since then he hasn’t spoken to me at all. I’ve always been a daddy’s girl and never gone this long without talking to him… Help please!!)

So this happens. It’s awful, but it happens. I’m so sorry it’s happened to you.

The first thing is, your mom and dad might very well come around, and sooner than you might now expect. That’s just … part of the process. It’s so common: people come out; their parents freak; some time goes by; the parents settle down; the parents accept their new understanding of who their kids are, and go back to loving them the same as they ever did.

I’m betting that’s how this will go for you and your parents. Your mom’s initial response was her true response; that was the response of her heart. Now she has to go through the process of realizing that she has a very real choice to make between her dogma and her daughter. By saying what she did at her second meeting with you, she was—however purely instinctively—hoping that you would change: that the power of her conviction would change you back into the person that it best works for her if you are.

That effort of hers will fail, of course. And sooner or later she’ll know that it’s failed, that it can’t not fail. And then she’ll be forced to realize that she is going to have to change if she wants to keep you in your life, that literally the only way she can keep from ripping you out of her life is to adjust her theology.

And before long that won’t look to her like anything near the dramatic change it does to her just now.

She’ll see and/or learn how many other people have made that change, to no detriment at all to their faith or religious experience.

And then hopefully (if he hasn’t yet come around) she’ll talk to your petulant, childish father. (Sorry: but it drives me nuts when parents act like children toward their children.)

So hang in there. Let your parents trip. Don’t of course allow them to treat you shabbily or with any disrespect, and do refuse to attend any family event at which your partner isn’t lovingly welcomed. And always let your parents know that you’re more than willing to sit down with them and talk about all of this. This is your life; they’re your parents. They should very much want to at least talk to you about this new development in your relationship with them.

So let them know you’re there, you love them, you’re not tripping, everything’s cool, and then  . . .  see what happens.

And please let me know what does happen. If, say, three months go by, and they’re still freezing you out, or letting you know they think you’re … wrong for being gay, then it’ll be time for you to start constructing for yourself an interior life in which your parents don’t figure as, God knows, they should. 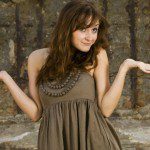 February 27, 2013
The one sin God cannot forgive
Next Post

March 4, 2013 Must he choose between his wife and their gay daughter?
Recent Comments
58 Comments | Leave a Comment
"So... you don't believe in the Holy Spirit, then? According to Jesus, it is the ..."
KraigDeKompressorKruncha Is hell real? What are we, ..."
"Thank you thank you thank you for this! This is exactly my story... Our story. ..."
ashley williams 1 Man, 2 Women In A ..."
"Hello dear Brother in Christ. You are experiencing Child Abuse and if it were possible, ..."
Marion Duncan Pastor calls his Christian teenage son ..."
"I am interested in why we believe that we can measure that which is by ..."
Gary Kennedy Why atheists win arguments with Christians ..."
Browse Our Archives
Related posts from John Shore