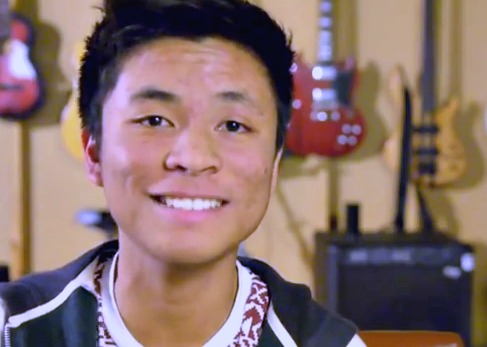 UPDATE: Pastor Danny and his son Drew were invited to the White House on June 30!

I wanted to introduce myself to you. My name is Danny Cortez and I pastor a small Southern Baptist Church in La Mirada, CA. We’re about a mile from Biola University in a very conservative neighborhood.

Anyway, I recently became gay affirming after a 15-year journey of having multiple people in my congregation come out to me every year. I scoured through your whole website and read everything I could. And it was especially the testimony of my gay friends that helped me to see how they have been marginalized that my eyes became open to the injustice that the church has wrought.

In August of 2013, on a sunny day at the beach, I realized I no longer believed in the traditional teachings regarding homosexuality.

As we got out of the car, I could tell he was puzzled. so I asked him what he was thinking. In the parking lot, he told me in a nervous voice, “Dad, I’m gay.” My heart skipped a beat and I turned towards him and we gave one another the biggest and longest hug as we cried. And all I could tell him was that I loved him so much and that I accepted him just as he is.

I couldn’t help but think that my 15 year journey was in preparation for that moment. If it wasn’t for this 15 year journey and my change in theology, I may have destroyed my son through reparative therapy.

My son decided to make a coming out video on YouTube on Feb 7, 2014 which he posted on Facebook. [See Drew’s video below.] I then told my church on Feb 9 about my new position. [See Danny’s video below.] However, I expressed that my goal wasn’t about trying to convince everyone what I believe, but that we should allow room for grace in the midst of disagreement. I shared that the body of Christ is segregated every sunday between gay affirming and non-gay affirming and that there must be unity and love.

Unfortunately, many weren’t pleased, so the church had to vote whether to terminate me or accept my proposition. On March 9, the church voted instead to prolong the period of prayer, study and discernment until May 18. We then invited teachers, both gay and straight, from both sides of the debate to speak to our church.

The church just voted two Sundays ago, on May 18, 2014, to not dismiss me, and to instead become a Third Way church (agree to disagree and not cast judgement on one another—see Ken Wilson’s book, “A Letter to my Congregation”). This is a huge step for a Southern Baptist Church!!

So now, we will accept the LGBT community even though they may be in a relationship. We will choose to remain the body of Christ and not cast judgement. We will work towards graceful dialogue in the midst of theological differences. We see that this is possible in the same way that our church holds different positions on the issue of divorce and remarriage. In this issue we are able to not cast judgement in our disagreement.

Unfortunately, many who voted to remain traditional will now separate from us in a couple of weeks. We are in the period of reconciliation and forgiveness. Please pray for us in this. Then on June 8, we will formally peacefully separate, restate our love for one another, and bless each other as we part ways. It has been a very tiring and difficult process.

All of this to say, I believe God is moving in beautiful ways. And I’m thankful that you were part of my journey through the many things I processed through your writings. I pray that you would be encouraged that a conservative evangelical church like ours has embraced the LGBT community.

I am now in conversation with other pastors who are now wondering what in the world we are doing. I’m thankful for these opportunities. I pray that the church will no longer be segregated. I pray that those who have been marginalized would feel safe in our churches. I pray that we as the church would set aside our difference and learn what it means to be the body of Christ. So please keep us in your prayers as the road ahead promises to be filled with difficulty. Thank you again for helping me through my journey.

Below is the coming out video made by Pastor Cortez’s son, Drew. Drew’s honesty, sincerity, kindness, strength and sensitivity are extraordinary.

And here is Pastor Danny Cortez, Drew’s father, speaking to his church on Feb. 9th. This is an honest man of God sharing his heartfelt, hard-won testimony of how he came to understand, despite everything he’d been taught to believe, that it is no sin to be gay. Danny’s strength, coupled as it is with his humility, is mightily inspiring.

Bless you, pastor Cortez. And bless you, young Drew. You guys make me proud to call myself a Christian. 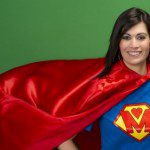 May 28, 2014
Gay Christian teen beaten up, then saved by REAL Christians
Next Post