“We’re Christians whose son-in-law has come out as transgender. What do we do?”

“We’re Christians whose son-in-law has come out as transgender. What do we do?” September 22, 2014 John Shore 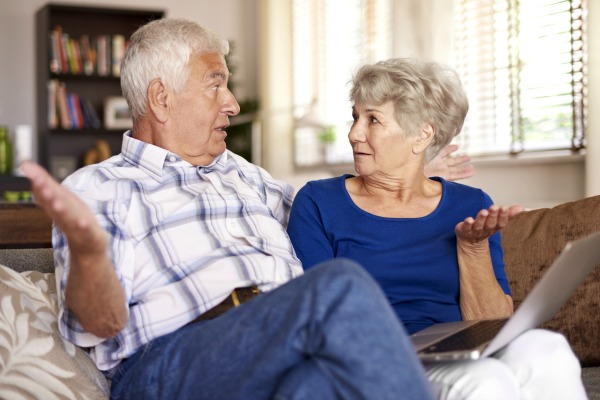 Got in this letter. My answer follows it.

I’m a Christian who’s an LGBT ally. The rest of this letter may make you think that I’m not, but I promise you that I am. I’ve done lots of research and soul-searching over the past few years (including your book UNFAIR: Christians the LGBT Question, and I’m convinced that gender and sexuality aren’t matters of either choice or sin. My husband and I took on the roles of parents of one of the brides for a young gay woman we know and love whose own parents wouldn’t attend her wedding.

About a week ago, we got a text message from our married daughter, saying that a “difficult” email was on its way, and that we should call her to talk about it.

The email was from her husband, saying that he’s realized that he is transgender, and that he will be starting the MTF [male-to-female] process in the next months.

Despite our LGBT ally status, we’re kind of devastated. My daughter is broken-hearted; she still loves him (and I’m going to keep using ‘him’ because this is so new, and my daughter is still using ‘him,’ and he hasn’t done anything yet. Also, it just makes semantic sense for the rest of the letter. It’s probably not the correct thing to do. Forgive me.)

So here’s the situation: they’re staying married, because they love each other and they have a beautiful little girl whom they adore. Although my son-in-law is attracted to my daughter, she is not, in return, attracted to him in his new identity as a woman. So my daughter now describes their relationship as that of “two good friends who love each other and are raising a child together.” But she’s very sad, because she feels that she has lost her husband, the man she fell in love with—and, because they’re staying together, she feels that she will never have a chance at the marriage she wants. For the sake of their little one, she doesn’t see the possibility of ever leaving him.

I’m just so, so sad for her. She has already had a very difficult life—a terrible accident as a teen that caused a permanent physical disability, and their little one was born with multiple disabilities. And once her new situation becomes widely known, she may very well lose relationships with several extended family members who will not be understanding or accepting in the least.

And in my family at large, this is just one more thing; in the past dozen years, my immediate family has experienced, in one member or another: devastating injury, drug use, mental illness, suicide attempts, death, joblessness, near-homelessness, bankruptcy, extended hospitalizations, and marital dysfunction.

So . . . my problem isn’t really with my transgender son-in-law. He’s told us his difficult journey of depression and discovery, and I have great compassion for him. It’s more trying to deal with an overwhelming sadness, and with the sense of having been abandoned by God. I don’t know how to pray about this situation, and I’m not even sure if God is particularly interested in answering my prayers.

Now that I’ve gotten to this point in my letter, I’m not even sure what kind of response I want. Maybe some sort of reassurance that, despite having been dumped on for over a decade, our family is still loved by God. Maybe suggestions on how we can help our conservative family members to understand this unique situation. Maybe stories of similar families you know who have made this kind of situation work for them. I’ll say one thing for my conservative Christian friends—they can pull out an encouraging verse for every situation. But when you’re a person who’s full of doubt and sadness, even that is lost to me, and I kind of miss it.

Your family is most certainly still loved by God; being the very essence of love, God by his nature cannot but love your family. But this does not mean, alas, that your family will be free from suffering. In the fullness of every life suffering comes. But a person who is suffering is not a person who has been abandoned by God. In truth the suffering person is drawing nearer to God. It’s through suffering that our ego—our self-identity, the persona with which we daily arm ourselves—breaks, or at least loosens its grip upon us. And into that space God, if asked, will rush.

To live is to suffer; to suffer is to move toward God; in God we are restored. The entire purpose of the incarnation and death of Jesus Christ was to prove that as graphically (which is to say as memorably) as possible.

To be a Christian is to have faith; to have faith is to have hope. So don’t despair. The story of your family isn’t finished yet. You don’t know how any of it will turn out. What you do know is that God, through Jesus (and, I believe, through other means, and through other prophets, all around the world and throughout history), has promised that in the future all of us will be delivered from our pain.

As you are sensitive and informed enough to understand (thank God), what’s happened to your son-in-law is a good and healthy thing: she has come into herself.

It is not a foregone conclusion, however, that this positive development in her life must come at the cost of the deterioration of the quality of your daughter’s life. Given the love between them, and the bond of their child which keeps them in such strong union, your daughter and her partner have an outstanding chance of growing into a life together which is every bit as passionate and connected as the life they’ve known until now.

Your daughter may have lost the man she married. But she did not lose the person she married. And from what you’ve said she still loves that person very much.

Bottom line: Just because the sexual relationship between your daughter and her mate won’t be the same doesn’t mean it won’t be better. The best and richest sexual intimacy is, after all, born of love. And love, like life itself, always finds a way.

The marriage that your daughter has at this moment may not be the one she always wanted. But it may very well develop into a marriage better than any she could have imagined.

And if your daughter and her mate do not find their way into living what becomes for them the new normal, is that the end of the world? Every marriage faces challenges that half of them don’t survive. The great news is that if your daughter does get divorced, hers can be that rarest of things: a truly amicable and mutually supportive separation, free from any of the animosity that attends most divorces. At the very least they’re guaranteed that. That’s no small blessing.

Before despairing of it, give your daughter’s marriage time. People with reason to do so adjust, adapt, find new ways to be, to live, to love, to understand, to appreciate and serve one another. There’s no reason to suppose that your daughter and her partner won’t do that, too. It sounds to me like they will.

And yes, those close to them will have to appreciate and support your daughter’s new normal. If ultimately they lack the emotional and intellectual capacity to do that—if they prove incapable of being, as you put it, “understanding or accepting in the least”—then what a shame and a loss for them that is. It is not, however, your family’s burden to bear. That burden (and all the forms it takes) belongs to them and theirs.

Finally, the Bible is meant to comfort all, in equal measure. Its wisdom, and the solace it imparts, belongs as much to you as it does anyone else. Read, hear, use, listen to the Bible as you care to. As much as it was ever written for anyone, it was written for you.

I’d appreciate your getting in touch with me in six months or so to let me know how everyone is doing. In the meantime, please give your daughter, her mate, and your husband every last bit of our love. 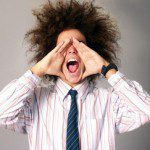 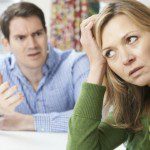 September 24, 2014 When Christian parents of a gay teen disagree on homosexuality
Recent Comments
66 Comments | Leave a Comment
Browse Our Archives
get the latest from
John Shore
Sign up for our newsletter
POPULAR AT PATHEOS Progressive Christian
1

The Social Dilemma: Is Christian Community Even Possible...
I watched The Social Dilemma the other day—mostly because I saw everyone...
view all Progressive Christian blogs
What Are Your Thoughts?leave a comment
Copyright 2008-2020, Patheos. All rights reserved.