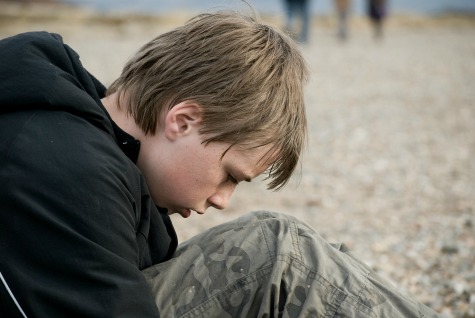 I’ve been trying for hours to think of how to respond to the poor young person who wrote me the letter below. Usually I tell teens in this situation to simply lie to their parents: say you’re straight; smile a lot; get what love from them you can; get out. I advise this because I know often “Christian” parents throw their gay teens out of their house, and having to lie to your parents is a whole lot better than being homeless. But in this case the letter-writer is absolutely clear that lying for them (again) is not an option. So for the first time in nearly eight years of doing this, I have no advice to offer. If you do, share away.

My name is [deleted]. I’m a genderfluid, pansexual Christian. I’m a 17-year-old high school senior. I live in rural Middle Tennessee with my Southern Baptist Pastor father and my ultra-conservative mom and brother.

I recently tried to come out to them, thinking it would be a weight off my shoulders. When I did my parents put me on lockdown. I wasn’t allowed to go anywhere, do anything, or operate any personal electronics without direct supervision.

Worst of all was my dad saying I wasn’t a Christian. I was forced to quit singing in my church choir and praise team, and was told that I wouldn’t be allowed to resume such activities until I confessed my sins to the church.

After a while I became re-convinced that, of course, my dad was right. The Bible was right. I was in sin. So I gave it up. I told them that they were right, that I wasn’t gay, that I needed help, etc. I thought it would make things better for me. It didn’t. I could sing and teach like I could before, but it wasn’t the same. I felt trapped again.

Once again, I began wanting to die. These feelings hadn’t surfaced since before I came out. I started sneaking behind my parents’ backs, reading as much gender-affirming, sexuality-affirming, and progressive-Christian stuff as I possibly could. Your blog posts were like a balm to me during this time. I began to remember that I wasn’t alone, and that Jesus loves me for who I am.

I thought I could go on like this—being true to who I am but on the outside hiding my true self from my parents—until I graduated from high school. But then I got caught.

This time I told the whole truth. It was all exposed now. My dad lost it. He took away my phone, car keys, and laptop access. Coming Out, Part Deux. I was put on an even shorter leash than I was the first go-round.

But this time it was even worse, because this time my dad called me demon-possessed to my face, said I was a disgrace, a liar, a poison, and that for him to ever try to rebuild our relationship, I would have to “get right with God.”

I can’t lie again. I won’t go back to that hell. But I don’t know what to do.

I love Jesus. I love the act of formal worship in church. I love singing praises to God amidst others doing the same. But I can’t do that any more. I can’t do any of it.

Maybe my dad’s right, and I’m possessed, or maybe I’m right, and God loves me for who I am.

I also love my dad. He just genuinely wants what’s best for me. I don’t want to hurt him or my mom, who stood by him “like a good wife should.”

What do I do? They won’t listen to reason. I’m not old enough to leave. I don’t know how I can stay.

Thanks for listening. It means a lot. 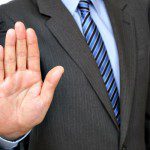 October 10, 2014 Pastor torn between being an LGBT ally and being angry with a young father who suddenly wants to live as a woman
Recent Comments
248 Comments | Leave a Comment
"Thank you thank you thank you for this! This is exactly my story... Our story. ..."
ashley williams 1 Man, 2 Women In A ..."
"Hello dear Brother in Christ. You are experiencing Child Abuse and if it were possible, ..."
Marion Duncan Pastor calls his Christian teenage son ..."
"I am interested in why we believe that we can measure that which is by ..."
Gary Kennedy Why atheists win arguments with Christians ..."
"Tell him there is a bigger world out there and many churches now accept LGBTQ+ ..."
John Sweet Pastor calls his Christian teenage son ..."
Browse Our Archives
Related posts from John Shore