Priest denies confession to girl desperate to tell her secret

[Author Paolina Milana sent me the below, which so impressed me I wanted to share it here—especially in light of the recent Duggars story, which has so much to do with the toxicity of secrets. It’s an excerpt from her recently published memoir The S Word.]

The little red light at the top of the confessional turned to green. Somebody came out: a mom-looking lady. She wasn’t much taller than I was but was rounder in the middle. Her hair was the same dirty dishwater blond as mine but not nearly as long or curly. She smiled at me. From the look on her face, I could tell she had gotten a prescription for a clean slate: I estimated five Our Fathers and two Hail Marys.

I wondered what my penance would be.

I tried to calm my nerves by carefully scrutinizing the entire line of those who had come to confess, praying for redemption. An old man. Bald. Looking at me looking at him. Another girl. We were probably the same age—fourteen—but she actually looked the part.

I folded my arms across my growing chest.

I tried not to think of him: the police officer 26 years my senior who was supposed to serve and protect.

“Six of one, half dozen of another. Now we’re even.” That’s what he said; the last thing he ever said to me.

I was only 13 years old, working at The Donut Shop, when I first saw him: his strawberry-blond hair and that Cheshire Cat smile. I had forged my birth certificate to get the job. My family needed the money. I wondered how old Officer Gunner thought I was.

He was a secret. Just one of many I tried to keep. Partly due to our family’s unspoken Sicilian Catholic family code, we stuffed down our secrets. And I was good at it. But lately, all the secrets were starting to suffocate me. So I decided to share them with God, or at least His earthly representative, today in church during confession.

With five minutes to spare, the red light turned to green as one more sinner exited the confessional and one more entered the confessional: me. I silently thanked Jesus for getting me in on time. I shut the door behind me, imagining the green light turning to red outside. I knelt down on the sparse pad. A chill wrapped itself around me. It smelled so cold, like that time the air conditioner went out in my father’s car and ghostly fumes came out of the vents.

Whenever I was in the confessional, I wondered if this was how it felt to be sealed in a coffin—an ornately carved mahogany coffin, standing up.

“Bless me, Father, for I have sinned. It’s been about a year or so since my last confession.”

I waited—for what, exactly, I don’t know. But whatever it was, it didn’t come. I took a deep breath. I was ready. I opened my mouth to speak. But I needed to build up my courage to say what I had really come to say, so I started out with the amateur stuff: not honoring my mother and father, not always telling the truth, not going to church on Sundays, not being so very nice to my little sis—

“Not going to church on Sundays?” Father Tierney interrupted.

“Why haven’t you been going to Sunday Mass? What possible reason could there be to not keep the Lord’s Day holy?”

Part of me thought this was a test. Or a trick question. “Well, Father, I . . . I have to work on Saturdays and Sundays. My shift—”

“Nothing could be more important.” His voice trembled, because of age or anger, I wasn’t sure. “Nothing!”

“But, Father . . .” Either nervous or incredulous, I nearly started laughing. “Father, I can’t—”

“Promise me you will come to Mass next Sunday.” The church organ started to play some ominous tune.

I paused for a moment, not really knowing what to say. “Father, I already know I’m on the schedule for next week. I can’t promise you, because I’d be lying.”

“Promise me you will come to Mass next Sunday.” Father Tierney’s voice grew louder. “Promise.”

“Promise me, or I will not absolve you of your sins.” His voice was so loud now, I was certain anybody standing outside could hear. And my heart sank with the realization that he was serious, and I was in trouble.

My voice became very small. “Wait. No. Father, you don’t understand. I have to tell you. Please let me tell—”

“If you’re not willing to commit to being at Mass next Sunday, I cannot absolve you of your sins.” The little screen to salvation slid shut.

I stared at what had been a window of lacy light. I listened to the pipes playing and the people singing outside my door. I could hear Father Tierney breathing. I wanted to tell him. I needed to tell him. I whispered, more to myself than to anyone there, “Father? Please . . .”

The man behind the screen clumsily moved about his box and exited the confessional. I remained in that box. Alone.

The processional hymn ended, and some other holy man began to speak. I heard the faithful respond with a chorus of “amen”—a word that means “I believe.”

As I rose to leave, all I could think was that I no longer did. 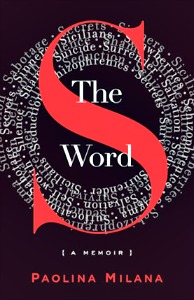 Paolina Milana is the author of The S Word, a memoir about secrets…those a young girl coming of age in the middle of crazy does her best to keep—secrets about her Mamma’s schizophrenia; secrets about her sexual awakening; secrets about her seduction that turns to rape; secrets about being the good Sicilian Catholic girl—so many secrets that silence and nearly suffocate her, until she finds the strength to save herself and to realize her own self-worth. Born and raised in Chicago, Paolina currently lives on the edge of the Angeles National Forest in California. She blogs at PaolinaMilana.com and welcomes the opportunity to share her stories with interested audiences. 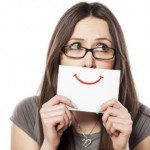 May 29, 2015 Attack kitty sayz: "Can I haz no gayness now?"
Recent Comments
23 Comments | Leave a Comment
"So... you don't believe in the Holy Spirit, then? According to Jesus, it is the ..."
KraigDeKompressorKruncha Is hell real? What are we, ..."
"Thank you thank you thank you for this! This is exactly my story... Our story. ..."
ashley williams 1 Man, 2 Women In A ..."
"Hello dear Brother in Christ. You are experiencing Child Abuse and if it were possible, ..."
Marion Duncan Pastor calls his Christian teenage son ..."
"I am interested in why we believe that we can measure that which is by ..."
Gary Kennedy Why atheists win arguments with Christians ..."
Browse Our Archives
Related posts from John Shore