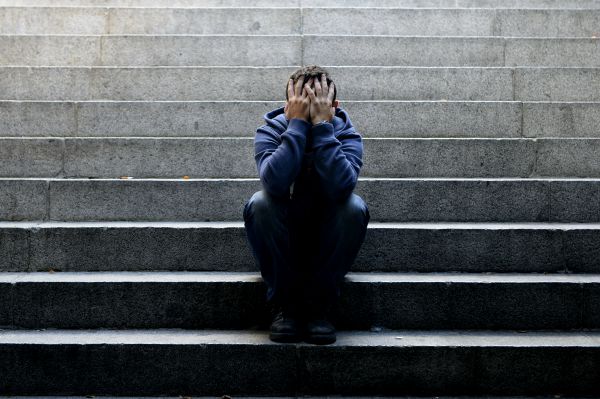 Over the past couple of years, I often wondered if my son was gay. But usually I was able to explain it away or otherwise put it out of my mind. This past February, however, there simply was no denying it any longer, and I confronted him about it. He was instantly terrified and thought for sure that his father and I would kick him out of the house and disown him. Nothing could have been further from the truth. While not the path I ever saw one of my kids traveling or me trying to negotiate as a parent, he is still my son and I LOVE HIM. I refuse to “lose” him because of his orientation.

While that might sound like a normal healthy response, it was very unexpected for our son, because of the environment in which he has been raised. Since kindergarten he has attended a fundamentalist-based, deeply legalistic Christian school. 75% of our friends, family and acquaintances are fundamentalists. He has been taught that gay people go to hell, and that there is no hope for anything different.

He has told me many times that he doesn’t want to be gay, and that he has prayed every night for years that God would allow him to be “normal.” He’s shut down all of his emotions. He’s starting to experiment with drugs and alcohol to dull the emptiness inside. He’s crying out for help. I’m trying to be there for him, but he keeps pushing me away like he has done for years. He has been doing some counseling and is willing to do more. We’ve tried an anti-depressant, but it doesn’t seem to make any difference. His ability to lie to me/us is a constant issue, and he readily admits that he feels absolutely no remorse when he does lie. He’s become somewhat overweight and just eats junk and drinks too much soda and expensive coffee drinks. (Manifestation of self-hatred?)

I stumbled across your site yesterday and wondered if it was an answer to prayer. He’s “out” to close friends, but no one else. I don’t believe he is suicidal, but I want him to be happy, healthy and wise. I don’t know how to help him. Even though I refuse to “lose” my son because he is gay, I feel like I might be losing him anyway… .

Anything you could offer would be so appreciated.

Your son is going through one of the most difficult things anyone could—something that no one should ever have to live through. He believes that he is evil, perverted, a shame to God. He believes that the world is worse off for his presence in it.

That he has been taught to feel that way about himself is a wrong on the order of genocide, murder, and rape. Every person is born with the instinct that they belong, a natural, innate trust that their very existence is proven valuable and justified by the simple, wondrous, and undeniable truth that they do, in fact, exist. Woven into the human DNA is this organic, intrinsic delight in simply being alive, this intuition that if we are, then we are good. All children and most adults possess this irreducible joy of being.

That joy in your son was systematically and methodically decimated by a twisted, ruinous, pig-ignorant “theology” unworthy of the word. Christian fundamentalism is a factory whose primary product is fear, hatred, and self-loathing. (See The Fundamentally Toxic Christianity.)

I know that this might seem harsh, or unduly challenging, but if you want to save your son, then you and your husband must renounce the theology in which you inculcated him. You have to sit him down, and, rather than confront him about it, tell him that his being gay has compelled you to realize that the Christianity in which you raised him is incompatible with the loving nature of God, and no longer has any place whatsoever in your hearts and minds. And then you need to apologize to him like you’ve never apologized in your life.

If you say that you love him, but then stay where you are within Christian fundamentalism, the message you will necessarily be sending your son is, “We love you, despite the fact that you are perversely defective.” That’s a confusing and toxic message. The message he needs to hear from you is, “We love you, and understand that being gay isn’t a sin.” And the only way to send him that message is to separate yourself from the belief system and practice which holds that being gay is a sin. (He will also benefit from hearing this same positive message at the Not All Like That Christians Project website. I also recommend that you and your husband visit the nearest chapter of PFLAG [Parents, Families and Friends of Lesbians and Gays]).

I don’t get a lot of questions to which the answer is simple, but this one is. Reject Christian fundamentalism, or know that by failing to do so, you are very clearly communicating to your son that his very existence is anathema to God, to nature, and to everything good.

Start with your complete and utter renunciation of the Christianity in which you raised your son, and he has a chance at happiness. Don’t, and please let me know, so that we can pray for the boy.

UPDATE: If you’re wondering why I’ve shut down comments on this post–and why I finally moved my blog back to JohnShore.com–peruse the comments to this post below.

August 7, 2015
Here's what happens when you yell at your employees
Next Post